Canyon’s latest ‘bike’ makes a bold claim — that it could be the next major concept in urban transportation.

Today, Canyon Bikes revealed two new e-bikes that focus on the “future of mobility.” But as cool as e-bikes are, the real excitement lies in Canyon’s Future Mobility Concept — a pedal-powered vehicle that blurs the lines between e-bike and car — also announced today. 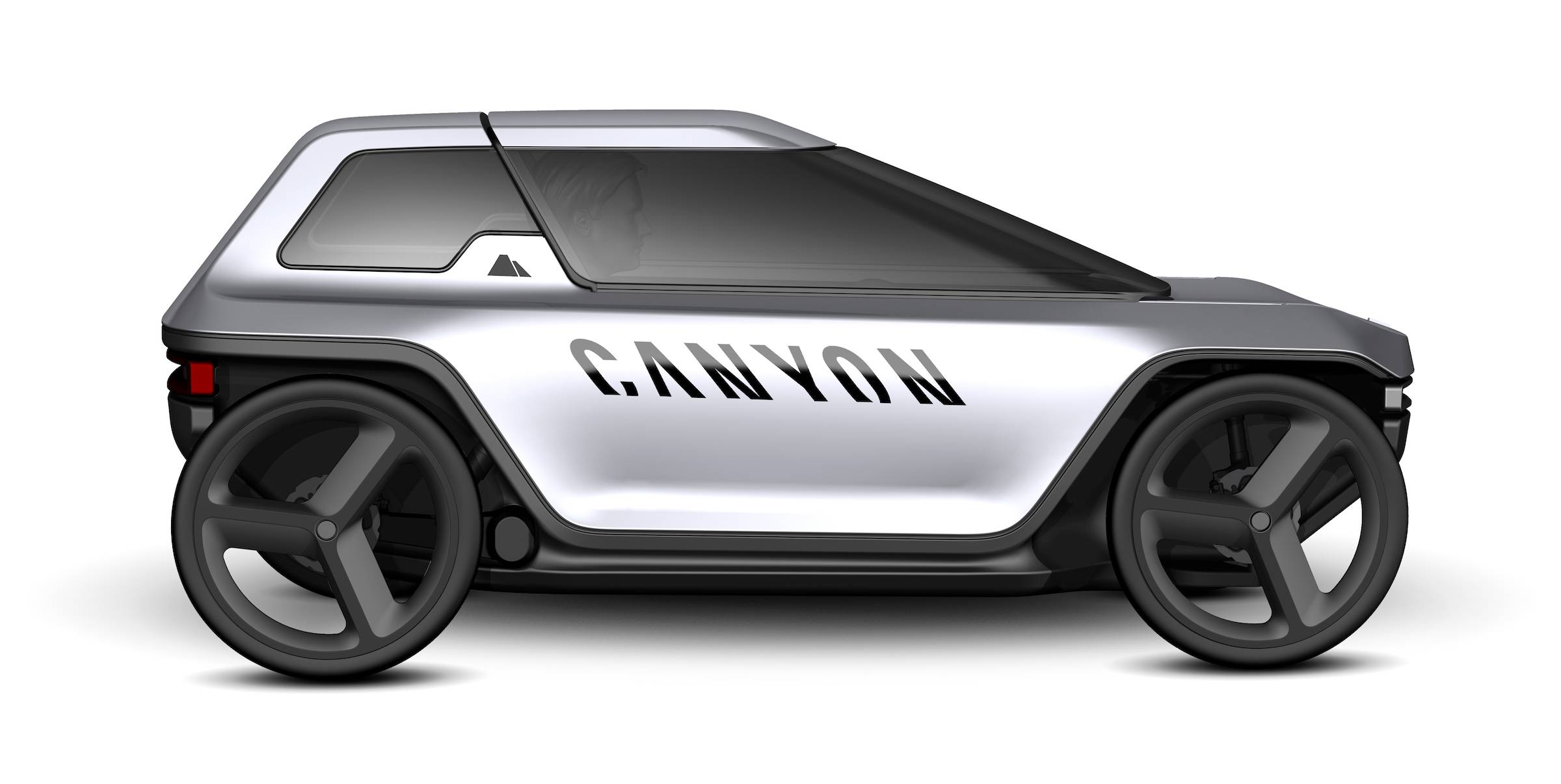 Canyon’s built its concept vehicle around three things: being better for the environment, adapting to both streets and bike lanes, and combining the power of an e-bike with the exterior design (and interior comforts) of a car.

While it looks like a small car, this is still very much a bicycle: like a manual or e-powered recumbent, the Canyon concept relies on a user pedaling to power the vehicle. Steering “handlebars,” or joysticks, are located on either side of the rider.

However, unlike a bike, Canyon’s concept vehicle has four wheels, a passenger or storage area, and a fully enclosed interior to protect the rider from the weather. It will also have front and rear headlights, a heating system, and wipers.

The kicker? It’s compact enough to fit in a bike lane but fast enough — and equipped enough — to perform like a car on some streets.

“The concept is not just a unique vision for the future of urban mobility, it lays the groundwork for creating bicycles and forward-thinking concepts that enable [users] to seamlessly move between roads and bike infrastructure alike. This is the future,” Canyon wrote in its press release.

So, how much will it cost? That’s a big and important question for people considering this as a “daily driver.” But like many concept vehicles, Canyon didn’t give us that detail in this tease.

So for now, we’ll keep a lookout for more information about this interesting marriage of electric car and enclosed recumbent. It just may provide a mobility backbone for cities of the future.

Up Next: Tackling the Technical: Canfield Puts ‘Super Enduro’ Bike to the Test