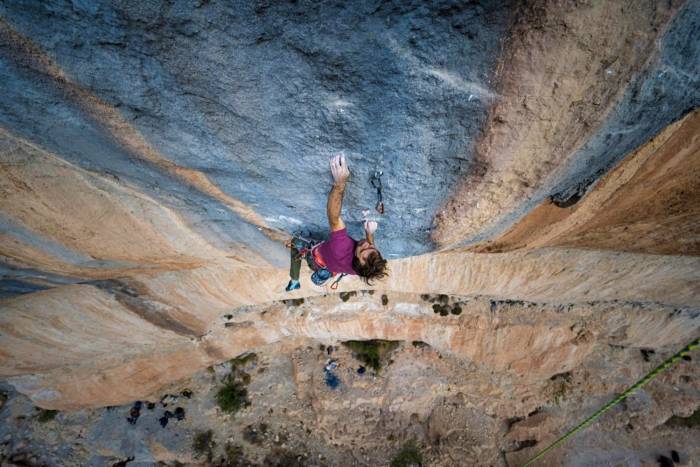 The longtime king of sport climbing has largely subsided in his penchant for unlocking the world’s hardest routes. But that doesn’t mean he’s not still working toward his typically ambitious goals.

Chris Sharma did not become the world’s first 5.15 climber without massive reservoirs of motivation. That’s always been clear in his climbing style and attitude, both of which reverberate with desire and psych.

The Californian balanced on the cutting edge of sport climbing longer than anyone else to date. And now, 21 years after the first ascent of “Realization” (or “Biographie,” the first 5.15a climb on the planet), he’s still climbing hard with everything he’s got.

Sharma first teased “Sleeping Lion” over a year ago. He said he discovered the route by surprise at the crag’s El Pati sector, a hidden gem he’d been walking right past for 15 years. The line charges up a deep blue streak, just like “Biographie” and many other Sharma classics.

The veteran climber called it “perhaps one of the nicest routes in the area” and asserted that “[i]t’s been a while since I felt so giddy and excited about a new route.”

“[I]t’s waking up and it’s hungry!!!” he wrote at the time — either referencing the route itself or nodding to his own metaphorical condition.

However, that was 13 months ago, and Sharma hasn’t exactly peppered the sport climbing world with news since then. I’d be highly surprised if he was taking what looks like a lack of success on his main objective too personally — but he did divulge after “La Reina Mora” that the long effort has affected him.

“With so much falling/failing it sure is nice to remember what it feels like when it all clicks,” he wrote. “Loving these days in beautiful Siurana!”

Will the original king of the sport climbing jungle stir awake to roar again? I bet so — I can already feel the ground start to shake. 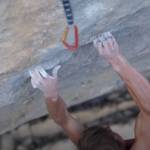 When you live on the limit of adventure sports, sometimes it turns out you’re even farther ahead of the curve than you thought. Read more…