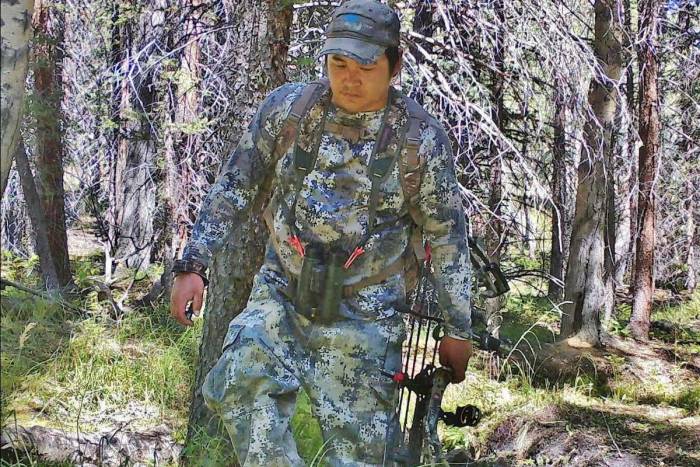 The search is on for a poacher who illegally killed a moose in Colorado and left it to rot. Officials seek the public’s help identifying a person of interest.

With trail camera footage captured near the scene of a 2021 poaching incident, Colorado Parks and Wildlife (CPW) now seek an individual who shot a bull moose with a bow and arrow — and then left it to die.

The incident occurred in Teller County, west of Colorado Springs, in September of last year. But Colorado Parks and Wildlife (CPW) just released images of a suspect on August 15 in hopes of public assistance.

If you recognize the individual, CPW asks that you report them so justice can be served, the agency said in a news release.

Rewards are available if the information leads to an arrest or citation, CPW said.

The dead moose was discovered on Sept. 18, 2021, after someone reported it to CPW offices.

Several CPW officers then found the bull moose carcass. Their investigation concluded that a suspected poacher had shot the moose with an arrow, and then attempted to remove the head.

“Ultimately, the suspect laid tree branches and sticks across the carcass in an attempt to hide it,” CPW stated.

Those who reported the incident had posted game cameras, allowing officials to collect photos and video of the suspect.

One camera recorded video of the bull moose alive on the morning of Sept. 16. Then the cameras show an unidentified archery hunter about 5 hours later, CPW said.

Officials hope that someone saw the hunter or their vehicle parked on the roads, or heard conversations about the moose being killed, CPW Officer Travis Sauder said.

“This is poaching and it’s illegal and we want to catch the person who did this,” said Sauder, assistant area wildlife manager for the Pikes Peak region. “This moose was treated unethically and that is something we take very seriously. But we need the public’s help catching whoever did this.”

“There are probably other examples of this happening, but I can’t think of any specific cases,” Vogrin said.

Since their reintroduction to Colorado in 1978, moose have become an iconic part of the Colorado landscape, according to CPW. Officials estimate the current population at 3,000 animals, which have spread throughout the state.

“While this creates many wonderful opportunities to photograph, view and hunt these animals, it has also come with one major drawback: every year moose are negligently harvested by elk hunters,” Sauder said.

Anyone illegally injuring or killing wildlife may face misdemeanor charges. They include harassment of wildlife, hunting big game without a license, illegal taking of wildlife, and reckless endangerment.

Depending on the charge, convictions can result in fines and surcharges ranging from $750 to $13,000 and up to 6 months in jail, CPW said.

Sauder encouraged anyone with information about the incident to contact CPW at its Southeast Regional office at 719-227-5200.

To provide information anonymously about a wildlife violation, the public can contact Operation Game Thief at 877-265-6648. You can also dial #OGT from a Verizon cellphone, or email game.thief@state.co.us. 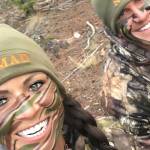 The famous bowhunting couple will appear in federal court, where they face a laundry list of charges. Read more…