From ‘modular’ electric cars to luggage you can literally ride to the gate, here are 10 products aimed at taking tech to the next level. 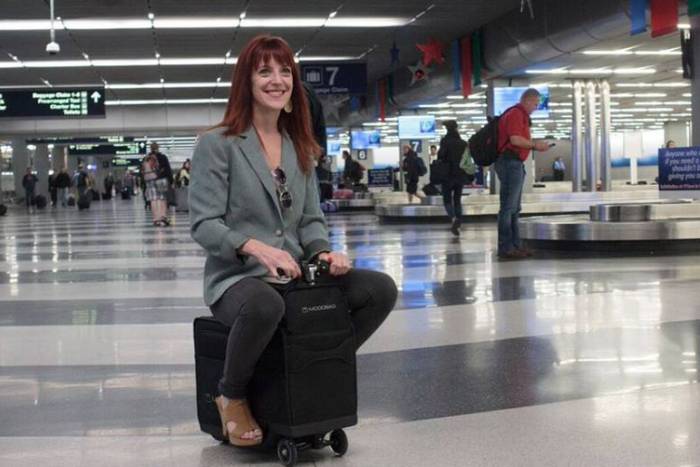 Over 170,000 people from almost every country on earth have descended upon Las Vegas this week. And while many of them are looking to hit it big, it has nothing to do with gambling.

They are all in attendance at the 50th annual Consumer Electronics Show (CES). A wealth of next-wave technology from big brands and startups alike is on display. Here’s a peek at some of the coolest gear we culled from the show so far: 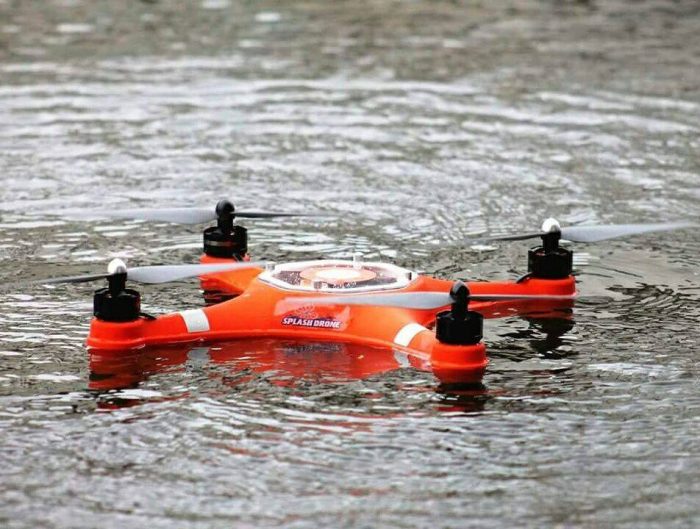 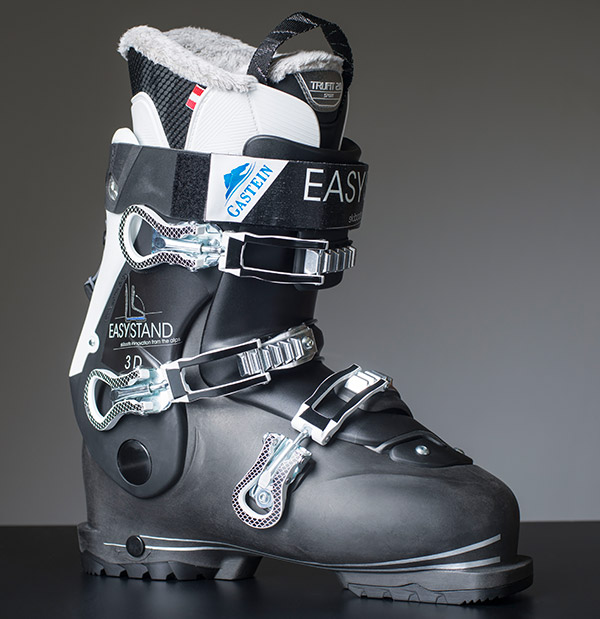 Hold your horses! The 3D-printed boot is just an example of the versatility and application of Windform’s FX Black base material. It’s up to you what you make with it. But the polyamide substance behind the FX Black is highly flexible and resistant to deformation from impact or use.

The primary drawback of carbon fiber is its rigidity and tendency to break rather than deform (like steel). The SpeedX Unicorn (great name) integrates a Vibration Control System at critical stress points to dampen bumps. And that’s just what’s new. SpeedX made its name by fabricating ‘smart bikes’ that feature built-in power meter, speedometer, GPS, and numerous stat-trackers. 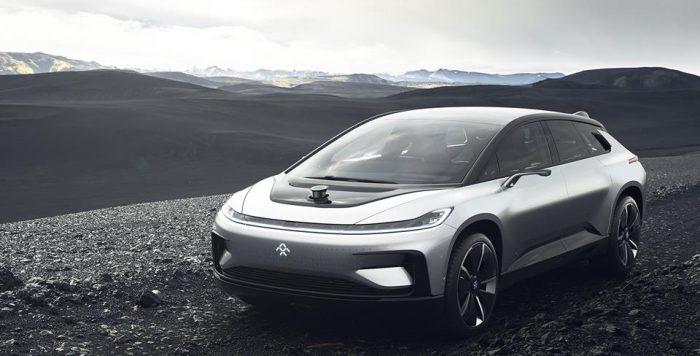 Tesla may have some serious competition on its hands in the electric vehicle market. Faraday debuted its electric crossover wagon at CES and made headlines with its—no joke—1,050 horsepower FF 91. The China-based manufacturer claims its car will be the most technologically advanced when it hits the market in 2018. Its modular design will allow easy rollouts of sedans, SUVs, trucks, or whatever drivers want. Its features include RADAR/LIDAR for automated driving and parking, self-opening doors, a heads-up display. Want one? You can pre-order the $180,000 FF 91 with a $5,000 reservation. 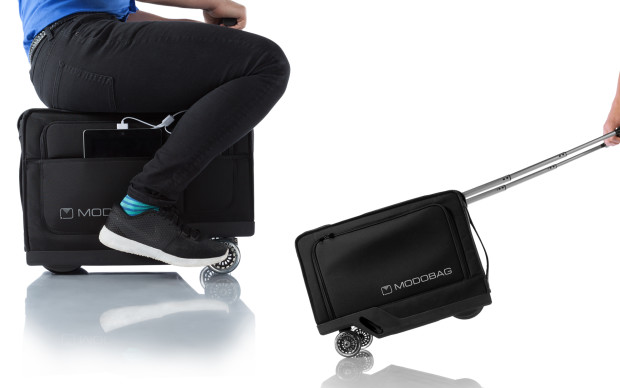 You can now travel the globe without ever leaving your keister. The Modobag is entirely TSA-compliant, fits in overhead cabin spaces, and did we mention it has an electric motor, brakes, and a throttle? The Modobag is available now on Indiegogo for the astounding price of $1,100.

Track your heart rate, distance, cadence, and more, and check those metrics against your baseline. What’s more, you’ll do it from your ears. The Bodytrak purports to be the most “non-invasive” data collector. 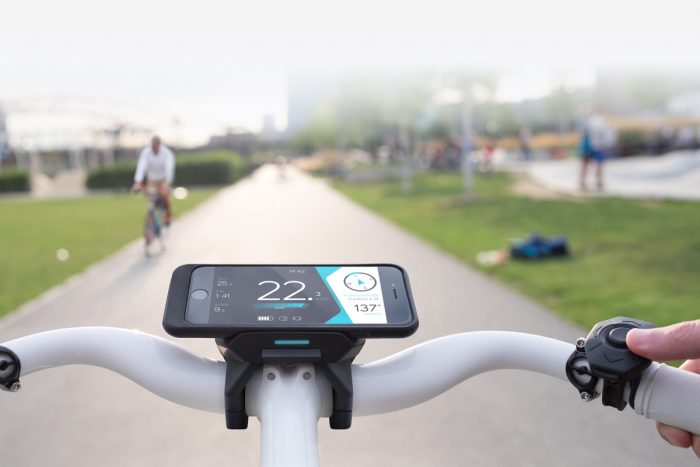 Outfit any bike to become a smart bike with the COBI suite of integrated add-ons. Front and rear lights that automatically activate with conditions, brake lights and turn signals, theft sensors and alarm system, phone charging, and an app for your metrics are included. At $340, it’s almost as much as a second bike.

Ride faster outside, train inside. The Falco is an electronic wheel that provides an assist for outdoor riding conditions. But it also pairs with training apps that let you virtually race against others. The Falco collects and reports your metrics through any app that uses ANT+ software.

Turn your shoes into a biometric running lab. The Arion by ATO-GEAR are ‘smart’ insoles that evaluate the way your feet land. It gives feedback to help improve your stride and reduce injury risk. It also captures standard metrics like cadence, speed, time, and distance. 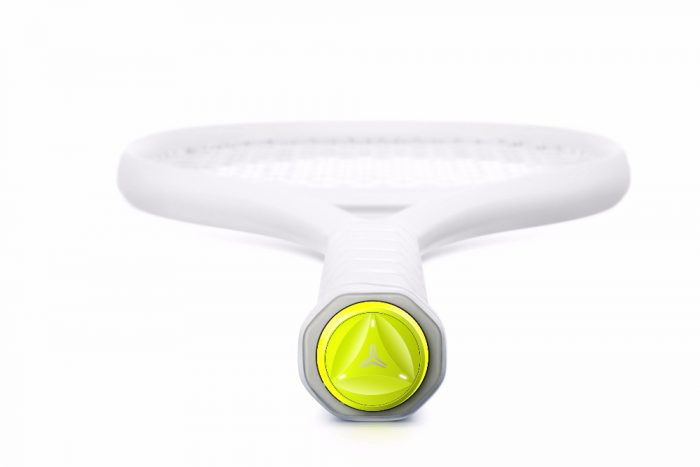 Pop this sensor into your racket and instantly receive data on swing speed and calories burned, record your workouts, and even receive video of your form. The Coollang launched with a badminton sensor, so the next logical step was tennis. We received word from the brand that a baseball bat sensor could be next.

Up Next: Exclusive! Goal Zero Just Announced A Gas Generator