POC Sports builds a lot of safety gear for cycling, snowboarding, and skiing. Now, POC has embarked on a new initiative with Volvo Cars to further advance cyclist safety.

Volvo has made waves in auto safety for many years. And its next outside-the-box project deals not with who is inside the car, but with how the car interacts with humans on the street — specifically cyclists and pedestrians.

The company already employs advanced technologies to avoid collisions with people walking or cycling on the streets. Volvo’s Cyclist and Pedestrian Detection with full auto brake use cameras and radar to warn the driver of an imminent collision with a pedestrian or cyclist. It will even activate braking if the driver doesn’t respond appropriately.

And now it will collaborate with a fellow Swedish brand, POC Sports. The duo will work to expand knowledge regarding impacts between cyclists and cars. This effort is part of a research project aimed to deepen the understanding of long-term injuries sustained by cyclists. The public will have access to the results.

The Volvo-POC collaboration will specifically address the interaction between cyclists and vehicles using existing regulatory procedures for pedestrian head protection.

A testing rig will launch dummy heads with POC bicycle helmets at various areas of a hood on a static Volvo car, at different speeds and angles. Researchers will record a battery of measurements. 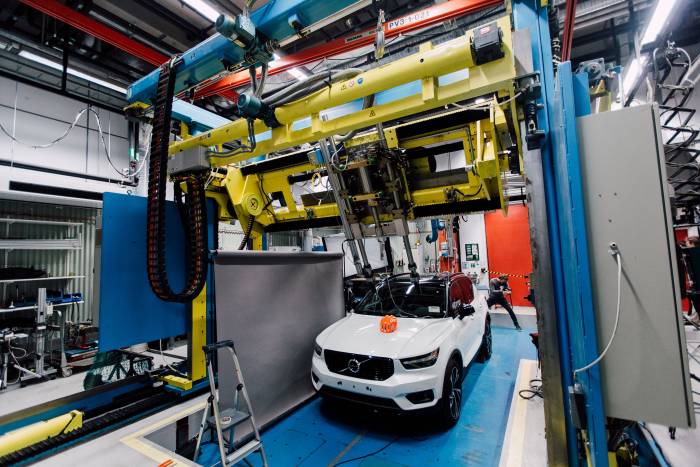 The research findings will assist both Volvo and POC in advancing safety for cyclists and provide a direct comparison between wearing a helmet and not wearing a helmet during collisions with cars.

POC has earned more than 60 international awards for safety, innovation, and design. The partnership with Volvo should provide further insights into what happens when a cyclist collides with a car.

“By working closely with scientific leaders in the POC Lab, we strive to lead the way in introducing new safety ideas,” said Oscar Huss, head of product development at POC. “Certification standards are essential, but they should never limit our willingness to look beyond their parameters to find better and more innovative ways to reduce the consequences of accidents.” 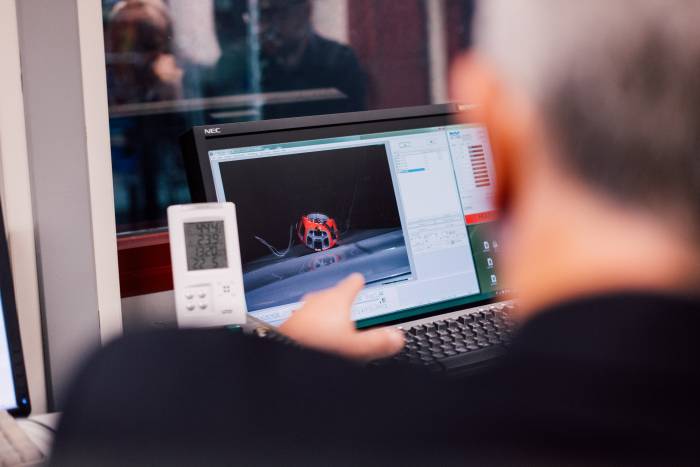 Volvo has recently focused efforts on protecting people outside of cars. Pedestrian Detection with full auto brake launched in 2010, and the version for cyclists debuted in 2013. Both of these unique technologies come standard on Volvo cars with the City Safety package. Teaming up with POC aligns with these endeavors.

POC and Volvo have joined forces before in a pilot program to connect bike helmets with cars to aid in accident avoidance.

Up Next: ‘Above Alaska’: Insights & Stories From the Air With Bush Pilot Michael Gold