This might be the best job in the outdoors world. Today, Columbia Sportswear announced its two newest employees, the company’s official Directors of Toughness.

A six-month contract for the employees involves traveling constantly and testing gear. Awesome. Indeed, the application page noted the company was seeking two employees to put the brand’s gear to the test on “exhilarating expeditions” around the world.

The new positions are part of the brand’s to-launch “tested tough” marketing campaign.

More than 3,000 people applied for the jobs, including many GearJunkie readers. After sorting through videos and applications, and holding live auditions in New York in mid-September, two individuals impressed and checked off all the boxes Columbia Sportswear needed for the job. 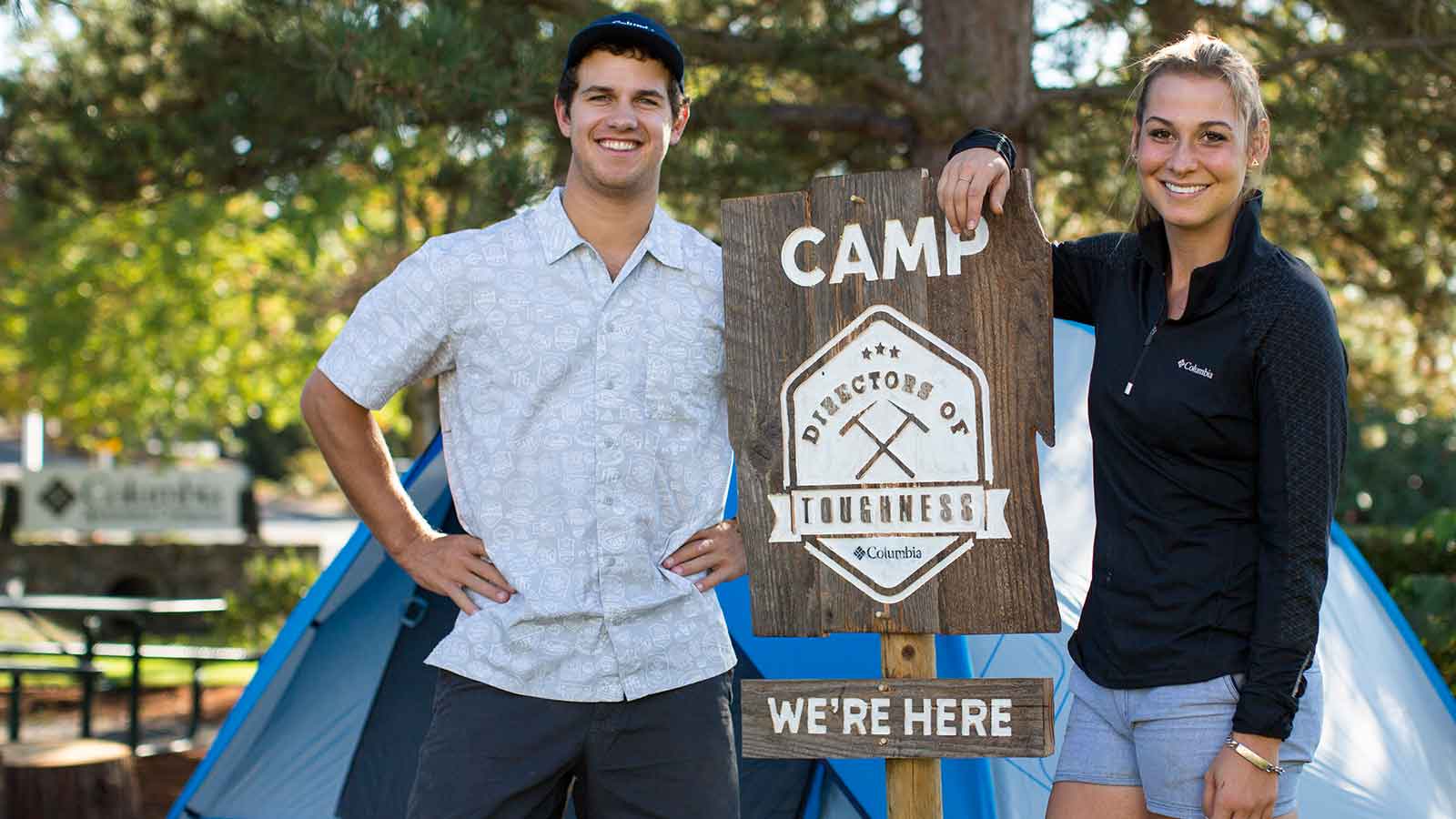 Zach Doleac and Lauren Steele, pictured above, were hired as Columbia’s official ‘Directors of Toughness.’ They started at Columbia’s Portland, Ore., campus on September 21st, but until today their identities were hidden.

The role blends gear testing with travel, as well as “office” work in Portland. (Their desks are positioned outdoors in the elements on the Columbia campus under a large pine tree.) A major part of the project is producing videos, photos, blog posts, and social media.

Doleac, 25, is an adventure-sports photographer, and Steele, 22, is a writer and self-described “Midwestern farm girl” who left home in Missouri to travel the world. We caught up with the pair for a quick Q&A to see what makes them so “tough.”

GearJunkie: Congrats on the new job! How do you think you rose above all the applicants in this process?

Steele: Thanks, it’s very exciting. I think Columbia saw a good fit in me. I am a writer and an athlete, and I have relatable stories to tell, be it about an adventure or about gear, or from the view of someone who was injured who might never run again, which happened to me.

Doleac: I went in with a different approach from most applicants, I think. I knew I wouldn’t be actually the overall “toughest” physically, but my experience with product development and my skills with a camera and around content made me a fit.

What makes you so tough?

Doleac: I have spent hundreds of days in the backcountry for my former jobs, climbing, skiing, and camping in harsh conditions, always early to rise as the photographer and then trying to keep up with the best athletes in the world with a 40-pound pack on my back!

Steele: I am adventurous and I am ready to be uncomfortable. I will be pushing myself and doing things that scare me because they scare me. Mentally, I am tough.

What part of the job description most intrigued you?

Steele: I am pretty much a vagabond already in my life as a freelance writer, and so the freedom to be on the ground and moving was the draw. I want to learn about how gear is properly tested and use it in tough conditions all over.

Doleac: The intensive amount of travel was a draw. I was hoping to work for another company in the Pacific Northwest, when we are in the office, so Portland was a plus. But mainly I wanted a position where I would have a camera in my hands every day.

Beyond testing gear, what do you want to communicate to people who follow you over the coming months?

Doleac: To me, success would be a lot of people watching what we do and just getting eyes on it, including people who love the outdoors but maybe even bigger would be people that do not right now have much connection to the outdoors. I want this project to be widely relatable.

Steele: I want to inspire people through what we are doing and encourage people to have their own experiences and just get them excited!

–Watch Steel and Doleac this coming Monday, October 12, on ABC’s ‘Jimmy Kimmel Live’ show. Follow the pair on the Directors of Toughness page.

Up Next: ‘One Tough Mother’ Returning To Columbia Pitch