Bob Legasa survived the attack thanks to his hunting partner’s quick thinking. But not before a debilitating bear encounter in Gallatin National Forest.

When 57-year-old Bill Legasa happened upon a mother grizzly and her cub during an elk hunt in Montana on Saturday, he knew the gravity of the situation. Legasa and his hunting partner, Greg Gibson, had filmed an educational video on how to use bear spray earlier this month for Gibson’s guide service.

So when the sow charged from 12 yards away, he understood the danger he was in. 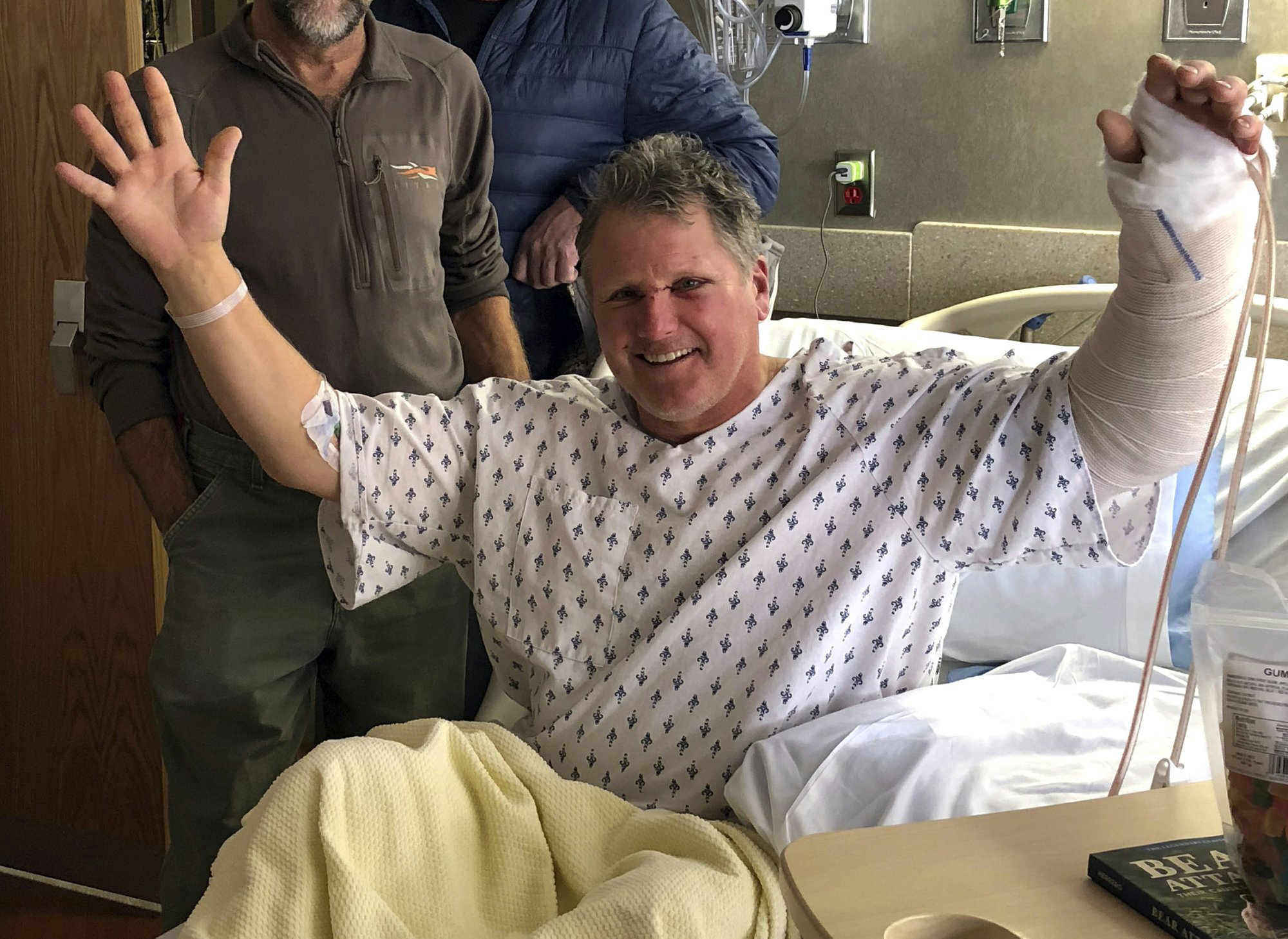 Legasa told reporters the bear was on him within three seconds. It crushed his hand and forearm in its jaws before clawing at his eyes.

“I put my arms in front of me. I had my bow in one hand and had my arm out. She tried to get me into a bear hug headlock,” Legasa told The Coeur d’Alene Press. “She grabbed onto my arm and had it in her mouth. I was knocked over on my butt, and at that point I was kicking and screaming trying to move her away.”

Though Legasa said he didn’t have time to grab his bear spray, Gibson took action with his own canister. According to The Coeur d’Alene Press, he sprayed the bear, halting the attack and driving it away. But he also sprayed his partner in the melee — twice. 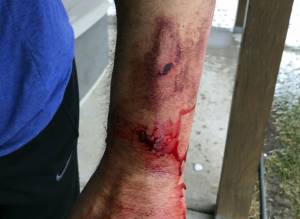 What’s worse, Legasa, mostly blinded by Gibson’s spray, finally fumbled for his own spray and let loose. Unfortunately, according to the AP, the wind changed and blew the spray back into his face.

According to Legasa’s report, both men were incapacitated for “five to 10 minutes,” screaming to keep any bears away. After they recovered, the duo rushed to a nearby hospital. Doctors operated on Legasa’s wounds to flush out any infection.

According to the Casper Star Tribune, Legasa had another surgery scheduled for Monday to insert a plate and screw to repair his broken forearm.

Up Next: Mountain Biker Shot Dead by Hunter in French Alps