Home » News » GoPro: ‘We Failed To Align With Smartphone’

Massive staff layoffs, a drone recall, and a lowering stock price… GoPro certainly has had its setbacks. But for 2017, Founder and CEO Nick Woodman has a new plan.

“We failed to make GoPro contemporary and failed to align with the smartphone movement.” That quote comes from GoPro Founder and CEO Nick Woodman.

Woodman was interviewed on CNBC about the future of the company he launched more than a decade ago.

Once the darling of the outdoor-gear world, GoPro has fallen from its heights. At about $8.50, the stock trades far below its $24-a-share IPO price. And this week the company announced it will lay off almost 300 on its staff.

Recognizing numerous shortcomings, Woodman’s plan for 2017 involves reducing costs by nearly $200 million, laying off 15-percent of his employees, and shifting the brand’s strategy toward consumers’ smartphone use.

It’s a plan Woodman foresees will have positive returns for 2017 to get GoPro back on track.

GoPro is synonymous with action sports cameras. For a quick update, see our review of the most recent iteration, the GoPro HERO 5 Black.

At the end of the day, nearly every action-sports camera is compared to the GoPro. It is the genre’s paragon. So where did everything go wrong?

Not only is GoPro an action-sports company, but it’s a larger entertainment brand. However, the company failed to find success within the content-creation industry and plans to shut down its entertainment division.

Another stumbling block was the brand’s entrance into the drone market. Just weeks after its Karma Drone launched the company recalled 2,500 drones as units lost power during operation and crashed.

The POV camera juggernaut has recalled its brand-new drone just weeks after it hit the market. Read more…

Despite this shortcoming, GoPro is back in the drone game. The Karma has ostensibly been fixed and is for sale again.

The Future Of GoPro

The news this week is that Woodman hopes to shift the company’s focus. He noted plans on making the smartphone “central to the GoPro experience.”

While the company has apps and GoPro cameras that do work with phones, the brand is putting emphasis on further integration.

Imagine immediate and seamless footage from your GoPro on your phone. That is part of the CEO’s vision. 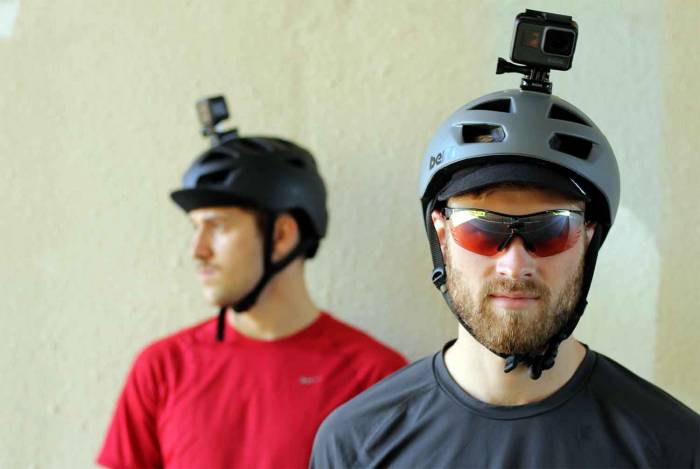 On CNBC Woodman said, “The smartphone has set a new bar for convenience and… how much work consumers are willing to put in with sharing themselves.”

He continued, “With our new software solutions, we are much better aligning GoPro with consumers’ use of a smartphone. You’re gonna see, over the course of 2017, it becomes less of a question of ‘Should I use my GoPro or my smartphone?’ and more about using a GoPro with a smartphone.”