The legendary and beloved cat skiing experience at Grand Targhee will run no more.

Cat skiing is a form of guided backcountry exploration whereby skiers are transported outside the borders of controlled ski areas to untouched powder. Rather than using a helicopter to access the backcountry, a snowcat acts as your personal Uber. Cat skiing is cheaper than heli-skiing but gives skiers a similar sense of adventure.

But for the 2022-2023 ski season, the rumbling cat motor will silence, giving way to the hum of a chairlift bullwheel as a new chairlift will service the area. And while new chairlift access will open up the resort with increased capacity, it does so with a nostalgic sense of ennui.

“It’s rare for a cat ski operation to be associated with a ski area,” Grand Targhee Resort noted in a blog post about the end of cat skiing on Peaked Mountain. “If you were lucky enough to experience a day on the cat, you know how special a day on Peaked Mountain is.”

Until this winter, Grand Targhee has been home to Wyoming’s only cat skiing operation. The resort ran two cats to service 602 dedicated acres of “untracked light, dry Teton powder in our vast terrain only accessible to cat skiing.” 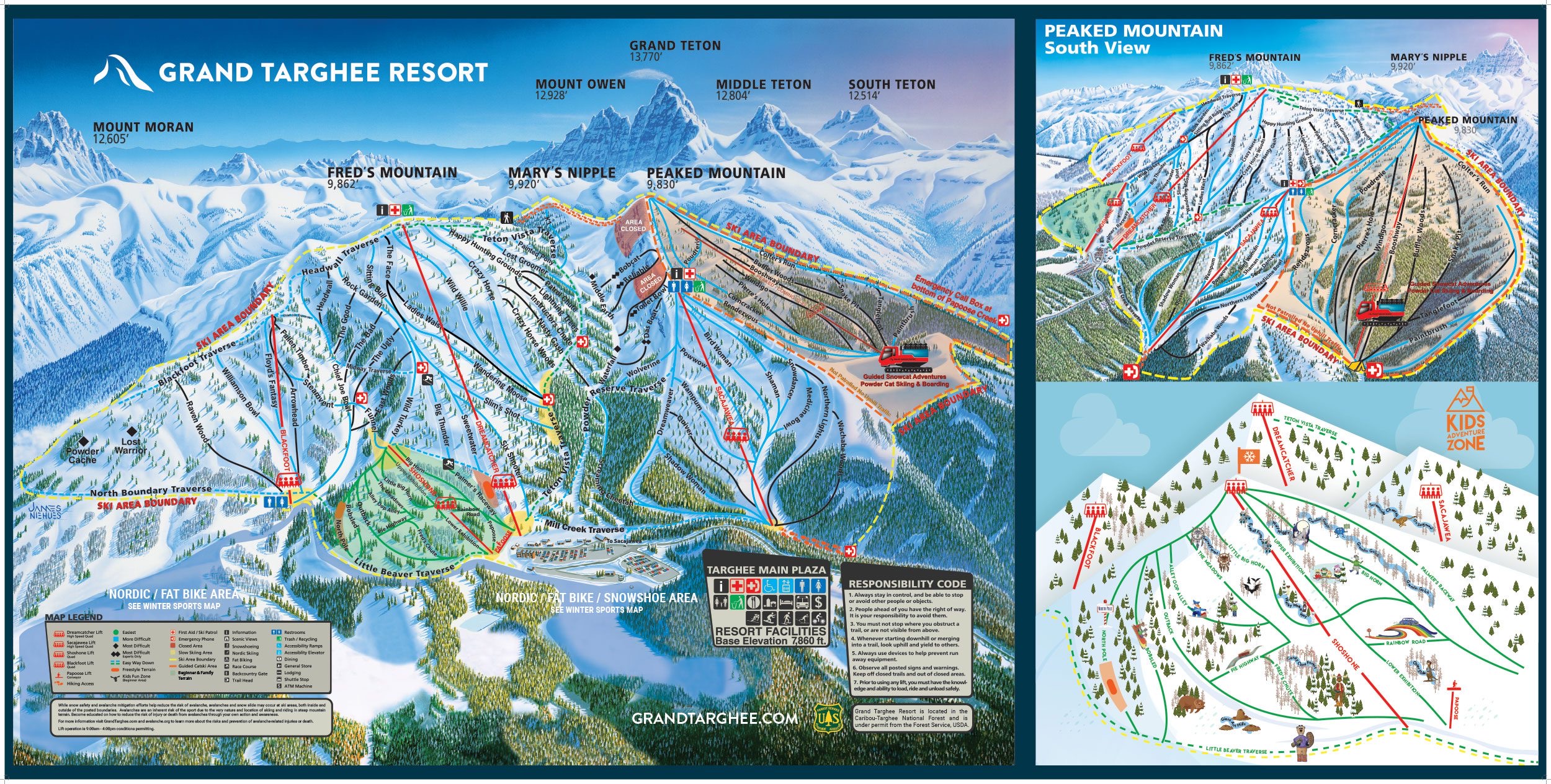 But for winter 2022-2023, Grand Targhee will open the Peaked Lift to serve the terrain historically accessed by snowcat. The resort began the installation of this Doppelmayr D-Line detachable six-passenger chair lift in summer 2021.

More than $1 million in work —tower and terminal foundation laying as well as power supply/communications trenching and installation — has already taken place. Over the summer of 2022, the towers and terminals will be installed. The resort aims to have terrain preparation for lift serve access ready by this winter 2022.

“The Peaked Lift will transport up to 2,000 people per hour, and gain 1,815 vertical feet in just over five minutes,” noted the resort in a press release. “The Peaked area offers amazing views of the Tetons with access to over 600 acres of intermediate to advanced trails.”

Ski guide Paul Forester said, “With cat skiing being associated with Grand Targhee, the operation has amazing and wonderful benefits that people don’t think about.

“Part of it is we have food and beverage here. Every other cat ski operation around the world is scrambling around trying to take care of food, right? We have a beautiful base lodge; we start our mornings off with snorkels and burritos, and when we come back there’s the Trap Bar.”

While the new lift will give many more skiers the chance to ride Peaked Mountain, the change, at least for staff, is bittersweet. And those of us who have experienced a day of cat skiing — anywhere — can attest to the unique feeling of riding with a close-knit crew aboard a lumbering machine.

“This is coming from people that have been skiing their whole lives, not just random tourists but people who are skiers, that know about skiing and have skied all over the world. Hearing that not just once in a while but fairly often, people are lit up about it. We are out there with them while they have their best day ever. That’s pretty cool to be a part of,” Huntsman continued.

Cat skiing officially started at Grand Targhee in 1989. However, before the inaugural season, the operation existed unofficially — in typical Targhee fashion.

Although much has changed since then, cat skiing’s popularity has grown. But times are changing, and so are the slopes, lifts, and resorts.

It’s hard to say goodbye to a ski love like this. But the best cat skiing days will need to happen elsewhere. And with a new lift in place, many more people will make new memories on the resort’s world-class terrain.

This 7-year-old domestic longhair rescue not only loves to get outside and hike and swim, but he even skis, too! Read more…

Up Next: Big-Box Chain Jumps Into the Used Outdoor Gear Game With ‘Out&Back’ Partnership