The 46-year-old woman literally finished applying a “Women Who Behave Rarely Make History” bumper sticker before fighting the wild animal to the death. 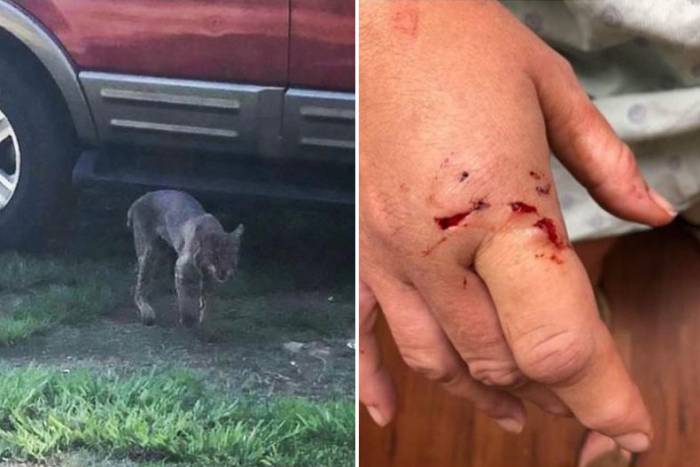 Rare is the story that has absolutely everything: a clear villain, an underdog hero, and brutal, bare-handed violence. But this story out of Hart County, Georgia, will go down in history.

According to Online Athens, DeDe Phillips was outside working on her truck around 6:00 p.m. Saturday. She had her cell phone handy, as she planned to snap a pic of her cheeky bumper sticker and send it to her husband.

She turned when she heard the neighbor’s dog barking and saw a hunched, menacing figure leering back at her. It was a bobcat — she knew that much. Her father-in-law trapped bobcats in the country when she was young.

“I saw the cat and I took a picture,” she told Online Athens. 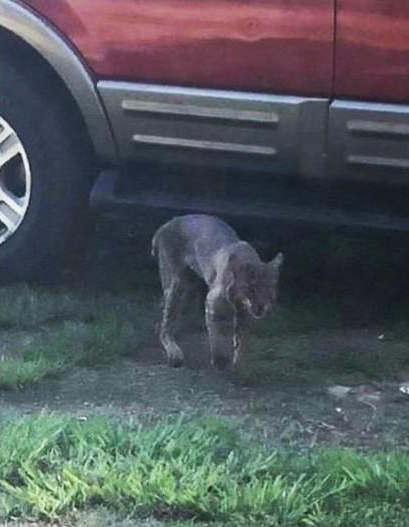 Take a look at that image. Would you have framed it up for a keepsake? No, you — like me and everyone else — would have yelled, “NOPE,” hurried back inside, and slammed the deadbolt. But none of us are DeDe Phillips. And women who behave rarely make history.

“The cat took two steps and was on top of me … It came for my face,” she told the newspaper. Instinctively, Phillips protected her vitals, knowing the animal had an innate motive to kill.

“They go for your jugular,” she told OA. “Because when they can get the vein, you’re dead in a couple of minutes.”

So with a bloodthirsty, rabies-mad bobcat clawing for her neck, DeDe Phillips got angry.

The Hart County grandmother then wrestled the animal to the ground as its claws and fangs tore at her hands, arms, chest, and legs. Fortunately, she had the advantage of weight — and being DeDe Phillips, the most metal grandma this side of the Milky Way.

“I took it straight to the ground and started inching my hands up to its throat,” she recalled. “I knew that was the only way I was getting out of this.”

So with bloody hands, Phillips squeezed hard on the wild cat’s neck. The rabid cat fiercely clawed to free itself, but Phillips just squeezed.

She Didn’t Call for Help

“I was scared if I screamed for help that my granddaughter would come out, and I didn’t want that to happen,” she told Online Athens.

Even during a life-and-death struggle, Phillips still wanted Grandma’s House to be a safe, happy place to play. Soon enough, the bobcat went still. But Phillips took no chances. She yelled for her daughter-in-law to call 911. She did, and also called Phillips’ son, who arrived before police. And he had a gun.

Worried she was too close to the line of fire, Phillips told her son not to shoot. Instead, he pulled a knife. And ever his mother’s son, he began stabbing the rabid bobcat while his mom held it down with her shredded hands still around its throat.

In any other circumstance, that might sound grim. But for DeDe Phillips and her family’s situation, it almost seems like quality time. When the cat remained still, Phillips finally released her grasp.

Phillips then drove herself to the hospital — probably to show off that bumper sticker.

Following the incident, officials tested the bobcat and found positive results for rabies. Doctors at Northeast Georgia Medical Center treated Phillips for a broken finger and numerous bite and claw wounds on her arms, legs, and chest.

She also began her first round of rabies shots. Her family set up a Fundly account to help defer the expensive treatment. They say the first set of shots has already cost her $10,000. According to the family, Phillips still needs at least four more.

Head over to DeDe “Grandmanator” Phillps’ Fundly page and help get her back to superhero status.

Up Next: Danner Pronghorn Hunting Boot: A Season-Long Test