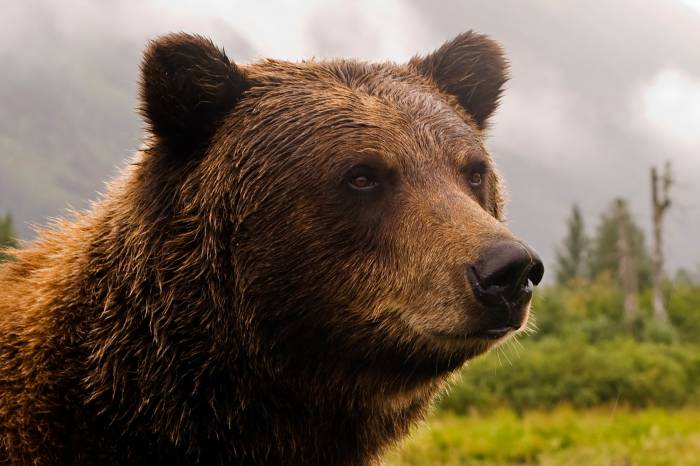 The 60-year-old man suffered injuries to his face and back after a ‘surprise encounter’ with a grizzly bear while riding near Big Sky, Montana.

While many recreation areas have closed and people have stayed home during shelter-in-place orders, wildlife has found greater room to roam than ever before.

But a recent encounter between a Montana mountain biker and a grizzly bear may serve as a cautionary tale as life begins to get back to normal. Officials with the state’s Fish, Wildlife, and Parks (FWP) agency confirmed a man in his 60s was airlifted to a Billings hospital Monday after he was attacked by a grizzly bear on a mountain bike trail.

The man, who has not been identified, suffered injuries to his face and back, according to KBZK in Bozeman. Authorities said he was in critical but stable condition.

According to FWP, the man was riding alone along a trail through private land. Officials said they believe the bear was not predatory, but rather it was surprised by the man after he “came around a turn with a blindspot,” KBZK reported.

Following the attack, authorities spoke with the property owner, and the trail in the Spanish Peaks region is now closed. The investigation is ongoing. Authorities with FWP have not said whether they plan to euthanize the bear.