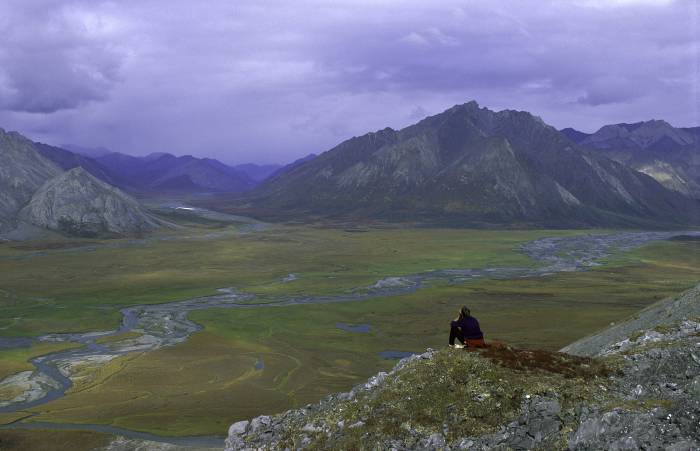 Buried among hundreds of pages of the just-passed GOP tax plan, an added measure will allow oil drilling and exploration in the Arctic National Wildlife Refuge.

The provision will allow oil drilling in an area off-limits to extractive industries for more than 40 years.

It’s part of the recent GOP tax overhaul. The nearly 1,100-page plan, signed into law today, includes language that will open the Arctic National Wildlife Refuge (ANWR) to extraction companies. And President Trump brought the measure to light ahead of a cabinet meeting Wednesday.

“A friend of mine in the oil business said, ‘I can’t believe it, ANWR, they’ve been trying to get in for 40 years,'” Trump exclaimed. “I didn’t know that. We’re going to start drilling in one of the largest oil reserves in the world that for 40 years this country was unable to touch.”

Alaska Senator Lisa Murkowski (R) lauded the measure as an economic boom for her state.

“Today’s historic vote is yet another milestone in bringing us that much closer to realizing a decades-long dream of opening the 1002 area of ANWR,” Murkowski told CNN.

The Arctic National Wildlife Refuge has been the center of controversy for decades. Established in 1960, it is the largest wildlife refuge in the United States at 19,286,722 acres.

After President Jimmy Carter signed the Alaska National Interest Lands Conservation Act in 1980, the ANWR was closed to extraction due to the fragile nature of its landscape. It’s home to migratory caribou, polar bears, Dall sheep, and many other arctic species.

It also contains a wealth of hydrocarbons. As such, the petroleum industry has eyeballed this arctic wilderness and its vast reserves as a potentially lucrative resource.

But with this bill, the future of the ANWR becomes less certain.

Many conservation organizations immediately vowed to fight back against ANWR drilling, and lawsuits intended to delay leases are expected.

The Wilderness Society reacted immediately today with a “Pledge to defend the Arctic National Wildlife Refuge.” It begins:

We, the American people, oppose drilling in our nation’s largest and wildest refuge. We will not give up. We will stand united with other conservationists and the Gwich’in people in our efforts to prevent drilling from decimating this nursery for millions of migratory birds, polar bears, and the Porcupine Caribou Herd crucial to the Gwich’in people.

Whether drilling moves forward quickly or is tied up in long legal battles remains to be seen. But it’s clear that the fight over the ANWR is far from over.