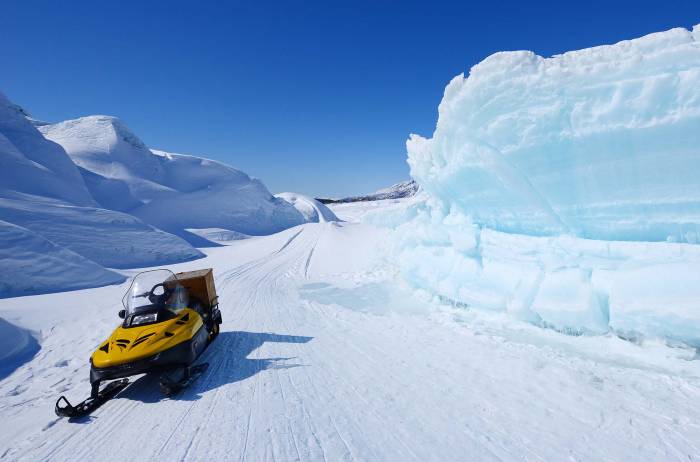 A man traveling solo in Alaska on a snowmobile used his iPhone's satellite service to send for help on Dec. 1; (photo/Shutterstock)

Just a few months after Apple added a backcountry SOS feature, it may have already saved the life of a man stuck in the Alaskan wilderness.

With a minimum price tag of $800, the iPhone 14 doesn’t come cheap. But the cost might seem small if it saves your life.

That’s evidently the case for a man who found himself stuck in Alaska’s northwestern wilderness on Dec. 1. He was traveling by snowmobile when he became stranded and couldn’t get back to help, according to a news release from Alaska’s Department of Public Safety.

The snowmobiler didn’t have phone service, but “activated an Apple Emergency SOS via satellite on his iPhone,” the release said.

Using the GPS coordinates sent from the phone, a volunteer team of search and rescue workers found the stranded man quickly. They transported him to the nearby town of Kotzebue, where state troopers said he had no injuries.

As of this writing, Alaska’s Department of Public Safety has not released details on what caused the man to become stranded.

As the Instagram post below illustrates, it’s not the first time this year an iPhone may have saved a life.

Other SOS Calls from iPhones

Even without off-grid SOS, the iPhone offers easy-to-activate distress calls for users who have phone service.

In April, Tim Blakey, 41, credited Apple with saving his life after he fell into a 15-foot crevasse in the Alps. He used his iPhone, which was nearly out of battery, but still had service, and pressed the power button five times to send an SOS.

“The last thank you to Apple, their side button five-click to emergency services — especially great when your screen is constantly being dripped on, and to the service provider for giving me 3G connection and 3% battery 5 m below the ice,” Blakey wrote on Instagram. “The alternative to this has been keeping me up at night to say the least.”

Also, an American woman claimed that the same feature helped her escape an attempted assault in 2019.

Although Apple dropped its newest phone in September, the Emergency SOS feature only became available in North America in November.

As GearJunkie wrote in a review last month, the SOS service allows the company’s latest smartphones to send short messages where cellphone coverage isn’t available. By leveraging the power of satellites, “this could make these devices an essential tool for use in the backcountry and disaster zones,” we wrote.

This is exactly what Apple’s leaders intended with the feature.

“Our users can explore off-the-grid areas knowing they are still within reach of emergency services if they are in need,” Apple’s Chief Operating Officer Jeff Williams said in a November news release.

Currently, Apple’s off-grid SOS service only works in North America. But the company has plans to expand the satellite service to the UK, France, Germany, and Ireland. 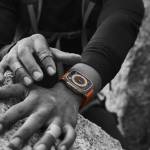