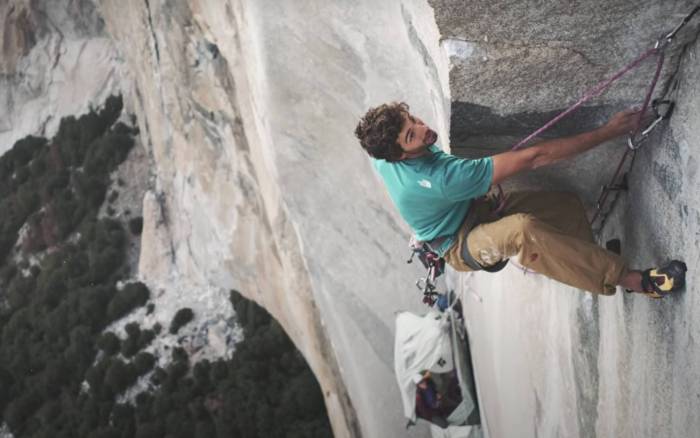 I would have forgiven you for not knowing Jacopo Larcher was in the Valley. After all, he just got there 3 days ago. True to form, though, the south Tyrolean climber got down to business quickly.

He announced the ascent via Instagram today. In the post, he indicated that he’d always harbored curiosity over the route and sketched out some of the “mystery” that’s shrouded its 14-year existence.

“I remember watching the movie of [Rodden’s] incredible first ascent back in 2008; at the time, I didn’t know much about trad climbing, and I couldn’t really understand the significance of the route and her achievement at that time. The route just looked so beautiful, yet completely desperate to me. Something unthinkable for me to consider climbing at the time,” Larcher wrote.

He wasn’t the only one. For years, the status quo held that “Meltdown” was impossible for climbers with big hands. The crack was so thin, the theory held, that you could not physically jam it without narrow fingers.

That was the case until Carlo Traversi posted the second ascent in 2018. Larcher’s repeat, if anything, further discredits the theory — and helps cement Rodden’s renowned mastery.

For years, the route fought off attempts from the world’s best trad climbers. Along with Ron Kauk’s “Magic Line” (also 5.14c), it stood as one of Yosemite Valley’s absolute hardest pitches. Concluding his post-send comments, Larcher stated the opinion that anyone who passed the theory that the route was impossible at a certain hand size was displacing personal responsibility.

“…[Traversi], in 2018, finally claimed the second ascent of Meltdown, confirming Beth’s incredible achievement and proving all the ‘excuses’ were wrong,” he wrote.

Larcher didn’t require any excuses to complete “Meltdown” — just razor-sharp crack climbing skills, which he’s got in plentiful supply. You can’t watch his work on that pitch yet, but here he is on another Valley free climbing testpiece, “Zodiac” (5.13d), with Babsi Zangerl in 2017. 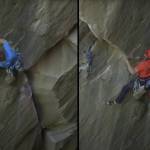 How special is “Le Voyage” (E10, 7a)? So special that almost no one who tries it can climb it. But Siebe Vanhee and Jacopo Larcher dared to contend. Read more…