‘Of course, winning is the primary goal. But I have so many more objectives in this race,’ the celebrated ultrarunner tells the film crew in the opening moments of Walmsley Part 3.

Editor’s note: This article was originally published on iRunFar.

“To really experience the mountains, to survive the mountains. To get better and progress. They are all goals that are going to keep me in the race no matter what’s happening,” Jim Walmsley said in his latest video spot.

Walmsley Part 3 is the final installment in a series of films that follow the veteran runner’s attempt to become the first American man to win UTMB.

Walmsley uprooted his whole life in the service of his goal, and for a while, it looked like the runner might pull it off in 2022. He led the pack through much of the year’s UTMB, running strong through the night thanks to a year’s worth of focused preparation.

But ultrarunning is a heartbreaking sport. A bonk crashed Walmsley hard in the back third of the race, and the American ultimately finished fourth in 21 hours, 12 minutes. Kilian Jornet took first place.

While the film is, on the surface, a straightforward documentary about attempting to win the UTMB, the subtext is all about Walmsley’s relationship with his wife.

Jessica Brazeau is an accomplished trail runner in her own right, and watching her balance her roles as a partner and race crew member is a fascinating window into a relationship. Ultimately it’s clear that Brazeau’s presence and balanced support allowed Walmsley’s fourth-place finish and prevented the DNF that lurked right around the corner.

Check out Walmsley Part 3, and don’t forget to catch up on the previous installments before you do. You won’t regret it. 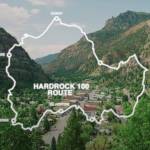 One runner sticks to his goal to run the Hardrock 100 course — race or no race. The effort? Running point-to-point over mountains as fast as possible.  Read more…