The view from the air above a crystal-clear Lake Michigan revealed some hidden gems to Coast Guard airmen during a recent routine flight.

Thanks to incredible water clarity afforded by a long cold winter, a U.S. Coast Guard crew was able to photograph shipwrecks lying on the bottom of the lake in the waters near Sleeping Bear Dunes National Lakeshore.

The Grand Rapids Press reported that the Traverse City-based helicopter was on a routine patrol when the crew spotted the wrecks and got pictures of them.

The shallow waters off the Leelanau Peninsula, known as the Manitou Passage, are the site of many 19th and 20th century wrecks. The Coast Guard crew posted six photos of the shipwrecks on its Facebook page.

Among the wrecks that the crew photographed include the Rising Sun, which sank in 1917. “This 133-foot wooden steamer stranded just north of Pyramid Point,” the Coast Guard told the Grand Rapids Press. “She went to pieces and her wreckage now rests in 6 to 12 feet of water.” 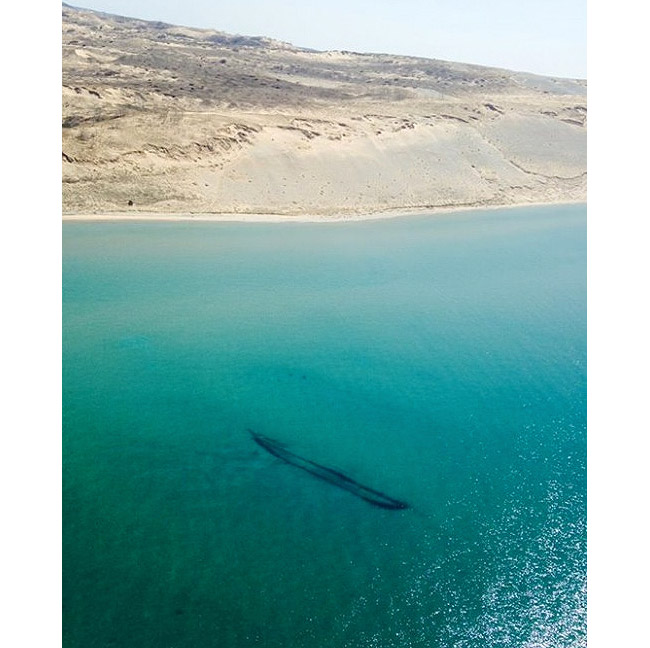 With the waters at an average of just 38 degrees, divers without quality dry suits will probably want to wait a bit to explore the underwater wonders.

While the wrecks are considered public property, they cannot be disturbed. These photos are the closest most of us will ever get. 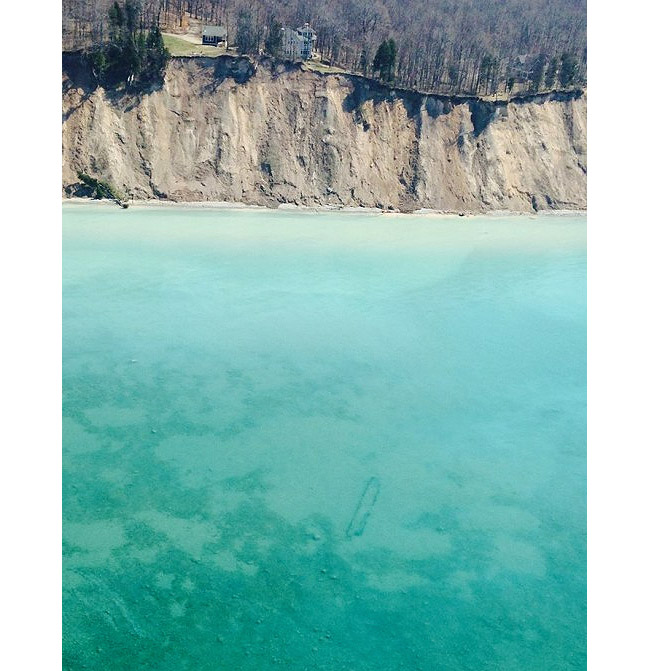 Saving…
100,000lbs Of Recycled Gear – Goal Of The North Face
Bike Tour To ‘Save The Boundary Waters’
×