One of the primary resources for conserving public spaces and creating access for public recreation in the United States has taken a backseat to bigger headlines. And without action, the Land and Water Conservation Fund is about to disintegrate.

The Land and Water Conservation Fund (LWCF) is about to expire. And if the government takes no action, it will go away on September 30. That will leave funding holes at both the state and federal levels that likely won’t be filled for years to come.

The LWCF has benefitted American communities and open spaces for more than five decades. But the majority of Americans aren’t even aware of its existence.

At the state level, the program funds everything from city pools to public beach access. And its grant program has completed over 40,000 projects since its 1964 inception. 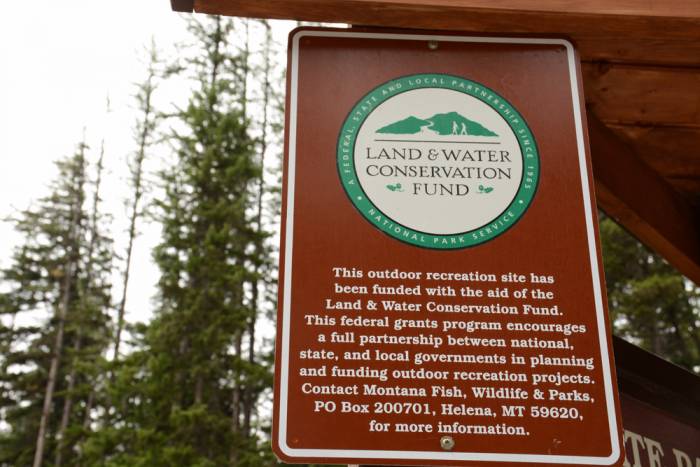 The beauty of the LWCF lies in the program’s funding source. It’s entirely funded by offshore oil and gas leases. Taxpayers feel no burden. American communities are able to see the benefits of oil and gas leasing right in their own neighborhoods, and the success of this program speaks for itself when it comes to bettering the American quality of life.

Amidst the tumult in Washington comes a number of mixed messages. One came from Montana Senator Steve Daines, who in a recent Facebook post, voiced full support for saving this program from its coming sunset on September 30th. Later that day, however, Daines voted on a rescission bill that would pull $16 million in vital funding from the LWCF.

Other mixed messages from Interior Secretary Ryan Zinke have vacillated between his support for fully funding the LWCF and a budget proposal that sent an entirely different message. His budget included only $8.1 million allocated for the LWCF, well below previous funding of $425 million.

There are, however, stalwart supporters on both sides of the aisle committed to seeing the LWCF fully funded. U.S. Senators Martin Heinrich (D) of New Mexico, Jon Tester (D) of Montana, and Richard Burr (R) of North Carolina have all championed this fund.

And Burr has voiced staunch support from the Republican side of the aisle for reauthorizing the LWCF, stating it “costs taxpayers nothing and benefits them entirely.” The senator’s voting record backs his rhetoric, and he continues to push back on his party when necessary.

Losing the LWCF would impact community projects across the nation. Currently, multiple conservation organizations are lobbying representatives to fully fund the LWCF. In the process, they also hope to permanently reauthorize this vital funding source for public lands. These organizations include The Wilderness Society, Backcountry Hunters & Anglers, and The Nature Conservancy.

“The Land and Water Conservation Fund is the single most important program we have available for strategically conserving valuable fish and wildlife habitat, and sustaining and expanding access for hunters and anglers,” said Land Tawney, CEO and president of Backcountry Hunters & Anglers.

“Public lands sportsmen must urge our elected officials in Congress to come together — in the name of conservation and public access — and keep the LWCF alive,” Tawney said.

If you’re curious as to how the LWCF has impacted your community, you can use The Wilderness Society’s map to pinpoint projects like Montana’s Rose Park, Colorado’s Two Ponds National Wildlife Refuge, Georgia’s Chattahoochee River National Recreation Area, and more.

You can also see the number of projects benefiting each country. Denver County in Colorado, for example, has completed 75 different projects under the LWCF funding umbrella. That includes multiple city parks, local playgrounds, and neighborhood recreation centers.

What’s Next for the LWCF?

The LWCF has more than 50 years of success under its belt. It has funneled millions of oil and gas dollars into bettering the American landscape. As such, losing it would create funding shortfalls for both state and federal projects.

Representatives in Washington, D.C., are currently assessing their constituents’ opinions on the matter as they continue to suss out budgetary appropriations for the Fiscal Year 2019.

If you value the spaces afforded by the LWCF, make your voice heard and contact your elected officials.

Up Next: REI Tops $1 Million to ‘Rewild’ 5 Major US Cities