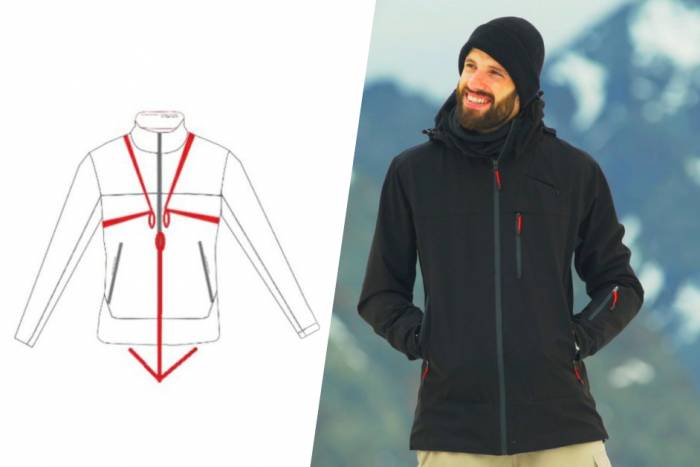 The SafeAnchor feature on the Apricoat was sold as a “potentially life-saving emergency clip,” according to the brand. But upon researching its design, GearJunkie published an investigative piece unearthing a dangerous flaw.

Raising more than $1.5 million, the Apricoat is among Kickstarter’s most-funded projects. The SafeAnchor is just one of more than 20 features, including waterproofing, insulation, and an inflatable “hood pillow.”

But the SafeAnchor’s 400-pound weight limit can be easily overwhelmed during rescue scenarios like hoisting, rappelling, or climbing.

Following our article, Apricoat responded directly to GearJunkie with plans to upgrade the SafeAnchor design. It will also undergo legitimate third-party certification.

As a result, Apricoat intends to release a jacket ready for falls, making it a serious contender for the “ultimate adventure coat.”

As reported in our initial story, most followers on the campaign’s comment page weren’t concerned with the SafeAnchor. Instead, backers were more interested in sizing and color options.

It seems the Apricoat team could have easily removed the safety feature without much pushback. Instead, the jacket’s designers intend to keep the SafeAnchor.

To live up to its safety claims, the brand is hiring an engineering consulting company to help redesign the feature.

A caveat: If the SafeAnchor is markedly more expensive following the redesign, the team may remove the device from the coat altogether.

“If we determine it’s not possible to do it with SafeAnchor, we’ll find a solution to compensate our backers,” said product designer Alon Partuk.

“We haven’t decided what that will be,” Partuk continued, “but in the spirit of our company we’ll probably include [backers] in the process of making this decision by providing a couple of options and letting them vote.”

Apricoat’s improvements to the SafeAnchor could indicate a new realm for outdoor apparel. The first-draft sketches of the updated SafeAnchor (above) look much like a total body harness, a design typically used by rescue teams or for kids.

However, a harness-in-jacket product is something new. As Dave Custer of the UIAA Safety Commission noted: “The UIAA doesn’t have a jacket standard.”

During our research, Ron Funderburke of the American Alpine Club brought up Mammut’s Realization belay pants as a similar product.

With it, Mammut made a combined pant and harness. But Mammut applied and received for a new UIAA standard in the process.

While Apricoat hasn’t publicly announced changes on its Kickstarter page, the plan for improvement is a welcome development.

Nearly 10,000 people will soon own the “ultimate adventure jacket,” complete with a SafeAnchor clip-in that, ostensibly, will be safer.