A fisherman in eastern Ontario went to extreme measures to try and find a secret fishing spot he saw on a YouTube video. He filed a federal request for information. 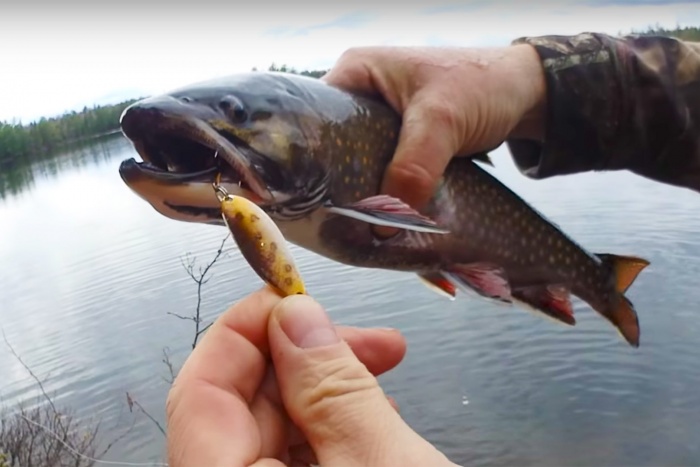 Algonquin Park’s 2,400 lakes in Ontario, Canada are hard to tell apart. So when one YouTube viewer saw Mike Borger’s video of a fishing bonanza, he knew a magical honey hole existed. But he couldn’t tell where it was.

The crafty angler wanted to know the secret spot. And as any good fisherman knows, that sort of information does not come easy. The video below is peppered with crazy good fishing.

Borger, who obviously doesn’t share the location of his honey holes online, received a letter from the Ministry of Natural Resources and Forestry.  Someone requested information that would help identify the lakes he was fishing in the videos.

The curious angler requested that the Ministry share Borger’s camping pit locations. These would ostensibly point him to the exact lakes found in the video.

After Borger voiced his concerns to the Ministry, they said they would neither confirm nor deny the existence of his record to the mysterious pursuant.

Borger posted his big lunkers via a 40-minute video. Many people asked about the location. Borger has fished the spot for nearly 15 years and refuses to disclose it.

It was this secrecy that led to such creative means to find the spot.

“I’m going to give him credit, because it was an incredibly smart — underhanded and a little bit devious — but also very smart way to get this information,” Borger told CBC news.

The area is known for its popular brook trout fishing. Borger first fished the location in Algonquin Park 15 years ago with much success. His return to the lake, after a couple year hiatus from the spot, still shows its bounty.

It’s up to the angler to disclose information about secret fishing holes, but to Borger, “I wouldn’t even tell my best friends about this lake.”

Up Next: Cycling Apparel Maker Rapha Sells To Walmart Heirs For £200 Million