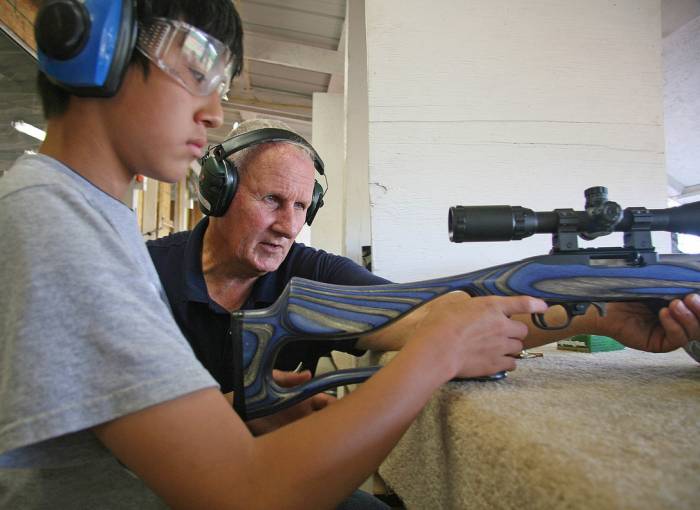 Former Marine Corps marksmanship trainer Ken Caudle, right, gives some .22 rifle instruction to James Gallaher, 14, during a recent Tinker Shooting Club gathering. Gallaher’s father, Willard, works at Tinker and said the club has given his family a great start into the sport of shooting. (Air Force photo by John Stuart)

The Minnesota senator who authored the bill believes hunting, archery, gun safety, and more would help ‘get children to care about the outdoors.’

As iPads replace textbooks and students pass emails instead of notes, one Minnesota legislator wants the state’s youth to reconnect with some bygone skills. 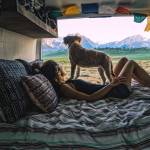 REI #OptOutside: Half of Americans Spend No Time Outdoors

Specifically, Sen. Justin Eichorn (R-Grand Rapids) wants to add firearms safety, hunting, angling, and archery to the physical education curriculum. Introduced last month, his bill, SF 793, seeks $1 million for the 2020-21 budget to create a pilot program with the Department of Natural Resources. If approved, the program would launch at six schools in the state.

“We’re trying to help get our Minnesota kids away from the TV and get them out in the woods and on the water again to get them hooked on the outdoors and hooked on fishing,” Sen. Eichorn said before a Senate Education Committee hearing.

Over recent years, significant evidence shows that both hunting and fishing have declined in popularity. The number of hunters in the U.S. fell by about 3 million people between 1991 and 2016, raising concerns about how states will fund conservation measures paid for by license fees. 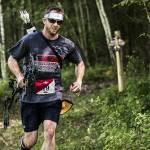 Much like biathlon, in which skiers race and shoot rifles for accuracy, this new Red Bull event requires straight shooting and excellent fitness. Read more…

“On top of safety and education that this legislation provides, we get an opportunity to reward kids and increase participation in outdoor sports in Minnesota,” continued Senator Eichorn. “This is critical as our state continues to see license sales plummet.”

In addition to the six pilot schools, the bill would allow tribal schools to apply for curriculum-related grants as well. Plus, the bill mandates the DNR Commissioner design the coursework with the help of various Native American communities in the state.

The Leech Lake Band of Ojibwe sent a letter to the Senate supporting the legislation.

Lawmakers will consider the bill for inclusion in Minnesota’s omnibus education bill at the end of the season.