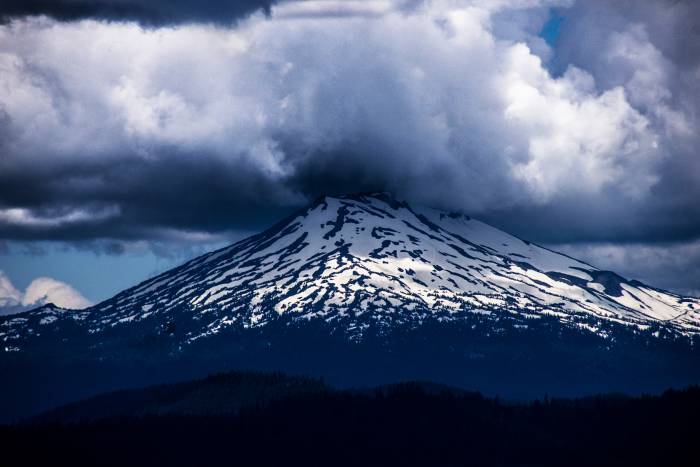 Late-season snowstorms blanketed Oregon’s Mt. Bachelor. Officials called the powder “fluffy” and “easy to ski.” It brought thousands to the ski resort over the weekend. But those conditions also belied a very real danger: tree wells

In separate incidents Friday, a 24-year-old Bend, Ore., man and 19-year-old Eugene, Ore., woman fell into 6-foot-deep wells and suffocated. The deaths mark the first tree-well fatalities in 16 years at the resort, with roughly 8 million visits since the last occurrence.

“Our entire mountain community is shocked and saddened,” said Mt. Bachelor president and general manager John McLeod. “To have two unrelated incidents in the same day is unthinkable.” 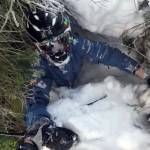 Powder stashes, no crowds, a silent forest in winter: Tree skiing can be glorious. But with trees come danger in the form of tree wells. Read more…

According to reports, conditions were favorable for deep pockets of loose powder to form under tree bows.

“When we are in a cold-weather pattern like we have been in, the new snow we get is very dry, with very little water content in it,” Drew Jackson, Mt. Bachelor’s marketing and communications director, told KTVZ news in Bend, Ore. “So it accumulates deeply, with a lot of air in it … it’s very popular to ski that type of powder snow. But it also comes with the increased risk of hiding the danger of tree wells.”

Deschutes County Sheriff’s Search and Rescue also arrived on scene, and an airlift helicopter was dispatched. But medics pronounced Braun dead at 1:15 p.m., according to reports.

According to the report, Sheriff’s Lt. and SAR coordinator Bryan Husband said an investigation found Braun separated from a group of friends when he snowboarded into an area of trees. The investigation revealed he fell headfirst into a tree well about 6 feet deep.

Later that afternoon, around 3:30 p.m., Mt. Bachelor Ski Patrol received a second alert. This time, skiers reported a member of their group, University of Oregon student Nicole Panet-Raymond, was missing.

According to reports, Ski Patrol and Deschutes County Sheriff’s Search and Rescue scoured the resort for 5 hours before they discovered Panet-Raymond’s body. Around 8:30 p.m., crews found the 19-year-old skier buried about 10 yards off the intermediate White Bark run. She was pronounced dead at the scene.

Further underscoring the danger of tree wells, a Canadian skier died in a tree well at Montana’s Whitefish Mountain Resort on Friday.

According to Flathead County Sheriff Chuck Curry, 56-year-old Charles Douglas Herr of Calgary became separated from a friend while skiing near the summit at WMR. Search and rescue deployed and discovered his body in a tree well inbounds, according to the sheriff’s statement.

Friday’s fatalities emphasize the importance of safe skiing. Always ski with a partner when riding through and around trees. Groups should keep an eye on one another and notify authorities immediately if a member goes missing.

For context, the National Ski Areas Association (NSAA) reported six snow immersion suffocation (SIS) fatalities at U.S. ski areas for all of the 2016–17 season. And in the last 10 years, 41 people have died in tree well-related incidents at U.S. ski areas.

Learn how to prevent tree well accidents at the NSAA’s report on SIS safety and facts here.