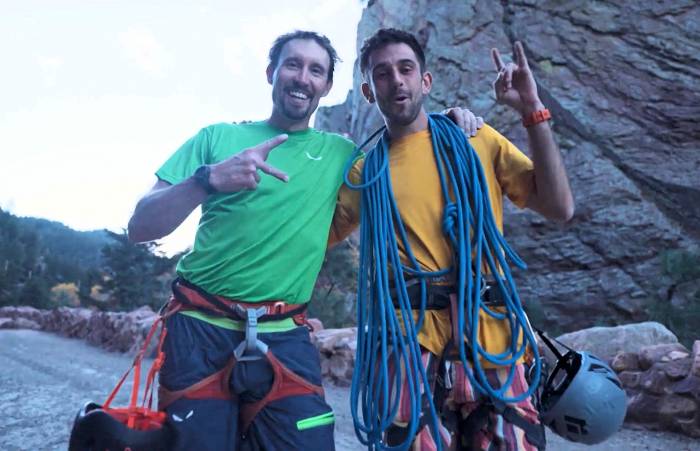 The “Naked Edge” is a crown jewel of the sport and a staple of local culture. Completing it fast has captivated climbers for generations. Now, a former record holder has reclaimed his old title.

On Oct. 22, Stefan Griebel and Joe Kennedy roped up below talus guarding the Redgarden wall in Eldorado Canyon, outside Boulder, Colo. Then they turned on their watches and turned up.

Griebel and Kennedy clocked just under 23 minutes from setting the speed record on “The Naked Edge” (5.11b, 460 feet, six pitches).

The duo raced up the steep route, ran pell-mell down the slab descent, and then skidded back onto the South Boulder Creek bridge in a time of 22:44 to shatter (by today’s standards) the existing mark of 24:14.

If 25 minutes seems like a pretty good time on a 500-foot route, consider the rest of the work “The Naked Edge” demands. First, you must grovel up talus to the base of the wall itself.

Then you have to climb (read: free solo) about 200 feet of 5.8 climbing. Then do the route, and then hike (or roll, or tumble, or whatever you have to do to get the job done pronto) back down to the car.

Griebel recaptured the benchmark after holding it for a relatively long time, starting in 2015. That year on May 22, he and Jason Wells set the bar at 24:29 after several years of grappling with Brad Gobright and Scott Bennett, the Durango Herald reported. (Gobright and Wells have both since died.)

Hewing to the rules of engagement involves a lot of running around in full climbing regalia, gear jostling around everywhere, and making trivial work of terrain highly familiar to each team member.

Watch nearly the entirety of Griebel and Kennedy’s effort unfold in this Vimeo post. And make your plans to make the news — there’s not a lot to their strategy that any average climber can’t understand from casual observation. 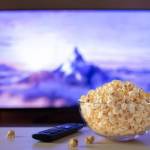 Rest Day Reels: These Climbing Films Will Get You Stoked

It’s not always practical to get outdoors, so here’s the next best thing: our selection of the top climbing movies to satisfy your urge for adventure. Read more…