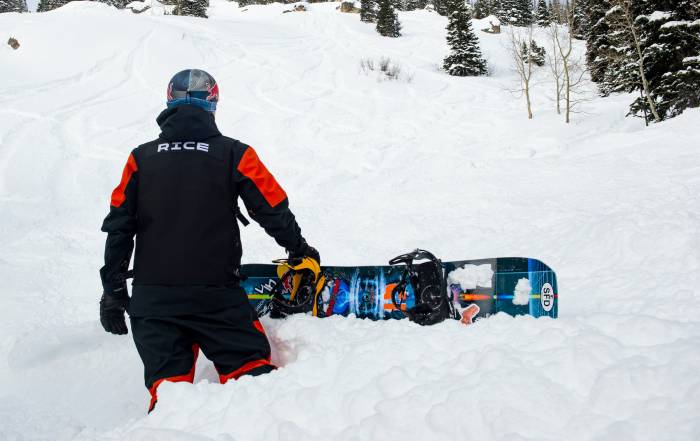 Natural Selection Tour’s first stage in Jackson Hole wraps with the finals on Tuesday. These are the snowboards that pros are riding for 2021 in this unknown terrain.

But by the end of day one, the venue was tracked up. Luckily, a storm on Friday filled in the tracks — and then some.

With nearly 3 feet in the last 48 hours falling on an already-solid base, Jackson Hole Mountain Resort blasted past the 300-inch benchmark for the season. (At the time of writing this article, the season total is sitting at 336 inches.) That’s all to say the storm has ensured the final comp in Jackson Hole tomorrow will have plenty of powder.

Moving into finals day, half of the riders have been eliminated: only four women and eight men remain. As a gear nerd, snowboard tester, and GearJunkie reporter, I’ve been curious: What will these top talents be riding tomorrow? Chances are, they’ll be riding these boards.

This is the Mervin matchup. PNW snowboarder Austen “Froth Goblin” Sweetin rides for Lib Tech, and Jackson’s own prince of powder, Blake Paul, rides for Gnu. Both brands are subsidiaries of Washington-based board-builder Mervin.

Day in and day out, from hardpack to waist-deep pow, the Dynamo ($499) is Sweetin’s board of choice. A one-inch setback and 3mm taper make this directional shape capable in pow yet still adept at landing switch.

C3 Camber puts a rocker pocket between the feet, which will help Sweetin find the sweet spot when surfing through Jackson Hole’s bountiful blower.

Paul began riding this directional freeride board several years ago and never put it down. He liked it so much that Gnu turned it into his pro model.

Over the years, it’s stiffened up a touch, but Gnu still rates it a 5 out of 10 on the stiffness scale. Paul appreciates a softer stick than many of the riders on the Natural Selection Tour: He’s fairly slender, with a lithe, light-on-his-feet riding style.

Pronounced rocker supplies float, and a directional freeride outline with a moon tail suggests that Paul might be more likely to throw 720s than 540s in a potentially bottomless final.

This matchup is natural talent versus pure grit. Ben Ferguson, a Burton team rider from Bend, Ore., has arguably the best method in the Natural Selection field. And Sage Kotsenburg, the tenacious, Utah-based Olympic gold medalist, has arguably the deepest bag of tricks.

Ferguson has been known to ride — and rip — a Burton Custom, but given the deep conditions in Jackson, he’s riding Burton’s Family Tree Hometown Hero ($629). This directional twin can throw down in powder, land switch, and pop to the moon — as Ferguson has demonstrated time and time again.

Kotsenburg often rides the futuristic K2 Alchemist in powder, but he opted for the Manifest Team ($599) on day one of the competition. With a twin shape, the snappy, spin-savvy Manifest Team is an all-mountain aerialist.

Catch-free, flowy turns are on tap too thanks to K2’s gentle, “Tweakened” rocker profile. (The 2021 Manifest Team board has the same basic template as the already-radical Manifest.) 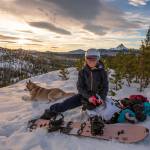 This quarterfinal is arguably the most anticipated matchup of the event. Canadian slopestyle king Mark McMorris and Natural Selection maestro and backcountry freestyle GOAT Travis Rice have both been dominant in their disciplines for the last decade (in Rice’s case, you can tack on a few more years).

McMorris’ pro model, the Process, is more tuned to park than powder, although it’s available in both a hardpack-ripping camber version and a more mellow, more buoyant Flying V rockered version. However, like his teammate Ben Ferguson, he’s opting for the Hometown Hero ($629) at Natural Selection.

A hybrid between Rice’s big-mountain destroyer, the Goldmember, and his cult-classic Orca, the Golden Orca ($749) is ridden a centimeter or three shorter than your normal freeride board.

It’s wider than the Goldmember but narrower than the Orca. The nose is Orca-esque, but the tail is re-engineered and offers more of a landing pad.

I happened to be testing the Golden Orca on Friday. While the 157 I was riding doesn’t have the buoyancy of my 153 Orca, it’s much better at landing and riding switch.

This matchup is another one that snowboard fans never would have expected but can’t wait to see go down. Mikkel Bang, a longtime Burton pro and star of the brand’s recent film “One World,” keeps a fairly low profile.

Yet, he’s revered as one of the most stylish and naturally gifted riders to ever strap in — exemplified by his switch backside 540 on day one of the Tour.

He’ll be up against Pat Moore, the pride of the East Coast and a backcountry safety advocate, who laced back-to-back 720s in what judges called the best run of the event so far.

Bang isn’t afraid of riding a big board. He sizes up his Custom ($629) for float, especially in conditions like we’ve seen in Jackson this week. That extra length increases buoyancy.

Thankfully, Bang’s a strong rider who can make the most of the pop and switch capabilities of this all-mountain favorite.

Tahoe ripper Elena Hight recently made the transition from SuperPipe to powder, a journey she shared in TGR’s “Blank Canvas” film. French freerider Marion Haerty, on the other hand, has three Freeride World Tour titles under her belt and is no stranger to big-mountain riding.

Hight will look to differentiate herself with freestyle flair while Haerty places emphasis on flow and line choice.

The Women’s Flagship ($649) is a stiff, powerful, freeride-focused board with a contoured base that provides effortless float and turn initiation in powder.

Despite the set-back stance and decent taper, it can still stomp tricks — and switch too. This board is the basis for Jones’ bestselling Solution splitboard, which Hight rides when exploring the backcountry.

Rossignol built Haerty’s new pro model, the After Hours ($549), to chase Freeride World Tour podiums. Urethane strips help transfer energy to the sidewalls and lock in edges on icy terrain, although Haerty will be mainly relying on the generous nose of this big-mountain blade to float her way through finals day.

Up-and-coming New Zealander Zoi Sadowski-Synnott exploded on the scene when she swiped a bronze at the Big Air in the 2018 Winter Olympics and followed it up with multiple medals at the X Games. (Sadowski-Synnott won one of the two Wild Card spots to ride in the Tour.)

After her own successful competitive career, Hana Beaman became a backcountry legend with a catalog of video parts and film projects.

This matchup is fresh-faced challenger versus established OG — and it’s not one to miss.

Like McMorris and Ferguson, Sadowski-Synnott is riding the unisex Burton Hometown Hero ($629). There seems to be a theme going on here — unsurprisingly, the biggest brand in snowboarding has more team riders in the finals than any other, and the Hometown Hero is by far the most popular board in the entire event. 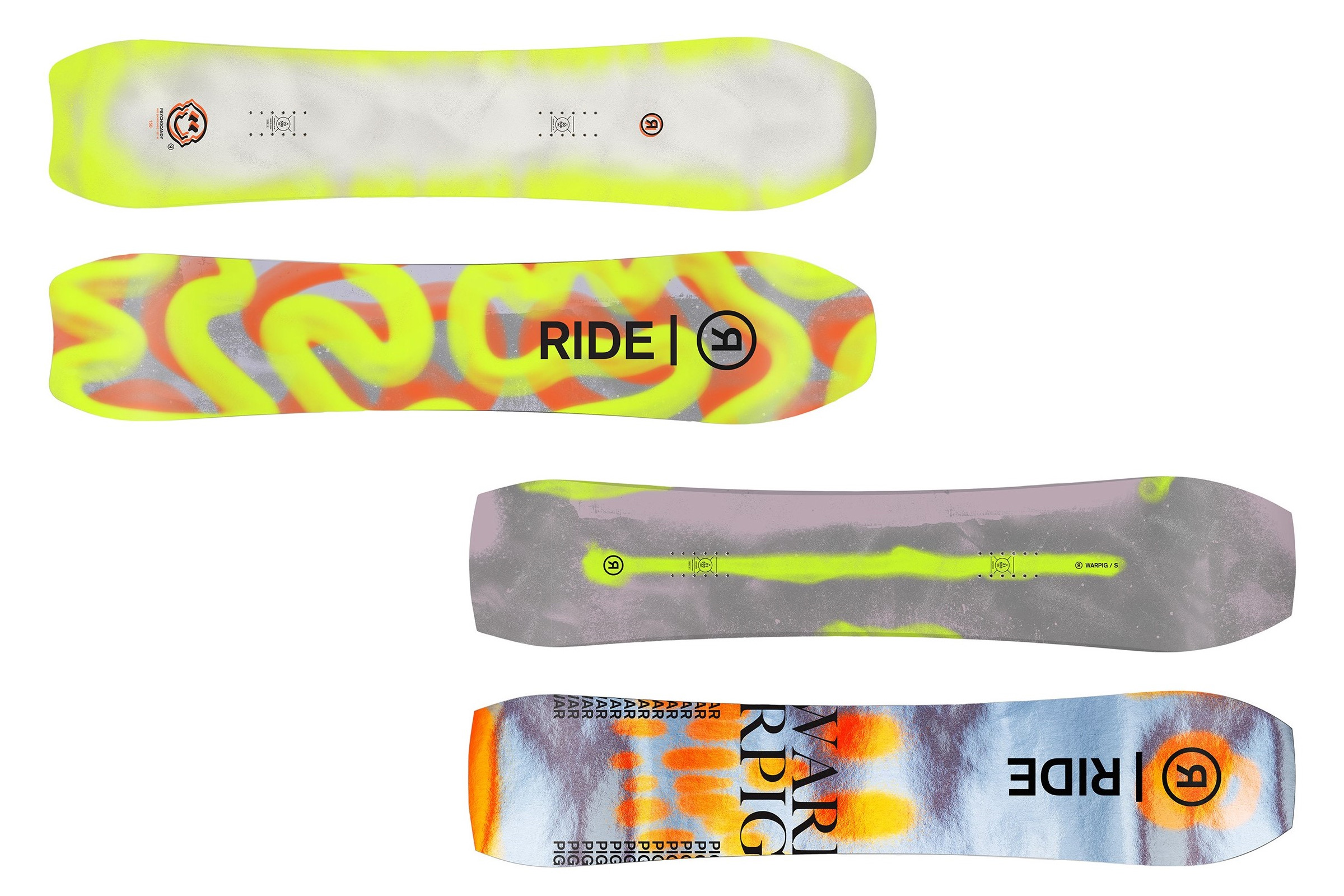 Beaman’s known to get buck on the Ride Psychocandy ($519) which is similar to the popular men’s Warpig but sports a more manageable flex, and a waist width that suits smaller boots.

Beaman has also been riding the stiffer Warpig ($529) during her stint in Jackson Hole. Both volume-shifted shapes, these boards are meant to be sized down from your typical decks.

Finals day will start with the men’s quarterfinals and women’s semifinals. Each rider will get two runs and receive scores on each. A new twist: in the quarter and semifinals, if riders tie with one win each, the rider with the highest overall score will advance.

The winner in each head-to-head battle will move to the finals. In the finals, if riders tie with one win each, they will compete in a third run as a tiebreaker. 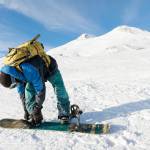