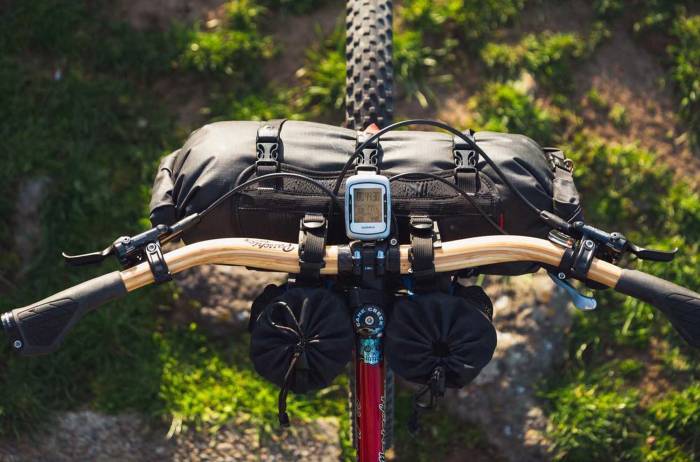 Passchier claims its wooden handlebars will withstand rough terrain, long-term use, and all the elements. They also look pretty sweet.

Just when you think bicycle innovation has finally reached a dead end, a bike brand comes along and does something like this.

While DIY bike builders have probably used wooden parts in bicycles before, it’s unlikely anyone has made bamboo handlebars meant to survive serious trail riding.

Passchier claims to have done the seemingly impossible with its two wooden handlebars, at least for anything but “aggressive downhill riding” or for riders over 243 pounds. The company also said that despite their supposed durability, the bars still flex under pressure, offering riders a new level of comfort for their hands and wrists.

“The tree’s natural cellulose structure absorbs vibrations, which is exactly what you’re after when you’re riding local trails, gravel roads and undulating road surfaces,” Passchier wrote on its website. “So with this attribute, [handlebars are] the perfect bike component to be made of bamboo.”

Passchier is aware that many riders will feel dubious about wooden handlebars. As a result, it has an entire web page explaining the strength and durability testing of the bars.

The company tapped Kiwi Mechanical Laboratory to create a machine specifically for testing. That machine applied 20 kg of force to either end of the bars in an alternating pattern, and then exerted 25 kg of force to both ends simultaneously.

Those tests mimic the forces involved in turning, hard stops, and hitting curbs or objects in the road. The company said that each of the tests was repeated for 5 days, more than 100,000 times. The bars ended up meeting the ISO Strength Standard. This international organization determines how much force handlebars must resist to be safe.

Then, to further test their durability, Passchier left the handlebars outside unprotected against rain, hail, and sun for 2 years. The company claimed they came out of that test “without a stain” to show for it.

Still doubtful? Engineers have found that bamboo has a higher tensile strength than steel and could replace it in construction. And a 2016 TED Talk calls the wood “21st-century steel.”

Passchier named both models after Forrest Gump (for some reason), and both are angled at 22 degrees.

The 760 model bars aim for tourers, e-bikes, and urban commuters. They come in laminated bamboo, and the model number reflects the length. With a carbon fiber sleeve in the clamping area and a 31.8mm diameter, they have a claimed weight of 330 g at a width of 760mm.

These bars were designed to accommodate the “town cruiser that wants comfort and maneuverability through tricky traffic,” Passchier wrote. While these bars come with the same 22-degree angle as the Gump 760, they’re also shorter. At a length of 650mm, they also have a significantly lower claimed weight of just 250 g. The diameter and material also remain the same.

At $225, they cost the same as their slighter larger cousin. 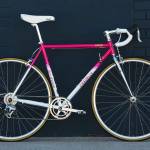 There's only 50 bikes available in this limited-edition collaboration, so don't wait too long to find one of these sweet rides. Read more…