Oru’s limited-edition black folding kayaks sold out in the blink of an eye when the brand first launched them in October 2021. Get your ‘Add to Cart’ button finger ready if you want one.

For the second time, Oru offers its popular origami kayaks in black. And this time, the brand thinks they’ll last a little longer.

The 12’3″ Oru Bay ST: Black Edition comes with a carbon paddle, a seat wedge, a waterproof backpack, and a set of float bags. The first time Oru dropped black boats, they sold out within hours.

On the strength of that viral popularity, the brand will release another wave on Friday, Jan. 14. It’s unclear how many black Orus left the factory the first time around, and the brand hasn’t said how many it built this time. However, Oru did say that they expect the new stock to last about a week.

The company offers multiple single-seat designs and one tandem design. They’re suitable for beginners and seasoned paddlers alike, as well as a variety of purposes from whitewater to open water. 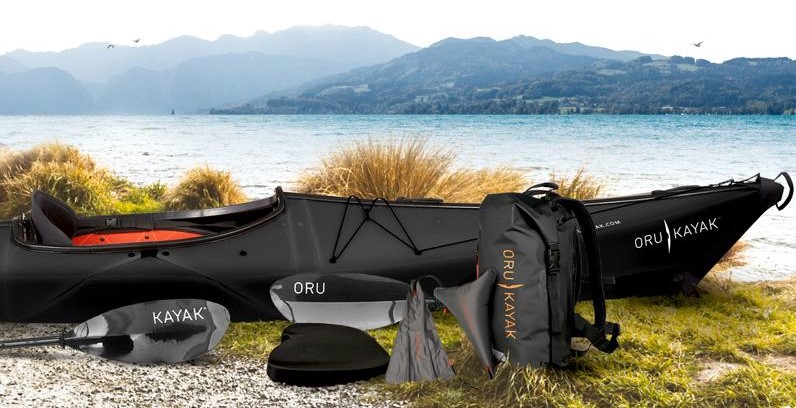 Among the lineup, the Bay ST is the workhorse. It’s compact enough to get through reasonably tight river squeezes, and Oru says it’s got enough stability for ocean outings. And its 90L storage capacity should be plenty to facilitate a few days on the water.

It’s light at 26 pounds and floats a maximum of 300 pounds. The 2021 iteration gets reinforcement at the strap anchor points and cockpit latches (attachment points for the folding structure). It folds down to a 33 x 14 x 29-inch box that has a padded shoulder strap.

The limited-release Oru Bay ST Black Edition is precisely that: black. Formerly, every Oru entry was the same bland, off-white color. Effectively, the Black Edition lets Oru customers choose the color of their boat for the first time. And they’ll potentially intimidate other kayakers with some sinister Darth Vader vibes.

Unlike the first drop, the Oru Bay ST: Black Edition is available in three accessory packages, just like the stock boat with the same pricing. The entry-level “Essentials” package, with the boat and a backpack that contains it for carrying, costs $1,747 MSRP.

The black package re-launches on Jan. 14. The first release, which the brand called “very” limited, proved instantaneously popular. There’s no reason to believe the second drop won’t go similarly viral. Jump on the Oru Black Edition fast if you want one — once they disappear, there’s no telling when they’ll be back.

Up Next: Sky Runner Smashes 2 Speed Records in Ecuador and 4 More Stories to Start Your Week