Fans of Pinarello, take note: The brand will auction off a hot limited-edition bike. But there will only be 12 ever made.

This week, revered road bike-maker Pinarello partnered with designer Hani Rashid to create a limited-edition Dogma F12 road bike. However, you can only get the bike at auction. 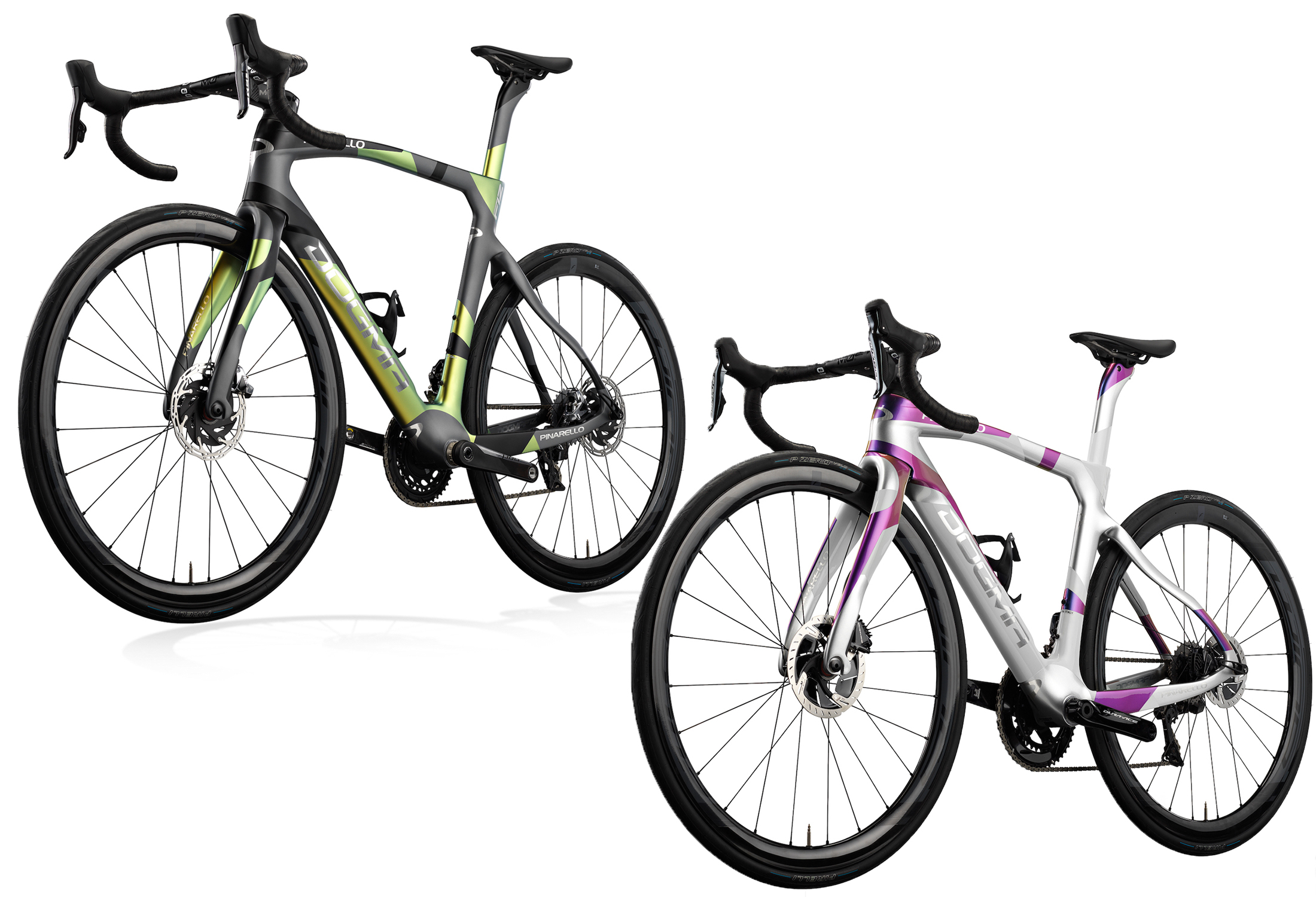 The two original Hani x Pinarello F12 complete bikes will be raffled off via eBay Auction to support World Bicycle Relief. The charity auction will be live until Monday, October 5, at 12 p.m. PST. Current bids top $10,000, which isn’t outrageous for a limited-edition quality bike. Plus, it’s for a good cause.

And even if you miss the auction, Pinarello will also sell 10 limited-edition replicas through select dealers afterward.

About the Limited Dogma Design

“My creative approach on the special edition celebrates Pinarello’s powerful and impressive racing and cultural pedigree,” said Hani Rashid. And as evidenced by the super-sleek design, Rashid aligned the bike’s aesthetic with Pinarello’s aero race style.

The finishes — on par with Rashid’s architectural background — are intricate and angular, with an organic and lively palette of colors, which, according to the press release, “draw inspiration from the changing of seasons in Italy’s Dolomite mountains.”

Both auction bikes will be on display at Strictly Cycling Collective in NYC if you want to check them out in person.

We interviewed a few prominent teams taking part in the latest edition of Eco-Challenge, the expedition adventure held in Fiji. Here’s the gear that helped them through the ‘world’s toughest race.’ Read more…

Worldwide Charity Bike Ride Announced: Here's How to Get Involved

Empower yourself. Empower each other. Join World Bicycle Relief in a global community ride. Read more…

Up Next: Fat Bear Week Is Back: Cheer for the Chubbiest Bear

Saving…
Fat Bear Week Is Back: Cheer for the Chubbiest Bear
‘Beyond the Backyard’: Bike-to-Packrafting the Potomac River
×