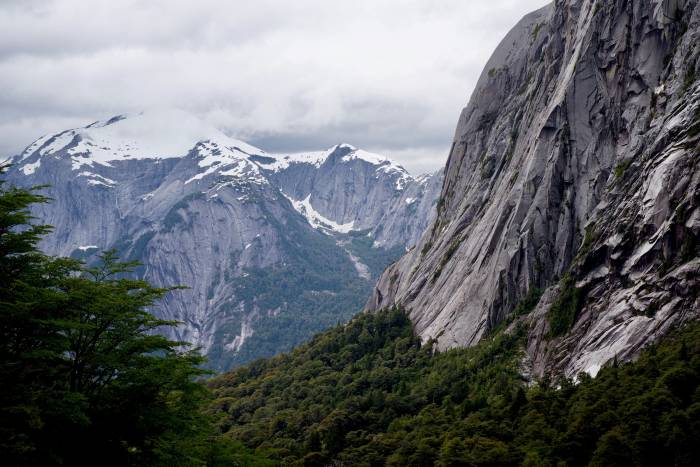 The Cochamó Valley is equal in size to Glacier National Park, but Chile's government doesn't protect it; (photo/Cesar Gonzalez Palomo via Shutterstock)

​​Environmental groups have advocated for Chile’s government to formally protect the Cochamó Valley’s 1-million-acre area for years. Their efforts are now becoming a worldwide focal point after the wealthy businessman who owns a third of that area listed his land for sale.

The 323,000-acre Hacienda Pucheguin went on sale at an undisclosed price last month via New York auctioneer Christie’s. Since then, a Change.org petition to make Cochamó an official nature sanctuary (Santuario de la Naturaleza) has amassed over 99,000 signatures.

Climbers and environmentalists have long revered the valley — a massive tract of forest and glacier-carved granite in central Chile — for its big walls and biodiversity.

A lot of that is due to its remoteness to humans. Even though the climbing community knows it as “the Chilean Yosemite,” it remains relatively undeveloped.

Climbing and tourism in the valley are based on collaborative efforts between non-government organizations and locals. Groups like Friends of Cochamó and Puelo Patagonia have worked there to help build infrastructures like trails and primitive toilets. Efforts to clean up trash, provide search and rescue services, and track tourist usage have also occurred.

They’re up against a big task in terms of sheer scale; the Cochamó Valley is roughly the size of Glacier National Park.

The Christie’s ad makes a distinct nod to the sprawling area’s rustic charm.

It’s “a unique pocket of paradise bound by rolling hills, water, and pastoral farmland of sheep, cattle, and horses. An oxygen lung for the planet, Hacienda Pucheguin is the only place in the world that affords visitors the privilege of hiking along trails lined with incredible hardwood that, despite the passage of time, remains hard and water resistant so that much of the area’s original buildings made from it are still standing,” according to the property listing.

Not only that, lifetimes’ worth of big wall climbing exists on its carved granite cliffs, which can tower up to 4,500 feet. And the Trinidad, Anfiteatro, and Monster valleys — where a massive chunk of the established climbing exists — lie within Hacienda Pucheguin.

A Fraught Land Use History

The petition’s sponsor, Cochamó Protegido, asserted that potential construction projects, including subdivisions, roads, and hydroelectric dams, pose threats to the natural character of the valley.

Significant precedents underpin the group’s concerns. Chilean businessman Roberto Hagemann owns the tract up for sale. Hagemann has made headlines for years with the property, many relating to prior attempts to develop and sell it.

Project proposals began around a decade ago when a company called Mediterráneo S.A. — linked to Hagemann — proposed an extensive hydroelectric dam on the Rio Manso.

The river cuts into the valley to the south and east, crossing the Argentina border at the town of Paso El León. If completed, a 37-mile transmission line mounted on 500-foot towers would have cut westward across the country to Puerto Montt.

Meanwhile, environmental activists protested. The electrical lines would have existed on a UNESCO Biosphere Reserve, a “learning area for sustainable development.” And the project would have run up against Chile’s ZOITs — “Zonas de Interés Turístico,” or “areas of special tourist interest.”

Nevertheless, Mediterráneo S.A. had started road construction to access the project site by the time the Chilean Supreme Court shut it down in late 2017. In its decision, the court cited the Third Environmental Tribunal’s resolution that “Mediterráneo’s contracted anthropological study of the socio-ecological impacts on Indigenous people was inadequate,” according to an article from the Natural Resources Defense Council.

Research by a Chilean environmental advocate closely linked Hagemann to Mediterráneo S.A. According to the paper, Hagemann’s mother and sister started one of its subsidiary companies through a private investment fund.

The same researcher, Mauricio Fierro, also linked Hagemann to the 2008 transaction of water rights along the Rio Manso — a significant Cochamó waterway the dam project would have affected.

Following the failed dam project, Hagemann tried to sell the Hacienda Pucheguin in October 2018. But he later aborted the effort when COVID-19 put potential foreign buyers on ice, according to news outlet Soychile.

Christie’s also managed that previous listing, which posted at $150 million.

Federally protecting the Cochamó Valley could make Chile’s government responsible for acquiring Hagemann’s vast tract. Whether Chile has granted any of the lands the status of Santuario de la Naturaleza is a rumor — but the precedent for federal protection does exist in the area.

In March 2017, the country’s largest private nature preserve, the Parque Nacional Pumalín Douglas Tompkins, became official thanks to help from the Tompkins Conservation, the endowment fund created by its outdoor entrepreneur namesake.

The park started as a Santuario de la Naturaleza, as ordered by then-president Ricardo Lagos. The Tompkins Conservation gave it significant support through land donations, eventually amounting to around 725,000 acres.

To get on board to protect the Cochamó Valley, you can sign the Change.org petition and stay up to date through vetted groups like Puelo Patagonia and Organización Valle Cochamó. 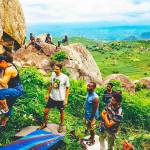 'Like Yosemite in the '50s': Malawi's Wealth of Climbing — And Community

For the climbers who visit Malawi, it's not just about the abundance of cliffs waiting for first ascents — it's about building community. Read more…