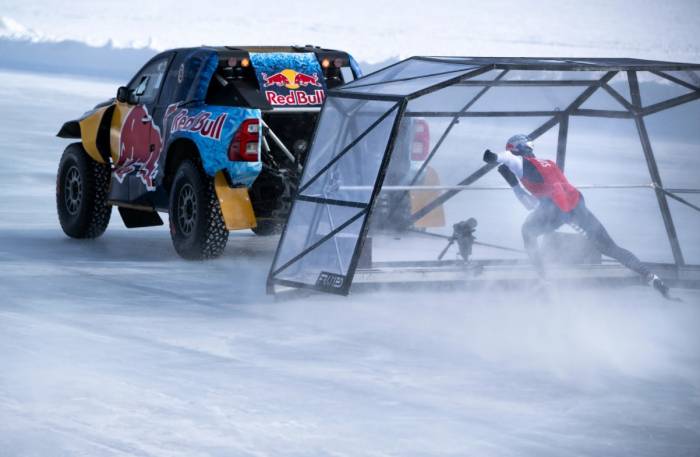 Ice skating at highway speeds? Who else but Red Bull would make it happen?

In the video post, a Red Bull-wrapped rally-style truck pulls what looks like an airplane canopy, apparently on sleds, across a frozen body of water. Under the canopy, a speed skater sprints.

The skater is keeping perfect time with the truck, which is clearly going pretty fast. How fast? According to the post, 103 kph, or 64 mph — a new speed skating world record.

Who Does That? Olympic Champion Kjeld Nuis — and He’s Done It Before

The skater is Dutch Olympic speed skating champion Kjeld Nuis. If his 64mph benchmark gets verified, it will break his existing world record — set in 2018, also with Red Bull.

That year, Nuis and the team set the then-record of 93 kph (58 mph) in Swedish Lapland with a similar setup. Nuis called the canopy an “aeroshield.”

“When I went next to the aeroshield,” he told Red Bull, “I really got punched back by the wind. It felt like hanging my head out of the window on the highway. That exact feeling, but on skates with irons of 1.1 mm!”

Watch his 2018 record-setting attempt below:

If you think ice skating as fast as you’d merge onto the highway in your car would be scary, you’re apparently right. Nuis, his coach, and family members on hand all spoke to the drama of the 2018 record try.

Red Bull reported that Nuis’ father watched the attempt. According to him, the tension was even higher than during the Olympics.

Nuis’ coach, Jac Orie, added that he was afraid of the consequences if the attempt failed. “There are certainly risks, and that part is not fun — sometimes it’s even a bit scary,” Orie said.

Did the fastest man on blades get even faster this March? Red Bull thinks so. This year’s attempt took place at Norway’s Savalen Lake. According to the brand, the conditions were perfect. Still, the margin for success was narrow.

After mistakenly saying that he “literally” flew (unless there’s part of the clip we’re not seeing), Nuis spoke to the challenge.

“Every little bump felt like a threshold. Sometimes I even got really loose from the ice. Skating that fast is technically challenging and requires precision,” he said.

“Moreover, I skated more than 2 km on each attempt, which I never do in competition. So today’s tactic was to skate as far as possible into the windcatcher so that I had enough energy left to make the acceleration from 92 to over 100 kph. It was very hard on my body. This is really the maximum that is possible on skates.”

Whether or not Nuis achieved the “maximum possible” skating speed, there’s every indication that he’ll be the one to break his record again — if, in fact, it’s not impossible.

Dakar Rally record-holder Seth Quintero piloted the rig. Despite his well-known skill, driving on the ice pushed him to the limit too. And recounting the action later, he found doing what Nuis did hard to believe. 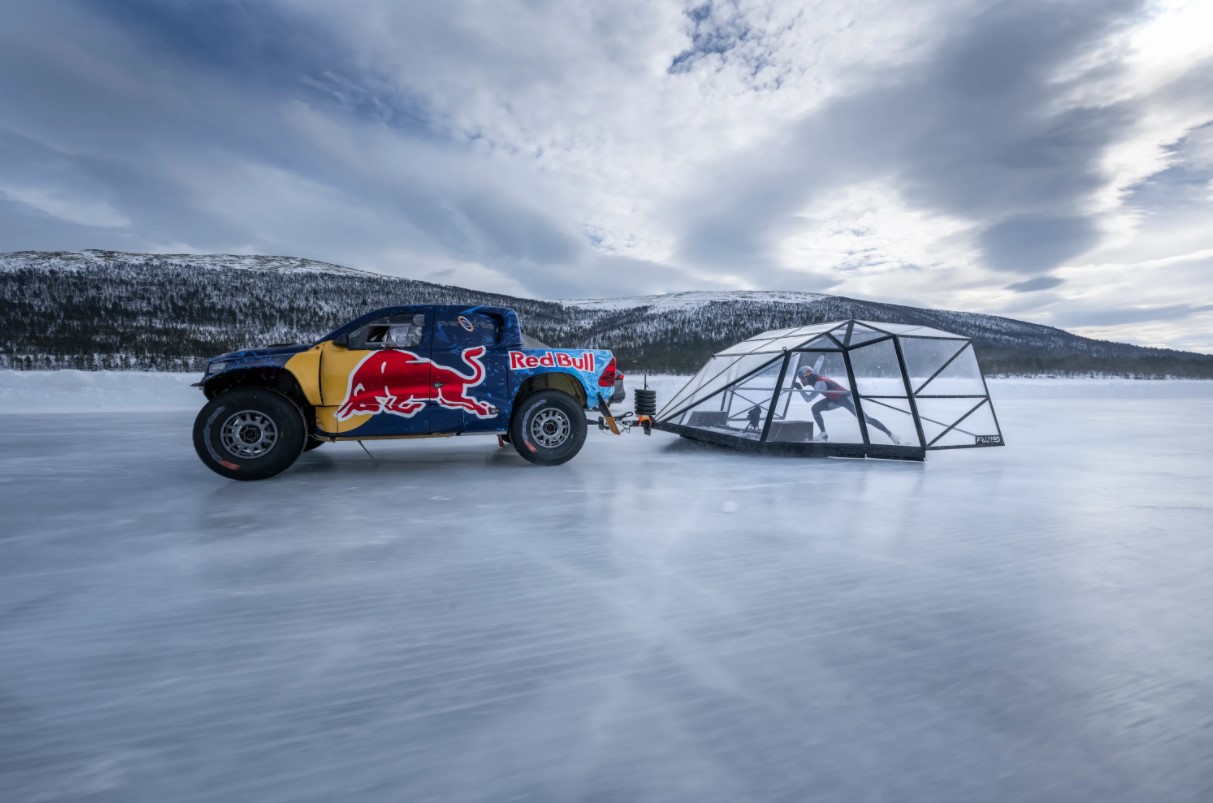 “The biggest challenge for me was to accelerate in the right way,” Quintero explained. “I’ve also never felt so much tension at such a low speed. On the other hand, while riding on the ice, I couldn’t imagine anyone achieving that kind of speed with their own legs.” 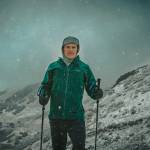 The Cirque Series, the premier max elevation mountain race, was canceled by the pandemic. That didn't stop this runner from taking on a massive challenge. Read more…