Across 11 states, 152 days, and 3,700 miles, Rickey Gates set out to make his extraordinary run across America as ordinary as possible. 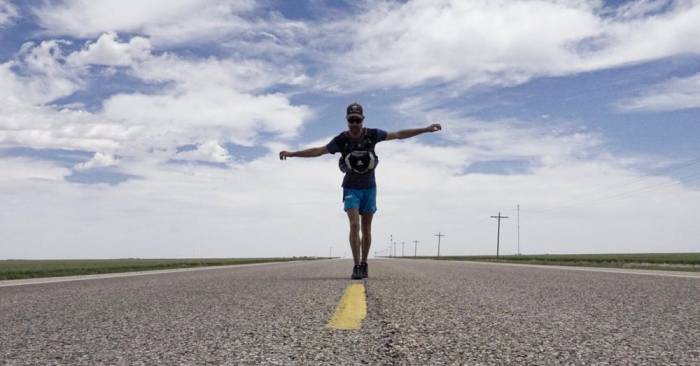 On March 1 this year, without much fanfare, 36-year-old Salomon-sponsored ultrarunner Rickey Gates took his first stride from Folly Beach, S.C. With wind pushing at his back and the Atlantic Ocean sprawled behind him, Gates set his sights on the Golden Gate Bridge far beyond the horizon.

His goal: Run unsupported across America. He wasn’t after a fastest-known time or personal glory. Instead, he wanted to connect with his countrymen and women. He aimed to complete the journey with no more help than an average runner.

On August 1, Gates crossed under the towering arches of the Golden Gate Bridge, five months and $5,000 later.

“Driven by curiosity, adventure, manifest destiny, and ultimately freedom,” Gates wrote on his Transamericana blog, people have long ventured from east to west. He set out for similar reasons, but also to show that it was possible for anyone—even those without gear deals or media coverage.

“I have chosen to go unsupported for this trip,” he wrote. “No RV with a cozy bed and cold beers in the fridge, no chef providing me with calories – just me and a pack.”

Gates even imposed a $1,000 per month budget on himself. He sought to “get close to strangers, make friends, share bread, be uncomfortable, be happy, and carry on.”

The Aspen, Colo., native announced the Transamericana run last autumn after a nationally divisive presidential election. Inspired by the differences and uncertainty he saw within his own country, he resolved to better understand his fellow Americans. 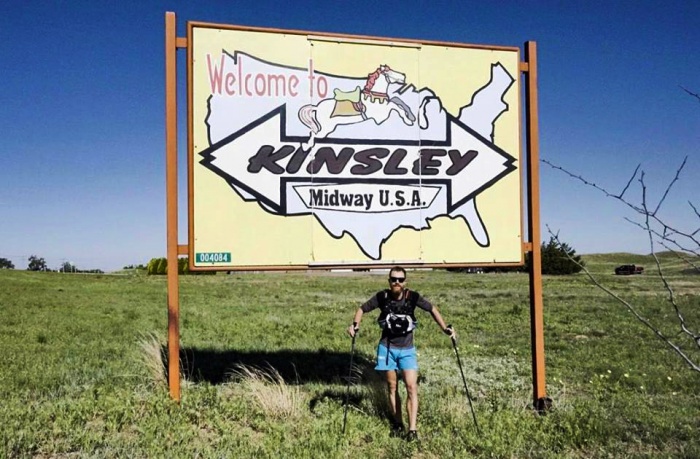 “They say that you cannot know the world without knowing your own backyard,” he wrote in announcing his run. “In a time of uncertain politics and a crescendo of differences, I have chosen to slow things down, simplify my life, and get to know my country at a step-by-step intimacy.”

In addition to the roughly $33 per diem, Gates kept his resources to a minimum. He had no GPS or navigation device beyond his phone, which he used to keep in touch with his family. 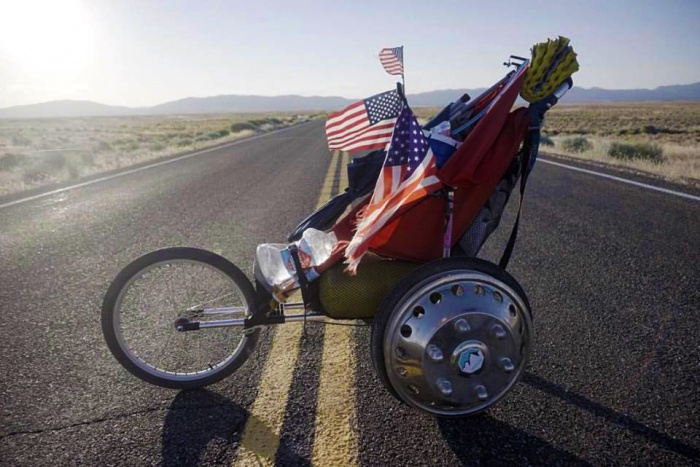 No support vehicle followed along. Instead, Gates ran with a pack, and occasionally used a modified stroller and golf cart. He pushed along camping gear, food, and supplies.

In total, he spent 100 nights under the stars, 30 nights couch surfing, and 20 nights in hotels.

Along the way, Gates took a break to rest for a week in Wisconsin. He also enjoyed a few days’ time with family at his Aspen home. And he rented canoes for a few stretches along rivers.

Most of his journey passed through southern states, and as his Instagram feed shows, he spent a good deal of time talking with and getting to know people. He met with shop owners, 50th-anniversary couples, hardline conservatives, and, for Gates, like-minded liberals.

Transamericana wasn’t about time or achievement. For Gates, it was about reconnecting with a home he hardly knew. As he noted on his blog, that home is varied, ordinary, and magical.

“We are the Good, the Bad and the Ugly,” he wrote. “We are steeped in success and failure, pride and shame, misunderstandings and assumed truths.”

It looks like Gates took this journey for all the right reasons. We reached out to him to learn more and will report back with more insights rom his epic travels.

Up Next: Switzerland Erects World’s Longest Pedestrian Bridge Near Matterhorn