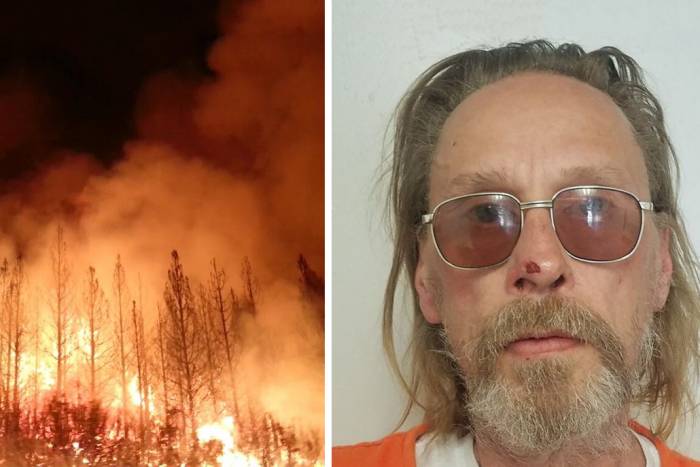 On Thursday, authorities charged Jesper Joergensen with 141 counts of felony arson for allegedly igniting the Spring Creek Fire on June 27, Reuters reported. Still active in the Sangre de Cristo Mountains in southeastern Colorado, the blaze has so far scorched nearly 108,000 acres. But, according to InciWeb, it’s currently 91 percent contained.

According to the Denver Post, Joergensen, 52, in a police affidavit denies intentionally igniting the fire, which destroyed 140 homes. Joergensen faces an arson count for every building the fire leveled.

A Danish national, Joergensen was living illegally in the U.S. with an expired visa when he allegedly started the fire. Joergensen told police he was camping in the area and saw a small tinder fire burning in dry brush about 20 feet from the spot he had previously extinguished a cooking fire.

There was a fire ban in place, making his cooking fire illegal. According to police, Jorgensen said he did not know a fire ban was in place, although he suspected there was one due to dry conditions.

Persistent dry conditions have fed fire risks throughout the state and across the American West. The Spring Creek Fire is one of about a dozen currently active wildfires in Colorado, burning nearly 200,000 acres, according to the Colorado Division of Fire Prevention and Control.