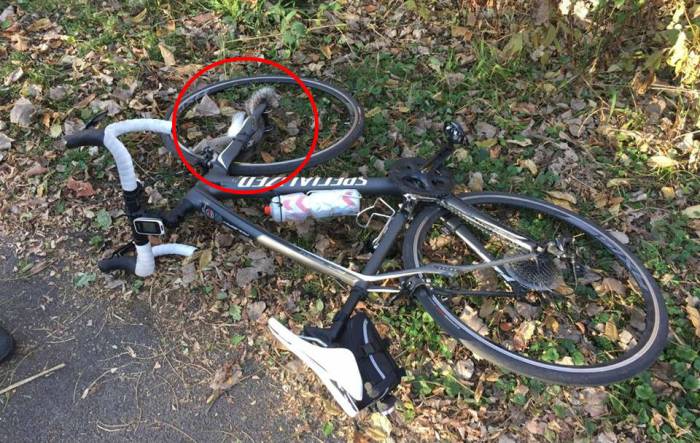 In case political stories this year haven’t been crazy enough, here’s one that involves a ‘kamikaze squirrel’ and local politician who hates the rodents.

Howard Brookins Jr., alderman for Chicago’s 21st Ward, has six fewer teeth, a broken nose, and a fractured skull. But he’s on the mend.

The squirrel that put him in the hospital, however, was not so lucky.

Fluffy, Peanut, Nibbles, or whatever its name was, sacrificed itself in what some major media outlets—and the alderman himself—are portraying as an assassination attempt.

As it happens, Brookins took to the soapbox in October decrying the “aggressive squirrels.” He warned residents of the ravenous menace chewing through the city’s garbage cans.

Then one took him out.

On Nov. 13, while riding his Specialized bike along the Cal-Sag Trail, Brookins went flying over his handlebars after a freedom-fighting puff-tail launched into his spokes.

Though the ironic twist cost the squirrel its life. It also put Brookins in the OR.

The alderman will return to normal duty after recovery.