The Tesla Cybertruck may or may not ever exist, but its utility as a money magnet appears solid. Now, an aftermarket camper concept has cleared $100 million in preorders.

Stream It Inc. rolled out its own Tesla Cybertruck camper concept earlier this year. The CyberLandr looked ambitious in renderings, with swiveling, nesting parts everywhere and a spa-inspired bathroom.

By Dec. 8, $100 million in reservations had piled up in anticipation for the camper, which still doesn’t appear to exist in any non-digital form. Sound familiar? We thought so too.

It’s difficult to tell whether the CyberLandr will amount to vaporware or if the Cybertruck will do the same. Of course, Stream It Inc. will end up high and dry without a truck to drop its product into.

An important note to make here is that Musk has already reported that the Cybertruck will be considerably smaller than the concept truck shown. This will make all that the CyberLandr promises even more impressive to deliver in a relatively small space.

If it does land, though, and ends up looking anything like it’s supposed to, it promises to impress. Aerodynamics and pop-up function lead the design.

In concept, the camper fits a kitchen, living room, bedroom, bathroom, and office under the Cybertruck’s existing tonneau cover. According to the company, users will roll back the cover, then touch a button on their smartphone to make the Cybertruck camper pop up. Watch the video (and listen to the dramatic soundtrack) to get the idea.

That’s when the real fun starts. Four tiers of nesting walls extend to create the cabin. A retractable solar panel deploys to both collect power and create an awning. Big windows light up the space, which (purportedly) contains a mind-boggling array of accessories.

A touch- and voice-controlled faucet is mounted over a big sink (“huge,” according to Stream It Inc.’s video). There’s a flush-mounted induction cooktop and a fridge next to that. Pivoting tables and chairs reconfigure to create a workspace, dining area, recliner, sofa, and bed. The recirculating showerhead delivers five different flow patterns.

The list goes on. A 32-inch 4K TV can stream entertainment thanks to the camper’s onboard Starlink (SpaceX broadband) connection. A motion-sensing alarm and 360-degree surveillance system secure the rig, contents, and inhabitants.

According to Stream It, it all adds up to a camper that “redefines what a vehicle can be,” positioned to facilitate everything from tailgates at kids’ soccer games to serious backcountry adventures. 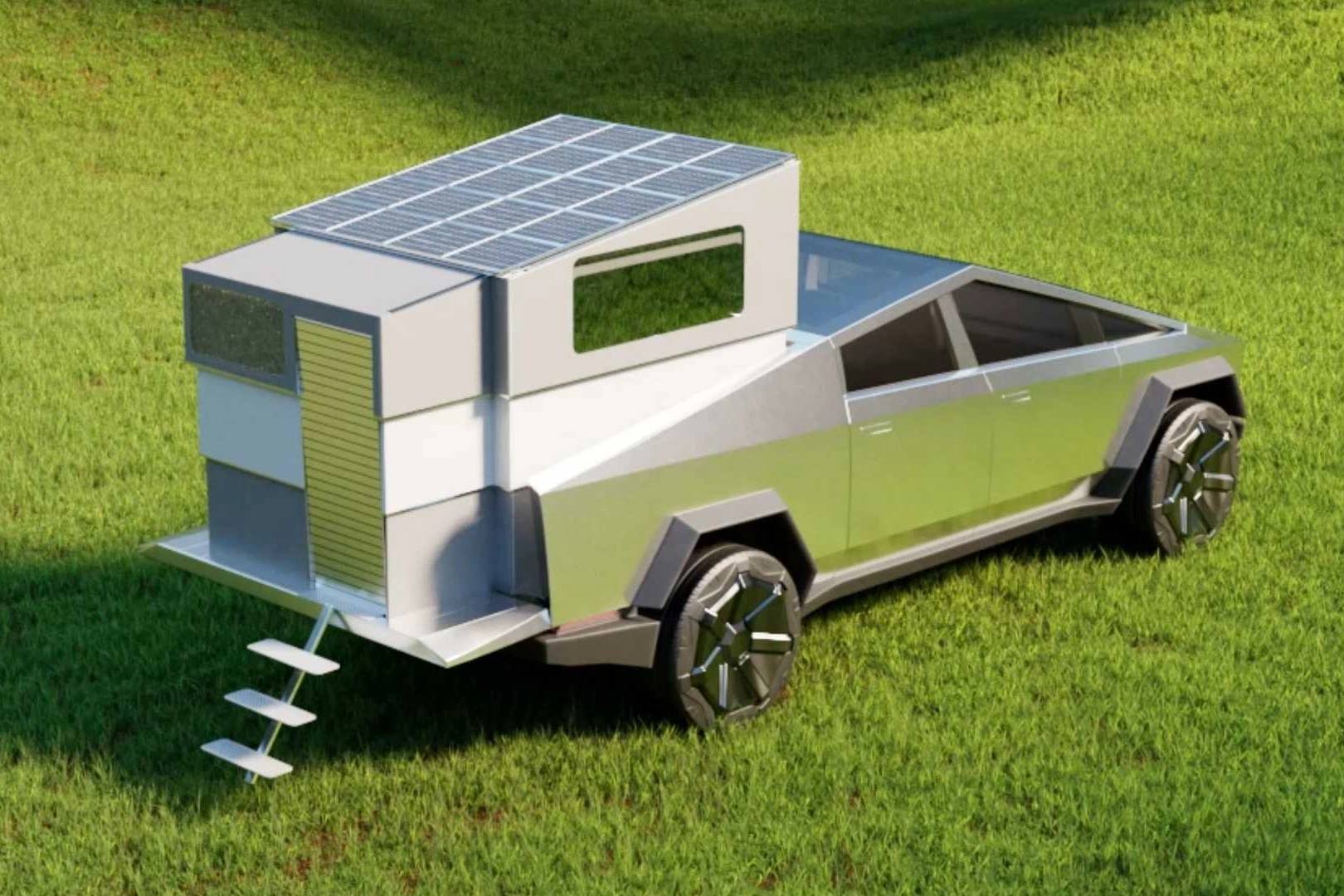 It might redefine the category if it ever exists. If Tesla fulfills all existing Cybertruck preorders (as of the most recent available figures), it will churn out 1.2 million trucks and clear $81 billion in revenue. Those massive production numbers should make it easy for Stream It to sell the 10,000 CyberLandrs it has on order.

Since the company dissolved its public relations department, cogent Cybertruck delivery updates have been few and far between. Media outlets now suggest mid-2022 as a target date — but it’s already been 2 years since we saw the prototype.

With CEO Elon Musk at the helm, any timeline appears likely. Are we living in the one where we’ll see the CyberLandr change the truck camper game forever? Only time will tell.