A skier who shoved a snowboarder off a moving chairlift in Aspen has pleaded not guilty by reason of insanity. 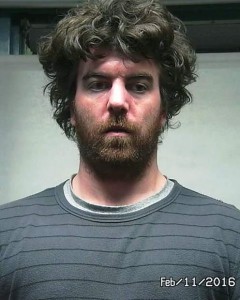 Thomas Proesel, 32, faces felony attempted first-degree assault charges and made his plea in Aspen district court via Skype from a psychiatric facliity in Tennessee where he is receiving treatment, the Denver Post reported.

As we covered in January, Proesel pushed Seth Beckton, 28, off of a chairlift at Aspen Highlands ski area after he took offense to a comment Beckton made about the ease of getting “tits-deep pow shots” on skis versus snowboard.

Proesel then pushed Beckton off the lift as it neared the top of the hill, sending Beckton “20 to 25 feet” into the powder below. Beckton was not injured.

The incident went viral after Beckton posted it on his Facebook page.

The snowboarder fell 20 to 25 feet after mentioning 'tits deep powder shots' to a skier on the chairlift. Read more…

According to state law, Proesel will have to undergo a psychiatric evaluation at a state psychiatric hospital in Pueblo, Colo.

Up Next: U.S. Federal Government To Quantify Value Of Outdoors Economy