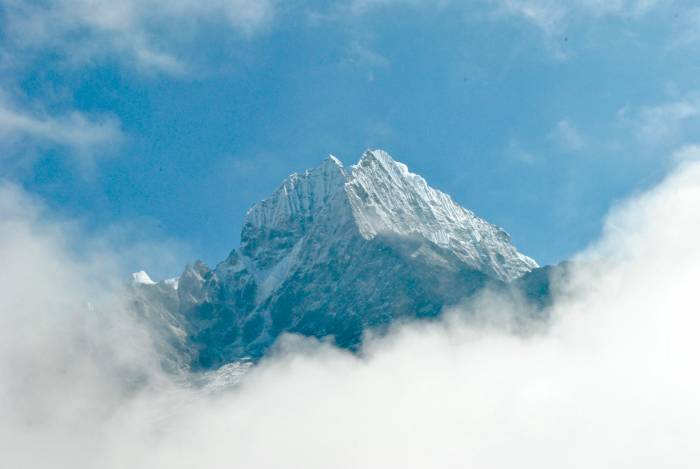 MOUNTAINEERING: Doctor Speaks Out About COVID on Everest. Reports of COVID-19 at the Mount Everest Base Camp first swept the news on April 23.

But now Dr. Iñigo Soteras, a doctor with the International Society of Mountain Medicine who is in communication with colleagues at Everest Base Camp, has further raised the alarm. He claims officials have evacuated many people from the camp who later tested positive. Read the full story on ExplorersWeb.

BEARS: Apparent Bear Attack Leaves Woman Dead in Colorado. A 39-year-old Durango resident died over the weekend after an apparent bear attack. Officials said the woman went walking with her dogs and did not return. Her boyfriend later found her body. Officials found and euthanized a sow and two cubs near the scene. Read the full story on CNN.

RECORD: Endurance Athlete Breaks World Record for Loops Around Central Park. New York endurance athlete Robbie Belanger completed 16 loops around the Park’s 6.1-mile track in 18 hours, running close to 100 miles and beating the previous record by over 30. (There is a time limit for this FKT, as Central Park is only open between 6:00 a.m. and 1:00 a.m.)

Factor in the FKT’s cumulative 5,000 feet of elevation gain (and bathroom breaks), and this FKT becomes a grueling feat. Belanger broke the record last month — watch a video documenting his attempt.

CONSERVATION: USFS Intervenes as Canyon ‘Loved to Death.’ The case of Tensleep Canyon in the Bighorn Mountains being overrun by rock climbers is an interesting study in resource management. The U.S. Forest Service issued a moratorium on new climbing routes and trails in 2019 and has since been drafting a management plan. This fascinating article on Adventure Journal dives deep into the subject.

CLIMBING: Climber Survives 150-Foot Free Solo Fall. A man survived a massive fall in Yosemite on April 11. Josh Ourada was on the fourth pitch of Nutcracker, a 500-foot 5.8 on the Manure Pile Buttress, Yosemite, when his “foot and/or hand” slipped. He fell to the ground and was later airlifted out. Read about the entire frightening ordeal in Climbing.

MOUNTAINEERING: Access Closed to 3 Colorado 14ers. Landowners have closed the summits of three Colorado 14,000-foot peaks due to liability concerns. While the closure is likely temporary, an article in the Colorado Sun explains the nuances of maintaining public access to some of Colorado’s crown jewels.