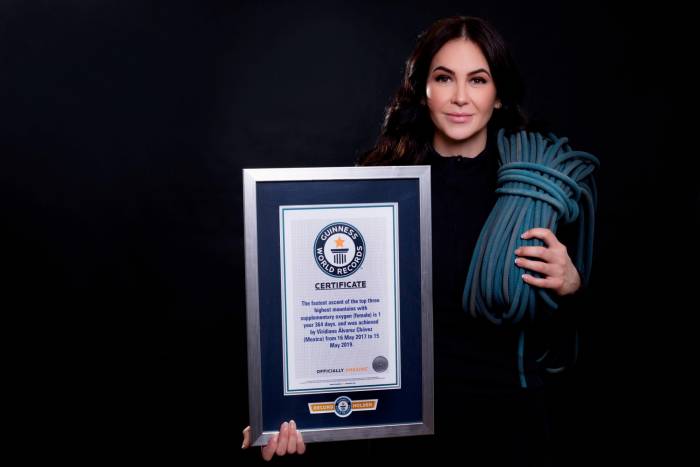 In her feat, she broke the Guinness World Record for the fastest ascent of the top three highest mountains with supplementary oxygen (female) in only one year and 364 days. Check out the full story on CNN.

HIKE: Colorado Hiker’s Dog Shot by Fellow Hiker. The Grand County Sheriff’s Office is investigating the shooting of a dog on a hiking trail. According to police, a hiker was walking with her dog off-leash (against regulations) on the popular Windsor Lake Trail.

She encountered a man who told her to “get your dog on a leash or I’m going to shoot your dog.” Then, he did just that. The dog is recovering with 15 staples needed to close the wound. Read more here.

CAMP: Polar Bear Kills Man in Svalbard. An unidentified man died Thursday after a polar bear attack in the remote Norwegian archipelago of Svalbard. According to a brief report, others shot at the bear, which was later found dead.

BIKE: 700 Donated Bicycles Caught in Building Collapse. A building in St. Louis, Missouri, partially collapsed last week, burying an estimated 700 bicycles donated to the nonprofit St. Louis Bikeworks. Nobody was inside the building when it collapsed. Check the story at Bicycling.

“I don’t think it’s ever been this busy in terms of (saltwater fishing) records,” wildlife biologist Kayla Rudnay, who coordinates saltwater fishing records for the South Carolina Department of Natural Resources, told the Post and Courier.

“I guess it’s the quarantine and people are fishing more. That’s a giant assumption, but it’s been much more busy with phone calls and qualifications.”