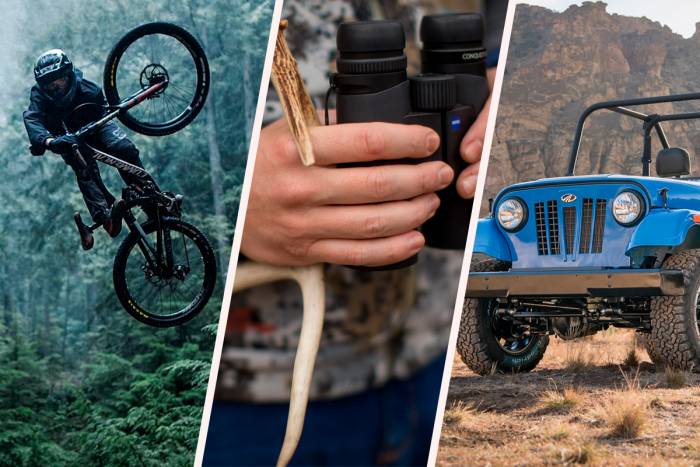 1) Sunglasses Without Arms Are Surprisingly Awesome

A new brand called Ombraz this week launches sunglasses without “sidearms.” They are very unique, and we received a sample to put them to the test.

2) Watch: Colorado Surfing at Its Finest

A Colorado teen shows how to work a standing wave while SUP surfing a beautiful bit of whitewater in Colorado.

Ultra-endurance athlete Mike Foote did continuous laps, skiing uphill and down at Whitefish, Montana, for an entire day. He set a new “vertical record” in the process.

Boulder in your bedroom (or living room, or office) with a modular Megalith Boulderwall climbing-wall system, meant to look good anywhere.

The speed-minded auto and bicycle brands will make just 25 of the specially designed P5X, touted as “the fastest and most technologically advanced triathlon bike of all time.” 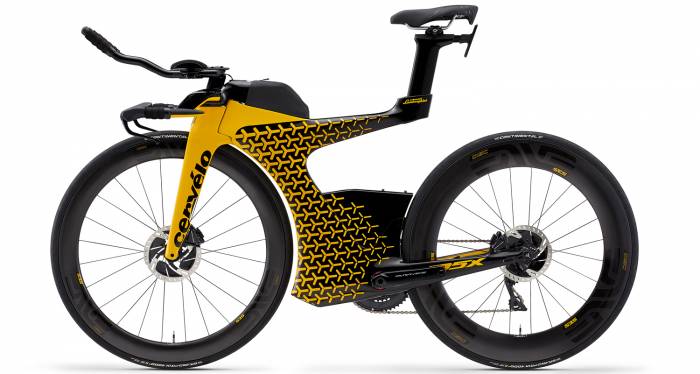 Looking for great outdoor gear at an amazing price? Check out these discounts and sales from Mountain Summit Gear, Smith, and Patagonia.

7) Fishing Needs More Women: This Is Why

The work might just be starting, but we’re carving out our own space at the fishing hole. This is why more women fishing is a great thing.

Scuderia Cameron Glickenhaus (SCG) has an audacious plan to set an altitude record, drive across Europe, and cross the Bering Sea – in a truck.

Ready to get outdoors and explorer the spring woods? Shed hunting is a fun activity that can fill the shoulder-season void. 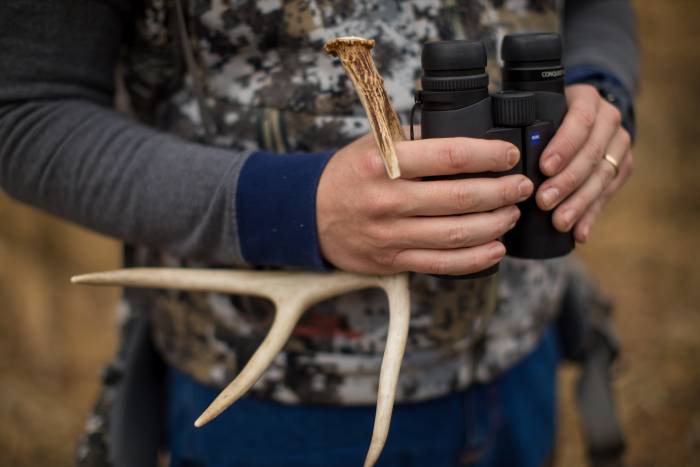 10) Yeti Airlines to Airlift 100 Tons of Trash Off Everest

Nepal’s Yeti Airlines announced the Everest Clean-Up Campaign, with a yearlong goal of removing 200,000 pounds of trash from the world’s tallest mountain.

Patagonia wants to stop thousands of proposed dam projects in the mountainous Balkan region of Europe. It launched the Blue Heart Campaign to do so.

Bear Grylls wants to turn survival into a sport measured by technology instead of blood loss or hypothermia. Enter the ‘Bear Grylls Survival Challenge.’

One couple built a custom topper tiny home for their Toyota Tacoma. The result should inspire legions of DIYers to get creative and think way outside the box. 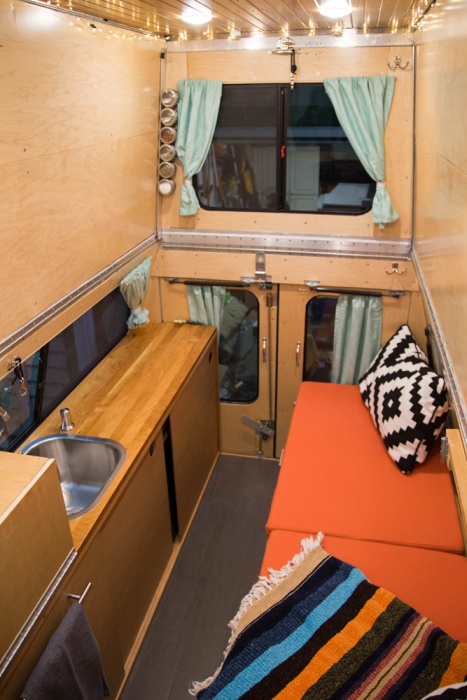 Goodyear unveiled the Oxygene tire concept at the 2018 Geneva International Motor Show. Meet the moss-filled tire that aims to clean the air as it rolls.

Our weekly column finds the best deals from across the web to save you money on outdoors gear. Check out the discount gear from MSR, PakTowl, Rumpl, Black Diamond, and more.

17) Rise of FKT: How Wild Spaces Sparked an Ultra Sport

Runners are attempting – and crushing – fastest known times like never before. And while brands bet heavily on the trend, detractors claim the practice takes away from the wilderness experience.

It looks like a Jeep and jumps like a Willys, but the ROXOR is in a class of its own. 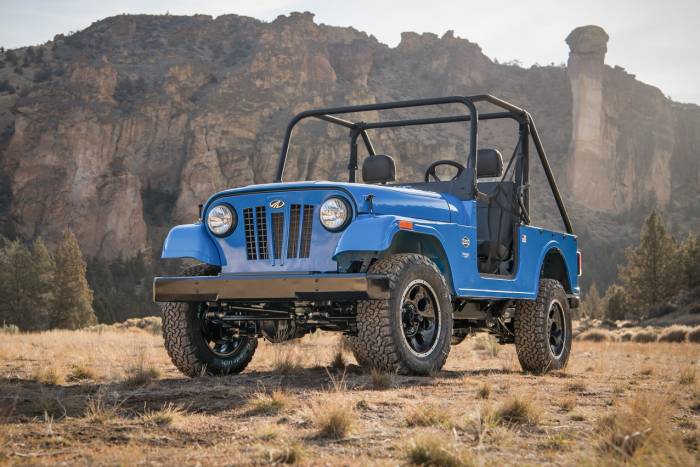 Drew Tabke dropped some huge cliffs at the Freeride World Tour event in Andorra. But when it comes to the flats after the drops, the video shows even the pros mess up.

Love it or hate it, the spork is a staple of outdoor gear. Now, a brand called Morsel claims to have built a better eating tool for the outdoors.

Every year Jeep aims to wow the Moab off-road crowd with an offering of cool concept vehicles. This year is no different, with seven concepts that dive into the brand’s heritage and heavily accessorize all sorts of iconic Jeeps.

Ecco partnered with Dyneema to launch the EXOSTRIKE, a performance hiking boot made with ‘the world’s strongest leather.’ 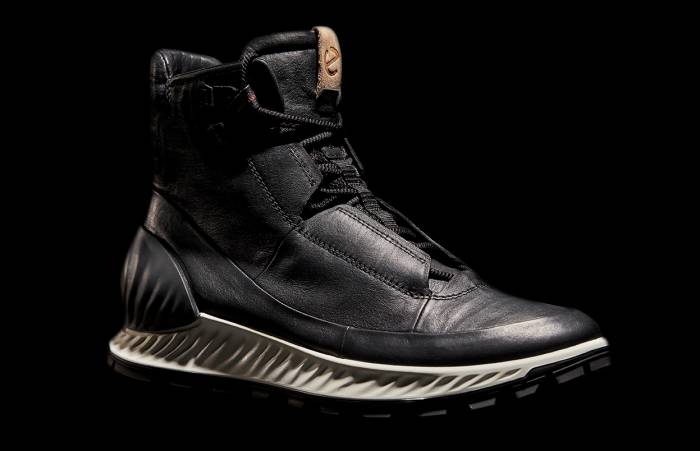 Watch an avalanche bury one skier in this jarring first-person perspective video. Then, the rescue kicks into gear. Thankfully, everyone was OK.

24) Spring Day Hikes: Gear From Moosejaw to Keep You Dry

Snowmelt, storms, unpredictable trails: Springtime is one of the best times to go hiking. Be prepared for whatever Mother Nature can muster by consulting our gear guide with top picks from Moosejaw.

Canadian residents and members of Parliament are backing a petition to repeal the country’s ban on many popular folding knives.

The new BCA Float 2.0 system is lighter and more useful than previous versions. We skied with the BCA Float 27 Speed pack during an avalanche course for this review.

27) Barkley Finisher Wants You to ‘Run Up’ for Clean Air

A race series founded by one of the true hard-men of ultra-running is coming to Colorado to highlight air quality problems. Get ready for Run Up For Air Colorado!

From event-winning bikes to factory overages, Red Truck sells pros’ and brands’ excess gear at a discount. And every purchase benefits a charitable cause.

Give creative master Nico Vuignier a fistful of 100-watt LEDs, a pair of skis, and a cloudless night, and you end up with a film that lights up the night with glorious acrobatics and flying powder.

31) Ear Candy: The Sound of Nature and a Mountain Biker Absolutely Ripping

Cassette whining. Knobby tires chewing on dirt. Legs pumping. The silence of air. Background sounds of spring. Flow. Brendan Howey leans hard into the banks and glides through his backyard riding in this short film. 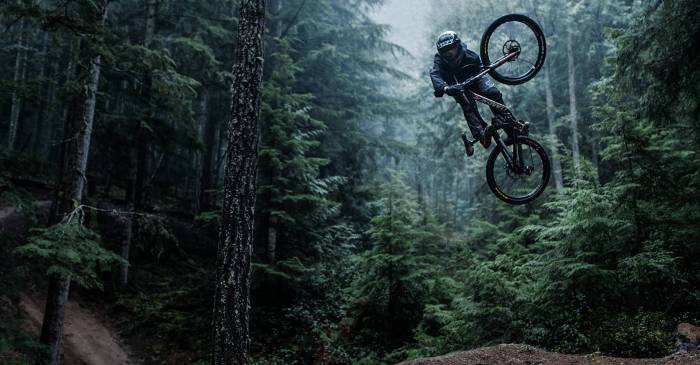 Join nine of the most influential angling instructors in the world at the School of Trout, an educational fly fishing experience like no other.

We found the best women’s travel, climbing, and hiking pants. Pick a pair and get ready for adventure.

Saving…
Trout School: Up Your Fly Fishing Game for $1,000 a Day
Fire Blazing Through Shimano Factory in Japan
×