Los Angeles and Fresno are worst, Prescott and Bellingham best.

What’s the air like outside your window? Fresh and breezy? Or stale and smoggy? If you live out West, it might be dirtier than you think.

For years, the American Lung Association’s annual State of the Air report has ranked Western cities as among the country’s most polluted. The aridity, dust and wildfire smoke can create a haze made worse by agriculture and coal-fired power plants, and the dirty air settles in urban areas between mountain ranges. 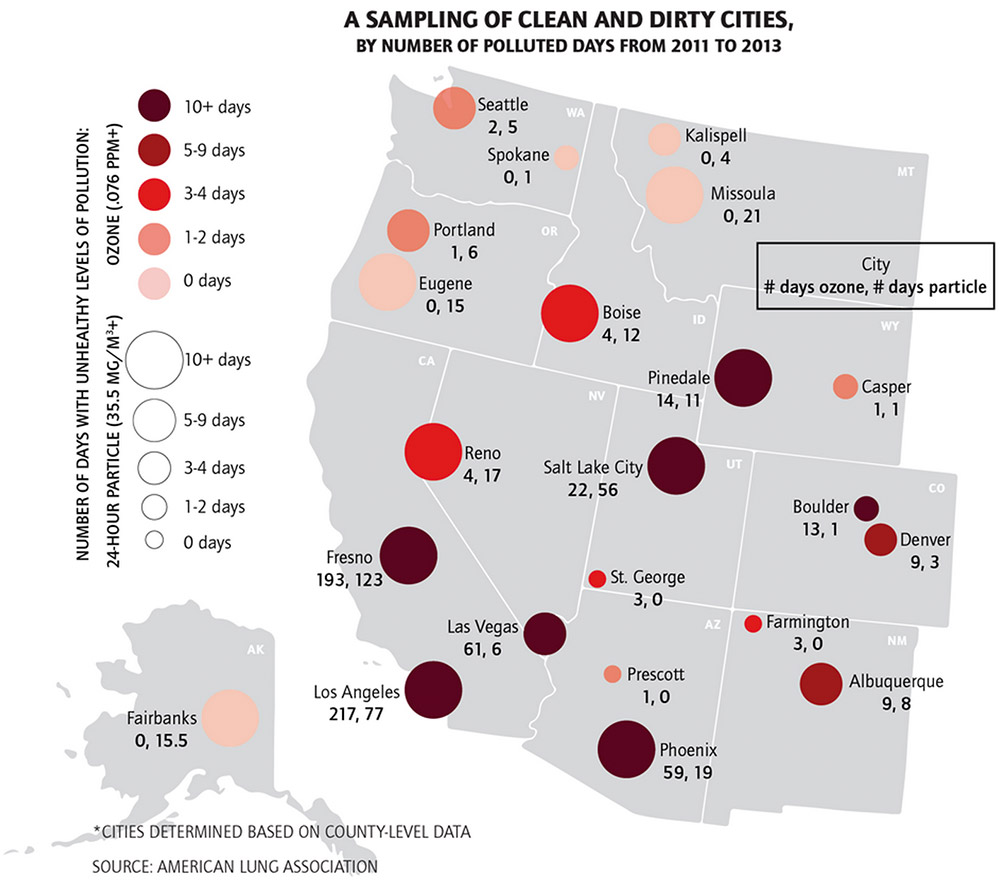 In this year’s report, which covers 2011 through 2013, cities in California’s Central Valley filled out the top five for both particle pollution — caused by wind-blown dust, coal plant emissions and even mold — and ozone, created by reactions between sunlight and compounds produced primarily by burning fossil fuels.

Cities throughout the West saw some of the dirtiest days ever reported. On the other hand, many Western cities, even in dry California, saw their average air quality improve, and several ranked among the nation’s cleanest. Check out where the cleanest air is, and where you might end up short of breath.