Home » News » At 73, Will Steger to Tackle His Longest Solo Expedition

Howling winds, shifting terrain, and not another human soul for miles – Will Steger’s next adventure could prove his most arduous. 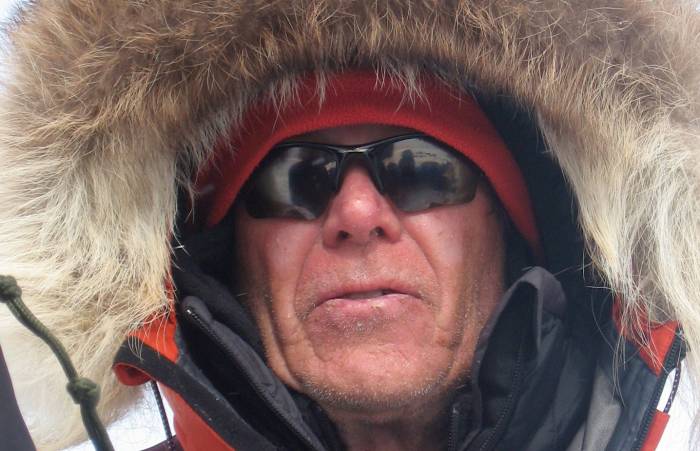 Will Steger is older, a little slower, and – it appears – more fearless than ever. In a story published today in the Star Tribune, Steger revealed plans for an ambitious new undertaking.

On March 21, Steger will set out on a journey across Canada’s Barren Grounds. From Saskatchewan to Hudsan Bay, Steger will make the trek alone for 70 days. He will be at least a three-hour flight from the nearest help. Steger told the Star Tribune the trip will cover about 1,000 miles.

At 73, the man who completed the first unassisted dogsled traverse of the North Pole, and trekked 1,600 miles south to north across Greenland, will undertake the longest solo expedition of his life.

“It’s one of the coolest trips I’ve ever taken in my life for total adventure,” Steger told the Tribune.

That’s no surprise. The Barrens present a vast stretch of uninhabited, icy permafrost across northern Canada. And Steger’s timing puts him in a transition from winter to spring, meaning he’ll encounter thinning ice as he crosses the Barrens’ river systems.

“The conditions can be such that I could do 30 miles a day or it might be so tough that it’s not even worth traveling. I could get stuck along the way for a week or 10 days waiting,” he said.

Steger told the Tribune this trek will mark the first time anyone has attempted to cross these rivers during the spring breakup.

He will set off from Black Lake, a Chipewyan Indian village in northwest Saskatchewan. Tugging a canoe sled loaded with gear and provisions weighing about 220 pounds, Steger plans to trek by foot half the time and ski the rest. He’ll bring a wetsuit, too, in case he takes an unplanned dip in the frigid rivers.

Along the way, Steger expects to square off against the Barrens’ “supernatural” winds, which can routinely gust 60–70 miles per hour. He’ll need to find, set up, and break down camp in conditions that could freeze his gear or whip it away (or both).

If all goes well, Steger will reach Baker Lake, a Caribou Inuit community near Hudson Bay, in early June. He will not have seen or spoken to another person for over two months.

But despite the adversity and hostile environs, Steger isn’t daunted. In fact, he’s looking forward to some much needed time away.

“I need these breaks to regenerate,” he told the Tribune. “I think every human being should have [them]. Very few people take time out because they’re so busy they can’t afford it.”