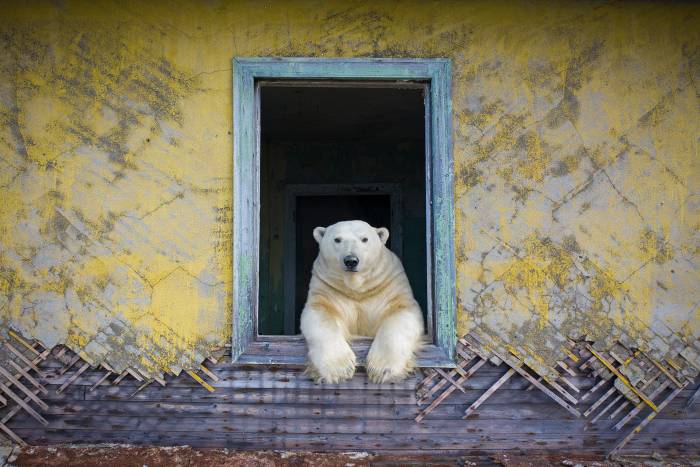 The 2022 Nature Photographer of the Year awards are out! And this year’s winning photos are stunning. Take a look.

It’s that time of year again, when the best nature photographers from around the world send in their best photos for consideration for the Nature Photographer of the Year awards.

Five judges from Nature Talks looked at thousands of photos, whittling them down to five finalists for each category. Then, they had to select a winner for each category, and one photo to rule them all: the 2022 overall winner of the Nature Photographer of the Year award.

Nature Photographer of the Year Awards

In September 2021, Dmitry Kokh was on a trip to Chukotka and Wrangel Island in Russia.

The Russian photographer sailed along the coast, covering over 1,200 miles. Until one day, bad weather rolled in and the captain took shelter from the storm on the small island of Kolyuchin. The stormy wind, rain, and neglected buildings on the rocky shores gave the entire island a surreal look.

Then, among the abandoned buildings the travelers noticed movement in the windows. They looked closer with binoculars and they saw the heads of polar bears, poking up from the windows.

Kokh took out his camera and started snapping photos. Little did he know, one of them would win the 2022 Nature Photographer of the Year award, from Nature Talks.

“Decades after people moved out, polar bears moved in. Dozens of polar bears have been making themselves at home in abandoned buildings on an Arctic island,” said Karin Van Couwenberg, a contest judge. “Both polar bears evoke the emotions of the audience effectively.”

“The point of view through a window is an interesting one,” said contest judge Myriam Dupouy. “The light casts attention to simple yet tender moments. We see here a strong photographer’s eye. And at the same time, a wonderful sneak peek into an intimate moment.”

“The snowy landscape and the amazing view of the mountains in the background results in a mystical moment,” said Van Couwenberg. “That is camera-trap photography at its best as far as we have seen earlier.”

Other Animals: ‘An Adaptation for Death’ / Bernhard Schubert (Austria)

“Some of the invertebrates here were called ‘fairy shrimps.’ They show us that those species have probably given birth to wonderful tales for centuries,” said Dupouy. “And yet, those little beings who have made it through the ages are now in danger due to climate change and water-demanding agriculture.”

“This image is full of the dynamic power of warm and cold. The complementary color, lines, and pattern created harmony. The fog/steam added mood to the excellent shot,” said Tin Man Lee, a contest judge.

“Compositions and lights are of course the most important elements when it comes to landscape photography. We have seen many images taken by drones being awarded in contests,” said contest judge Marco Gaiotti. “In this case instead, this technology was used to offer an unusual point of view in combination with a sapient composition and great lights.”

Underwater: ‘The Rain I’ve Been Waiting For’ / Kazushige Horiguchi (Japan)

“This split image combines two different moods, taking place at the same time above and below the water,” said Gaiotti. “A dark, stormy landscape above the water contrasts with the apparently calm and still life underneath the surface, depicting toads laying eggs. The raindrops touching the water surface are the contact point between these two different worlds.”

“Lots of drama in this black-and-white image,” said Stefan Gerrits, a contest judge. “These star-shaped cracks on the surface of the ice, or rather sky, in this case, are getting larger in size and are breathtaking to stare at. The dynamic, blurred, tree-line gives this image a clear perspective.”

“The photographer recently captured remarkable photos of the bears peering through windows and standing on porches,” said Couwenberg.

“This image has a surplus of so-called geometrical shapes, circles, which makes this image, in addition to it being humoristic, very attractive,” said Gerrits.

“The perfect pose in a once-a-lifetime condition, with beautiful colors on the rustic house. It gives an eerie feeling, giving us a glimpse of what a civilized town looks like when polar bears become the tenants,” said Lee.

“Coots are medium-sized waterbirds often swimming in open waters. The angle is an excellent choice and the leading lines made for an intriguing feel!” said Van Couwenberg.

“This small owl in the center of the composition, depicted by a wide-angle lens, is perfectly inserted inside the surrounding environment,” said Gaiotti. “The leaves on the ground, the trees in the background, and the light filtering through the woods, all combine for the perfect setting of this tiny bird.”

Check out the Nature Talks website. There you can find a full list of the winners, check out the runners-up, and see the highly commended photos that didn’t win. They’re all totally breathtaking. 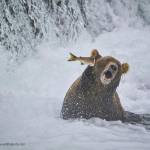 Feline miscalculation, a salmon mishap, and more — the yearly photography contest is a surefire way to brighten up the late fall doldrums. Read more…