The Wooly Mammoth Cooler claims to be the world’s first completely recyclable cooler.

Most coolers are made out of rotomolded plastic and polyurethane foam. So once they serve their purpose, whether in one year or 100, they wind up in the landfill. 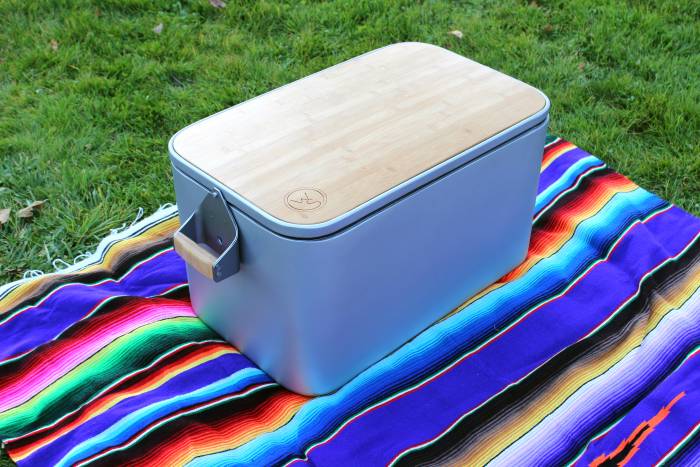 A new brand called Wooly Mammoth saw this problem as an opportunity. Launching later this month, it will introduce the first long-lasting cooler that is fully recyclable and compostable.

Launching on Kickstarter in late November, the Wooly Mammoth Cooler will retail for $250 (as low as $175 when it launches on Kickstarter on November 29). It uses aluminum and stainless steel, materials that can be easily recycled, for the housings and hardware.

It has a bamboo (renewable and natural) cutting board and handles. And finally, at the end of the cooler’s life, you can compost the wool insulation.

It’s worth noting that Igloo and a couple of other brands have launched recyclable and compostable coolers, but they are of the single-use, inexpensive variety meant to replace styrofoam coolers sold in gas stations. The Wooly Mammoth looks like it would have a much longer lifespan. 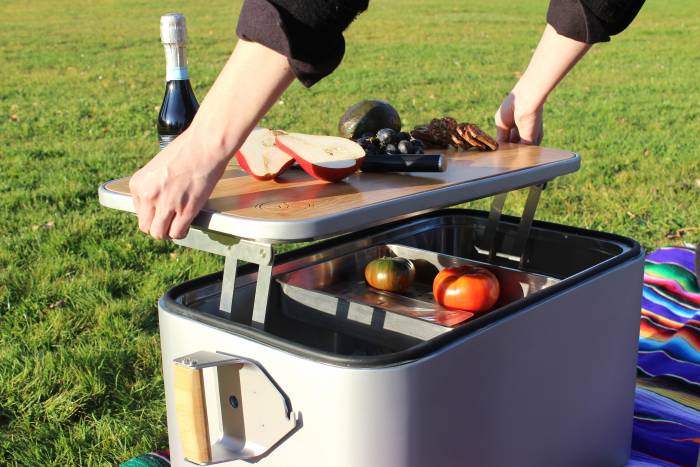 All this is well and good, but it needs to be a good product first and foremost. We haven’t seen one of these in person yet, but the photos are promising.

The brand pitches a cutting board built right into the cooler lid, which opens with a tackle box-style hinge so you can open the cooler mid-cut without disturbing anything on the cutting board. 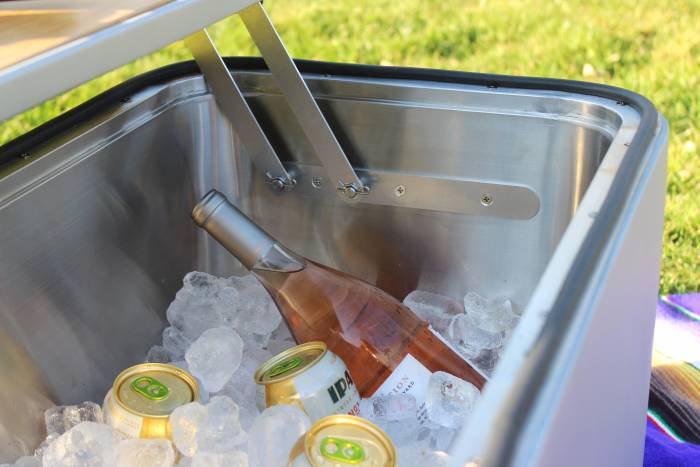 It also has a “two-in-one latching handle that creates an air-tight seal,” according to the brand. The Wooly has a 52-quart capacity and weighs less than 20 pounds.

The brand claims it will keep your food cold for 3 days.

So if you’re looking for the most sustainable cooler for repeated use, give the Wooly Mammoth a look. It hits Kickstarter on November 29. 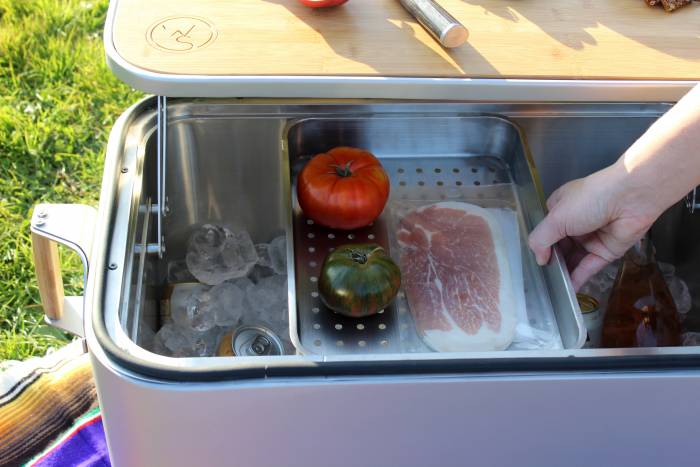