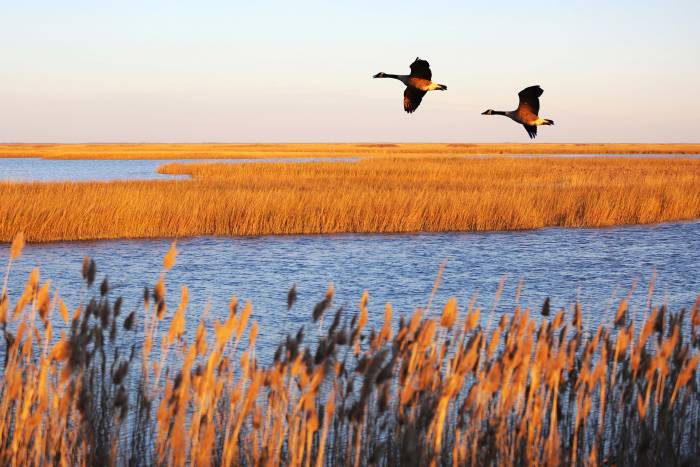 The Wildlife and Sport Fish Restoration (WSFR) Program channels tax dollars from hunting and fishing revenue to public lands conservation and outdoor sports infrastructure. The program will disperse a record $1.5 billion in funding this year.

On Friday, Feb. 11, the U.S. Department of the Interior announced the program would allocate the most money in its history in 2022. Two separate funds feed the WSFR, distributing the money to state governments. States then cooperate with public and private entities to spend it on conservation or recreation infrastructure projects.

The WSFR stemmed from two crucial congressional acts: the 1937 Pittman-Robertson Act and the 1950 Dingell-Johnson Act. The decisions set precedents for apportioning excise taxes from hunting and angling equipment and licenses toward natural resource management.

The program disperses funding to states on a scaled basis to meet local demand. To do it, it uses a formula that accounts for landmass and licenses purchased. Alaska, Texas, Colorado, and California are often near the top of the program’s multiple allocation categories.

John Gale is the Conservation Director of Backcountry Hunters & Anglers. The nonprofit “seeks to ensure North America’s outdoor heritage of hunting and fishing in a natural setting, through education and work on behalf of wild public lands, waters, and wildlife.”

He said WSFR-funded projects like shooting ranges could help mitigate informal shooting in places like dispersed campgrounds and help hunters build their skills before they take to the field.

Gale said the program received record funding in 2022 due to a recent uptick in hunting and angling interest. That growing population also makes its programs increasingly valuable. 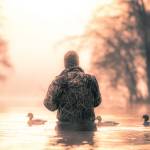 The Hunter Decline Myth: Habitat — Not Hunting — Is at Risk

The number of hunters is actually on the rise. And quality habitat is at the lowest it's ever been. Competing ideas are at play in the hunting industry and community. Here's more. Read more…

“The reason the WSFR is more highly funded than ever is because of consumer purchases, essentially,” he explained. “So if you look at those numbers and equate them to people actually out there shooting, there’s more competition for already-limited public resources.”

“If you’re at a dispersed campground, some people may not want to camp next to an unofficial shooting range,” he said. “WSFR programs can reduce that conflict by giving shooters a place to go and practice before hunting season.”

The funding can also help clean up sites that were unofficial ranges.

How to Get Involved

Notably, states allocate WSFR funds based on their wildlife departments’ priorities. That means participating in advocacy is the best way for individuals to influence project outcomes. Anything from shooting ranges to wildlife conservation to researching river ecosystems can make the list.

“If people want to influence how those dollars get spent at the state level, it’s important that they get to know the wildlife commissions in their state,” Gale said. “Often, those groups are actually looking for help in terms of what priorities people have. If we’re not making them aware of what our priorities are, their annual project lists won’t reflect them.”

Organizations like Backcountry Hunters & Anglers can help by distributing information, connecting individuals with policymakers, and advocating for identified needs with their internal teams.

“BHA and organizations like it are avenues to elevate and amplify the voices of the individual hunter and angler,” Gale said. “When individuals get into the conversation, we have a really powerful voice that carries influence and credibility. It’s an easy way for people to get involved.”