These backpacking trips in the United States deserve John Muir Trail-level hype and Narrows-style recognition — but no one knows yet. Ditch the crowds on these weekend adventures that have been solitude glutton-approved. 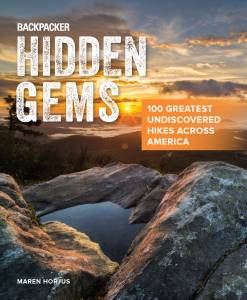 Pitch-anywhere lakeshores and obscure summits are hard to find near Denver — the one downside of living in the country’s multisport capital. But there’s a workaround: the Gore Range. Devoid of 14,000-foot peaks — and, quite frankly, trails — the area simply doesn’t attract crowds. And for that reason, it doesn’t require a rigorous permit system.

So you might feel like you’re cheating when you’re tracing its 50-mile-long rampart of Thirteeners, taking your pick of pointy peaks, glacially carved valleys, and aquamarine lakes. It’s the way hiking in Colorado should be.

Do it: Use the Gore Creek and Gore Lake Trails to service a DIY adventure. They’ll deposit you at Gore Lake (mile 6), where adventure beckons. If you’re feeling spicy, stage an off-trail assault to Deluge Lake, bagging Hail and Snow peaks en route.

The off-trail scramble lands you on the other side of Snow Pass at Deluge Lake near mile 12 overall. Take the Deluge Lake Trail 4 miles back to the Gore Lake trailhead to close the loop.

Crystalline swimming holes, secluded hollows, monster trout, see-forever ridgelines, showy fall color — every trademark of the Shennies is up for the taking on the Rocky Mount Loop in the park’s southern corner. Even better? This insulated piece of paradise is an hour’s drive from the metro mobs at the northern end of Shenandoah, making it quiet even by South District standards. Classic Appalachian wonders, no Appalachian crowds.

Do it: Piece together a 9.8-mile lollipop-loop by linking the Rocky Mount and Gap Run trails. The former serves up views across Gap Run Valley, Shenandoah Valley, and the main crest of Shenandoah’s Blue Ridge, while the latter ducks into a quiet forest. Pinpoint a secluded piece of waterside real estate anywhere along Gap Run between miles 5.4 and 6.4.

Lack of water for drinking and cooking bumps most canyon-country trips out of the beginner category. If you don’t have advanced water-scouting skills, you’re stuck hauling in a heavy load of your own supply. Not here, where a stupid-short approach leads to a bona fide oasis, where two creeks meet 1,000 feet beneath sunset-hued cliffs. Early Native Americans must have liked it too — petroglyphs and pictographs on the rocks date to the Fremont people who lived here more than a millennium ago.

Do it: To get to Ely Creek, take the Jones Hole Trail just 1.5 miles from the fish hatchery. Set up your tent on the far side of the bridge, then enjoy the central location: The best swimming hole is 0.4 miles west, and the Green River and Whirlpool Canyon (where dinosaur fossils have been uncovered) are 1.5 miles south.

A can’t-miss plan for sussing out a stellar campsite: Go beyond the edges of where campers usually stay, evaluating sites by merit rather than convenience. The higher you go, the better the views, but don’t waste so much energy that you sleep through a good sunrise.

Such a strategy pays off in sites like this one in Garden of the Gods, a day hike-oriented park that funnels visitors into the car campgrounds on its fringes. You’ll share the area’s castellated bluffs and wide views with daytrippers in the afternoon, but when the sun melts into the prairie and paints the otherworldly rock sculptures unnatural shades of magenta, you’ll have it to yourself.

Do it: Get to Indian Point via the River to River Trail from Hitching Post Equestrian. Near mile 5.1, veer south onto the Indian Point Trail, which leads to a 300-foot-tall outcropping. There’s a stellar campsite tucked in a wooded area with east-facing views over the tapestry of hardwoods. When the morning sun dispels the rock garden’s evening cool, you’ll know you found the right spot.

There aren’t many places where you can sleep under the canopy of 2,000-year-old giant sequoias. This trip into the world’s largest such grove is bucket list material for backpackers of any skill level. Thanks to prescribed burning, the trees in the Redwood Mountain Grove vary widely in size and age — from 30-foot-tall juveniles to ancient behemoths that reach the heavens. And while the area is at least somewhat popular among day hikers, you’ll find surprising solitude when the sun sets: Even in summer, only about 60 people camp in this well-kept-secret corner.

Do it: Create a 6.5-mile loop by threading together the Redwood Creek and Sugar Bowl trails, overnighting in the Redwood Mountain Grove near mile 1.9. There, the tallest trees outrank skyscrapers, reaching nearly 300 feet (and 20 feet in diameter). And the easy access to Redwood Creek is hard to beat. Set up your tent amid the ferns and thick duff — you won’t find a softer bed for tree gazing.

Put “cave” in your name, and most visitors head straight underground — leaving the trails lacing the bumpy karst above eerily quiet. Embrace this park on a two-day loop that explores Sal Hollow, where the sun does shine. The above-ground tour takes you across riverside bluffs and through stands of beech, maple, and hickory, proving once and for all that Mammoth Cave’s topside features are just as attractive as its subterranean labyrinth.

Do it: From the Maple Springs trailhead, take the Sal Hollow Trail some 7.4 miles southwest to snag a quiet campsite on the canyon rim — just a short walk from an airy perch over Sal Hollow. It’s set back from the trail for solitude and tucked in a grove of hardwoods that turn in October. To vary the scenery, loop back to the trailhead on the Buffalo Creek Trail, creating an 11.7-mile circuit.

You’re not on top of the world when you reach this rock-protected site at 7,600 feet, but you’ll think you are. Blame the views, which are crowded with mountains the way the night sky is crowded with stars.

Or maybe it’s the thundering crashes coming from the large towers of ice that drop from glaciers below you. Or maybe it’s because you’re sleeping on the edge of Sahale Glacier, which offers hours of adventures for those with crampons, ice axes, ropes, and experience.

Put it all together and you’ll come to a conclusion: Modest elevation be damned, this is high-alpine camping at its finest.

Do it: After landing the permit, switchback up the western slope of 8,681-foot Sahale Mountain on the Cascade Pass Trail. At the saddle (near mile 3.4), veer onto the Sahale Arm Trail, which weaves through talus and alpine meadows to the Glacier Camp at mile 5.5.

At the turn of the 20th century, North America’s once millions-strong bison herd teetered on the brink of extinction. So the Bronx Zoo sent 15 of the animals by train to this refuge in an effort to save the species. More than 100 years later, about 650 of the beasts graze in its mixed-grass prairie, which was spared the plow thanks to the patchwork of granite outcroppings littering the area.

Best part? You can camp smack in the middle of prime bison-spotting territory at the refuge’s western edge — where your chances of glimpsing some of the preserve’s 600-member elk herd are equally high.

Do it: Do it as a 4.8-mile out-and-back, following the Charon’s Garden Trail the whole way to a rock-strewn meadow where the bison often roam. Set up your tent in the shadow of 2,770-foot Elk Mountain, a slabby granite dome that hogs the horizon to the southeast — and bring a rope to climb it.

Moss-draped oak forests, soothing saltwater marshes, trickling tidal creeks, and white-sand beaches, all on a 37,000-acre barrier island — sounds like the perfect place for a resort with hotels and golf courses.

But Cumberland Island on the south Georgia coast remains steadfastly wild and pristine. Only 300 campers are permitted each day, and the 45-minute ferry ride across Fancy Bluff Creek keeps even those few away: Cumberland sees only 60,000 or so visitors every year. That leaves its 50 square miles of oak canopies, palmetto groves, and sand dunes virtually untouched — and a haven for hikers.

Do it: Book a round-trip ferry ride from St. Marys and connect the River and Parallel trails 7.5 miles to Yankee Paradise. There, you can tent in a shaded campground close to a beach where sea turtles nest from April to August. From here, you’re not only well past where most overnighters stop, but you’re also in prime position to tick off day hikes to the historic First African Baptist Church and the ruins of the old Cumberland Wharf. 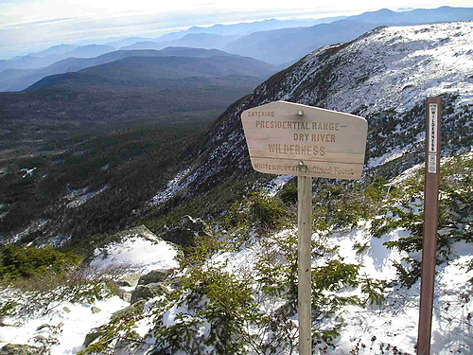 Blink twice: You won’t find many hikers on Mt. Cabot — and you won’t find any cars. Some 60 miles north of the people-magnet that is Mt. Washington, part of the Presidential Range in the White Mountains, Cabot remains blissfully off the radar.

This is despite its wealth of long-range views and early-changing leaves, plus a spiderweb of trails that make for any number of weekend-size loops. Climb to empty ridges and quiet pond campsites and you’ll know the secret to solitude in the Whites: the Pilot Range.

Do it: For the best introduction to the Pilots, make a 16.3-mile loop of the Mill Brook, Kilkenny Ridge, and Bunnell Notch Trails. As many as four big-view outcroppings are up for the taking along the way. Going counterclockwise, these include Rogers Ledge (peekaboo vista of Mt. Wash, 17 miles southeast), The Horn, The Bulge, and Mt. Cabot itself.

Camp at lily-padded Unknown Pond Campsite #5 (near mile 6.7), where bullfrogs stage a nightly concert. And, if the wind is calm, the 3,905-foot The Horn reflects into the pond’s silvery waters.

Itching for more secret hikes? Pick up a copy of brand-new “Hidden Gems,” published by Falcon Guides, for $28 wherever books are sold.

Up Next: WakaWaka Lights Up Campsites & Developing World