With his long, bushy beard, booming laugh, and boisterous demeanor, it’s hard to miss Thomas Gathman on the trail. And it’s even harder to keep up with him. Gathman, who goes by the moniker “The Real Hiking Viking,” said that he covers at least 30 miles per day when he’s in the zone.

“It kind of varies with the type of hike I’m on and what kind of experience I want to have,” he explained. “Ninety percent of the time, the goal is to be hiking around 25 or 30 miles per day. And then there are times when I’m trying to do even more than that, like 40-plus.” 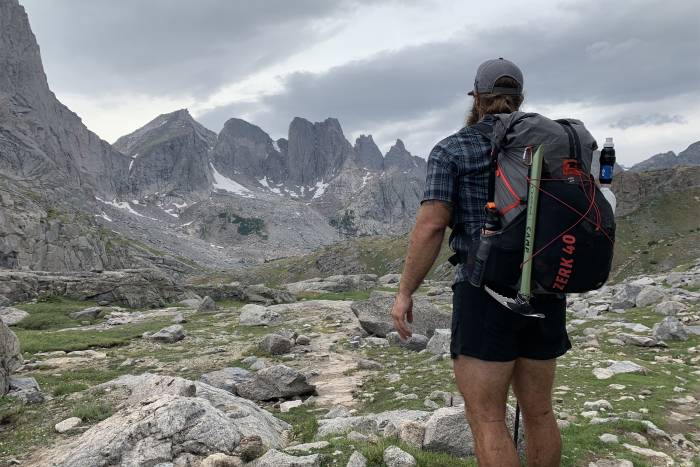 Gathman decided to make backpacking a full-time lifestyle after completing the entire Appalachian Trail in 2013. During that trek, he discovered that what matters most to him is not climbing the career ladder or accumulating fancy belongings; rather, it’s the freedom that comes from exploring the world on foot.

His house is a tent. His transportation consists of his own strong legs. And he can fit the rest of his worldly possessions in his pack.

But with such frequent high-mileage hikes, quality gear is critical. According to Gathman, what you wear on your feet ranks first in importance. “No matter what the rest of your gear is, what the hike is, what the view is, if your feet are miserable, backpacking sucks,” he said.

So what kind of footwear does The Real Hiking Viking rely on when hiking miles and miles of trail? It’s all about the Altras. Between the Lone Peaks and the Timps, Gathman swears that he has never once had a blister while wearing the shoes on his long journeys.

“I’ve also been using Point6 Socks,” he added, “and it’s a winning combination. I don’t deviate from my Point6 socks and my Altra shoes. When the feet are happy, the rest of you is happy.”

A great backpack takes a close second to footwear when it comes to crucially comfortable gear. In 2014, during his journey on the Continental Divide Trail, The Real Hiking Viking approached Mountainsmith looking for something that could carry his camera during a hike.

His point of contact at the time was Cam Bumstead, Mountainsmith’s marketing manager. A few years (“and more than a few beers”) later, it became clear to the company that Gathman was a great partner to have on board for helping with the design of trail gear.

“He’s able to test packs like no one else that we’ve worked with because of the countless miles he racks up every year, and he knows exactly what he wants when it comes to packs,” said Bumstead.

The collaboration between the seasoned hiker and the Mountainsmith team eventually yielded a fastpack it dubbed the Zerk 40 ($220). Gathman utilized a prototype of the pack in his attempt to snag the unsupported FKT for the Colorado Trail, during which he tackled roughly 54 miles per day.

The pack passed the test. Offering convenience, comfort, and accessibility, Mountainsmith designed the Zerk 40 for both speedy FKT-seekers and casual hikers alike.

“Tom was really aware of the specific needs of the lightweight thru-hiking crowd,” Bumstead notes. “Things like weight distribution, access to as much gear as possible without taking the pack off, and not sacrificing comfort were all really important in the design of this pack, and those ideas all came from Tom’s experience.”

PCT With The Real Hiking Viking

Zach Davis, editor-in-chief of the Trek and fellow hiker, has shared the trail with Gathman on many occasions — including a 100-day trip hiking all 2,650 miles of the Pacific Crest Trail. And he’s had the chance to test out the Zerk 40 as well.

“It’s a great pack,” he confirmed. “I was hesitant to use it because he is my friend, and it would have created a strange situation if I hadn’t liked it. But I’m genuinely a big fan of it. I’m hiking the Long Trail next month, and I’ll be using it for that.” 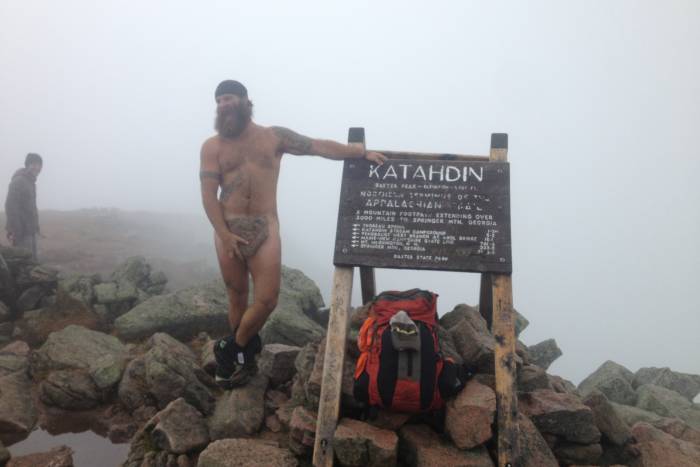 He can also attest that Gathman is a hiking companion like no other: a genuine, what-you-see-is-what-you-get friend and adventurer.

“I’ve never met anyone on this planet who has quite as much energy as Tom has,” Davis said with a laugh. “There are parts of every hike where the trail can get a little bit lackluster, but there’s never a dull moment with this guy.”

If you want to get an idea of Gathman’s dynamic personality and exhilarating journeys for yourself, just browse around his Instagram account. There, you’ll find jaw-dropping mountain vistas, snapshots of some of the other gear he uses on various excursions, and the occasional selfie with his magnificent face mane on full display.

You might just get inspired to strap on the Zerk 40 and set off for an epic adventure of your own.

Up Next: komoot App Aims to Make Planning and Sharing Routes Easy