In 2011, New Zealand opened up ‘the long pathway,’ an end-to-end hike from the top of New Zealand to the bottom, spanning roughly 2,000 miles. 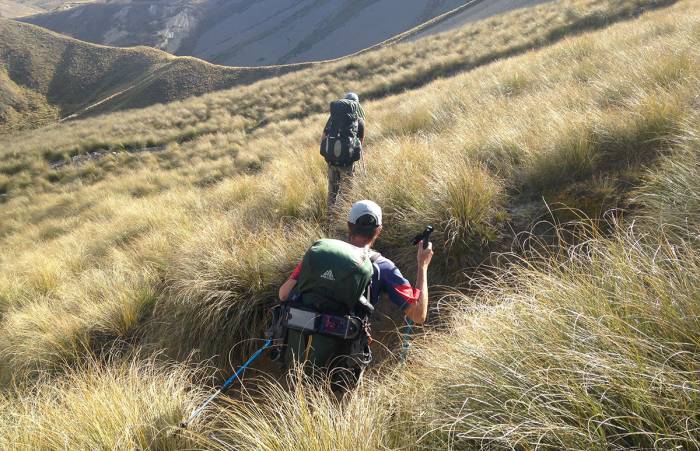 Thirty people attempted a thru-hike its inaugural year. The 2016-17 season saw more than 500 people try it.

With the number of hikers on one of the world’s newest trails more than doubling year after year, chances are, you know someone who has hiked, or will hike, Te Araroa.

Even though it may be impossible not to fall in love with New Zealand, Te Araroa is challenging enough to turn away plenty of hikers. Here are 10 facts to help you take the human-powered route across the spine of Kiwiland. 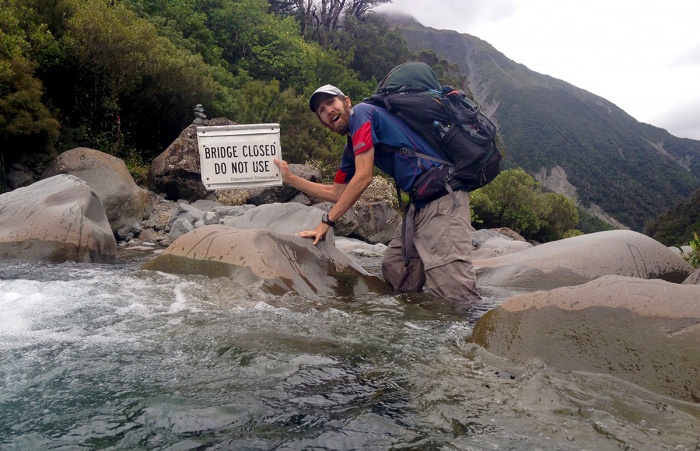 This trail is still a newbie, it is sometimes a “choose your own adventure.” There are weird logistical challenges that you’d never see on other trails, like hiring a boat taxi to get across estuaries, navigating city streets, and waiting for low tide.

2) You Are Never More Than 79 Miles From Any Coastline 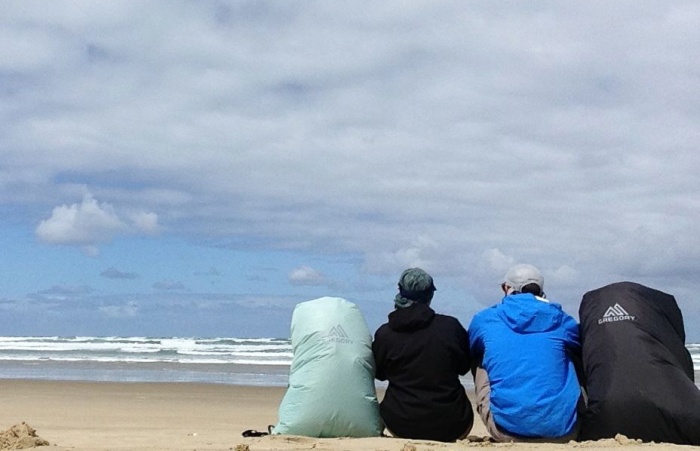 This translates to a lot of dew in the air. Sleeping without your rainfly to stargaze will be a major tradeoff!

3) The Forests Are Better Named Jungles

Particularly on the North Island, hiking is less popular, leaving overgrown trails in an already dense forest. Often, you have to give an elephant’s effort at a snail’s pace when trudging through knee-deep mud and tugging on the supplejack vines to make forward progress. 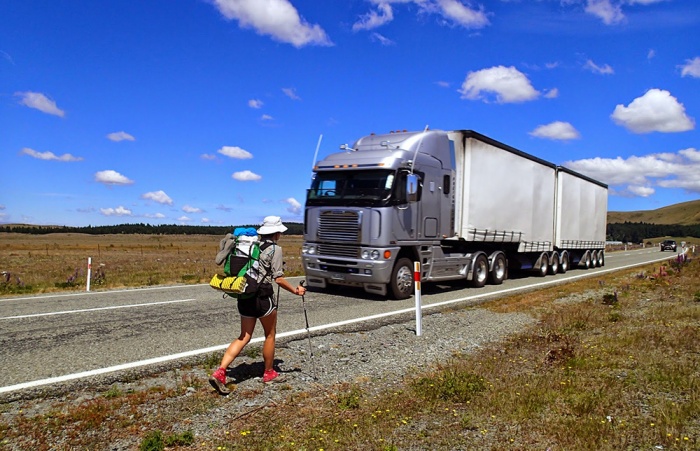 While moving the pathway off as many roads as possible is the ultimate goal of the Te Araroa Trust, the organization that manages the trail, Rome wasn’t built in a day. Or better yet, remember the Appalachian Trail circa 1950? Road walking is ingrained in the fabric of Te Araroa, so be prepared for giant dust clouds and dodging 18-wheelers from the three-foot shoulder.

5) Kiwis Are The Nicest People On The Planet

Is there such a thing as too much trail magic?

6) The Plant Life Is More Dangerous Than The Wildlife

Nothing in New Zealand can kill you—not snakes, not insects, not bears. But the plant life will try. South Island battles with tussock and Spaniard grass will leave you looking like an inexperienced nurse practiced IV placement on your legs.

New Zealand “tramping” (as they call it) is not for the faint-hearted, mainly because Kiwis like their trails as rugged and wild as they come. Often times, you must channel your inner mountain goat to navigate trackless scree fields and eroding grassy hillsides where one misstep may be your last. 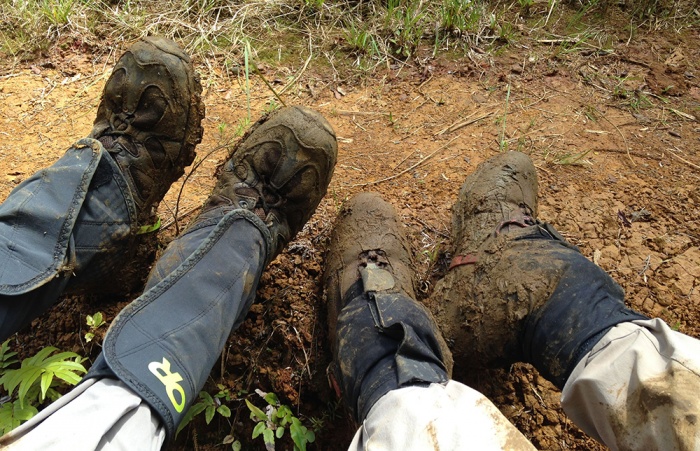 The South Island section of Te Araroa crosses 200 rivers. Beyond the risk of trench foot, there’s the risk of drowning, deemed the “New Zealand death.”

9) A Hat, Sunscreen, And Sunglasses Are Must-Haves

The ultraviolet rays in New Zealand are very strong and the trail spends a lot of time leaving you exposed, on roads, beaches, and ridgelines. Guaranteed worst tan lines ever.

Very few get it right. Te Araroa is pronounced tee-are-a-rho-o.

Knowledge is power. Get ready for a diverse terrain of mountains, volcanoes, valleys, rivers, lakes, beaches, and farms. Te Araroa is unlike other trails, but if you had to compare it to America’s top three long-distance trails, it could be called a hybrid of the three. It has the wet and crazy weather you experience on the Appalachian Trail, the exposure to elements and views you experience on the Pacific Crest Trail, and the navigational challenges you experience on the Continental Divide Trail.

Still, no amount of preparation can equal an open mind.

Patrice La Vigne is a writer and adventurer who lives a life less ordinary with her husband, Justin La Vigne. The self-proclaimed nomads spend more time outside than inside with their main passion being backpacking. The couple walked the length of New Zealand’s Te Araroa in 2014-15 and are currently on a nationwide speaking tour about their trek. The tour includes 31 stops in 17 states, including Gear Junkie’s home of Minneapolis. For a complete tour schedule, check out www.wanderinglavignes.com.

Up Next: This Travel Duffel Is Designed For Sketchy Border Crossings