Home » Outdoor » Hiking » Beyond The Gear: 9 Questions With Eric Larsen

Famed polar explorer Eric Larsen discusses his favorite gear, not being ‘good at anything,’ and almost getting eaten by polar bears in our exclusive interview series, Beyond The Gear. 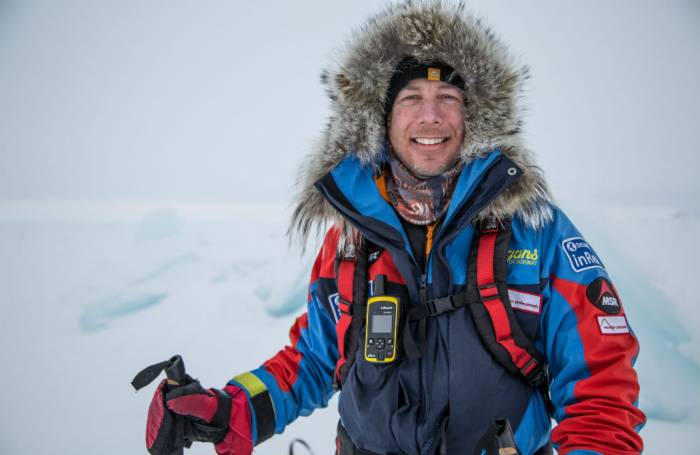 Eric Larsen bears the sole honor of reaching all three of Earth’s “poles” in one year: North, South, and the top of Mount Everest. (He also completed the first summer expedition to the North Pole.) The Wisconsin-born adventurer has a penchant for the cold and inhospitable landscapes of the planet, though he’ll tell you that’s a dying endeavor.

Larsen was famously quoted in 2014 before an unsupported 500-mile trek to the North Pole that his “may realistically be the last opportunity anyone has” to make the overland trip. A fervent crusader in the fight against climate change, Larsen, 45, uses his ongoing accomplishments and platform to raise awareness about the changing polar environment. Look for his upcoming retelling of the 2014 expedition, On Thin Ice, hitting bookshelves in October.

GearJunkie: Looking back, who first got you into the outdoors?

Larsen: Well, I did grow up in Wisconsin. There aren’t mountains; there aren’t oceans; but there is winter, and back then it was pretty snowy and cold.

My dad was the director of a local nature center, so I spent a lot of time outside growing up. I also read a lot of expedition journals. By the time I was in high school, I was planning my own wilderness adventures by canoe, bike or whatever. After college, I got a job as a backcountry ranger in Alaska and a whitewater canoe guide in Colorado. 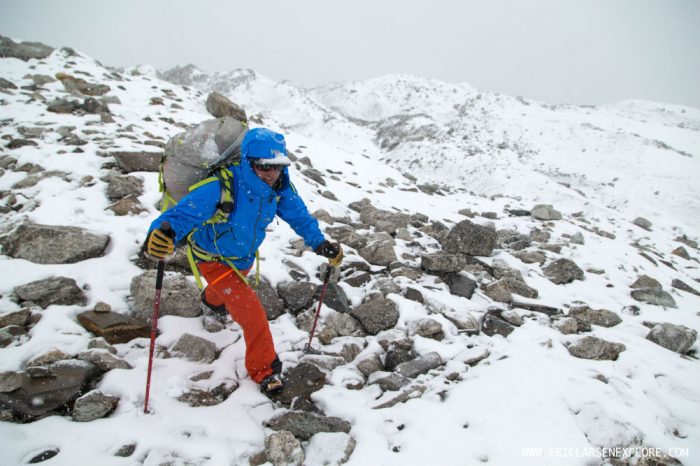 Somehow, I landed a job as a dog musher in northern Minnesota and that’s when I went on my first big expedition to the Canadian Arctic. It wasn’t always easy and I gave up several times pursing “real” jobs in environmental education for several years. By 2001, I was back into full-time dog sled expeditions which eventually morphed into polar and mountaineering expeditions.

Realistically though, I love camping so I think I was always trying to figure out how to be a “professional camper” – even though the job never existed.

What would you tell someone new getting into the outdoors?

Welcome. It’s so nice to see someone else here!

Seriously though, my biggest piece of advice to anyone is to take the time to learn and make mistakes. Success doesn’t come all at once and failures provide great opportunities to grow and learn.

I also think it’s important to tell your story as it is, not as you feel it should be. Too often people try to portray themselves as stronger or faster or more hardcore when in reality their genuine perspective is the thing that matters the most.

What would you be doing if you weren’t pursuing your current passion? 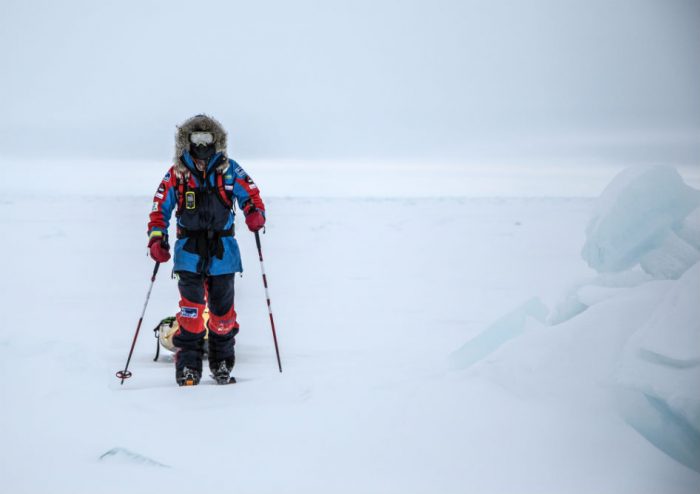 It’s really hard to separate myself from my passions because they are so integral to who I am. Expeditions, photography, storytelling, being outside, camping – bikes. Take away that and there’s not much left! There are times however, when I’m freezing and it’s 40-below, that I dream of a climate-controlled cubicle in some brainless 9 to 5 job. But those feelings are fleeting.

What are you not good at?

I’m a generalist, so I’m decent at a lot of things but not an expert about very much. I’m a terrible Alpine skier. I’m also not a very good rock climber. Long boring suffer-fests, however, are totally in my wheelhouse.

Tell us a quick story of a time when you were afraid?

I feel like fear is a big part of my adventure life as I am continually in situations with objective hazards: thin ice, rock fall, avalanches, polar bears.

On day five of my 2014 North Pole expedition, we had two polar bears come within 15 feet of my sled. I just happened to stop and turn around, which is when I saw them. We shot off a couple of flares and they kept coming toward us. Luckily, we happened to be pulling my sled which had a gun inside and I was able to get it out and shoot off a larger, louder cracker shell that scared them away.

Had we been pulling my partner Ryan’s sled we would be dead right now.

Still, those types of fear, while more concrete, are fleeting. Worse is the fear that comes from imagined situations and inside your mind. The overall stress of a big expedition, the fear of failure, the fear associated with an increasingly risky set of decisions… that type of fear can be debilitating.

What’s the “next big thing” in your area of passion/your sport?

I think the leading edge of adventure is focused more on the ‘how’ than the ‘what’. The new challenges lie in trying to do traditional adventures a more elegant style or more mindful way. I do think there are still “firsts” out there as well – things that have never been done before.

There are still mountains that have never been climbed and areas that few people have visited, but I think with any of these it is more about going farther distances in shorter amounts of time.

Additionally, there are some huge opportunities combining adventure with film-making and storytelling.

Oh man, just one piece of gear? I swear by the DeLorme inReach. The MSR XGK EX is the best stove ever invented. Basically, anything made by Granite Gear (packs, luggage, packing systems) and all Helly Hansen base layers. I’ve been using the new Therm-A-Rest x-therms a lot more now, which I love!

Weird question: If you could be any animal… what would it be, and why?

There is a bird called a shrike. It’s not really a raptor but it acts like one. Because it doesn’t have sharp talons it grabs its prey – mice and frogs – and skewers them on thorns. While I may not have the same killer instinct, I feel though I’m not the most gifted natural athlete, I work, plan, and prepare really hard to achieve the same goals.

What is your next adventure? What are you currently excited about?

I’m currently on the adventure of life. With two small kids, a huge priority for me is spending time with my family.

I have a book coming out in October called On Thin Ice about my 2014 North Pole expedition. After that, lots in the works. All I can say is that I’m going somewhere cold!

Up Next: Beyond The Gear: 9 Questions With Andrew Skurka

Saving…
Beyond The Gear: 9 Questions With Andrew Skurka
Cleaning Up The PCT: 620lbs Of Trash And Counting
×