The founder of survival-gear brand Prival spent seven days in the mountains with little more than the clothes on his back. His goal? To prove a card-size tool is up to its purported survival tasks. 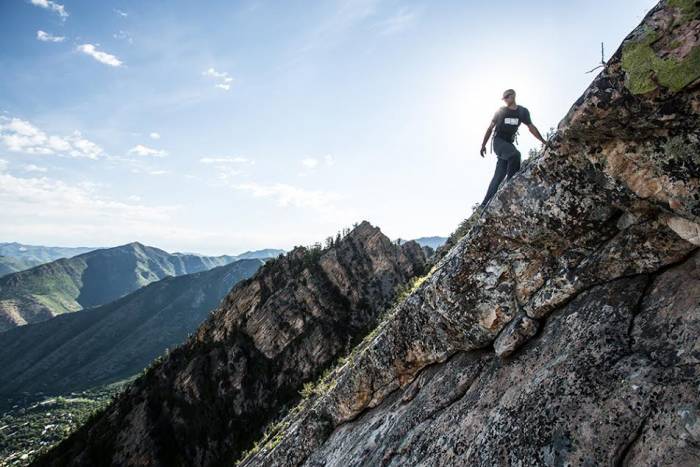 Tony Pavlantos, 31, does not love the taste of grubs. But he’ll eat them if he must, and last week he ate a lot of bugs.

Pavlantos, a guide, wilderness-survival tactician, and founder of Prival, put himself alone in the mountains without shelter and only three day’s worth of food.

He stretched rations by munching on insects during a self-inflicted survival outing to tout his new brand and its debut multi-tool product.

While admittedly something of a publicity stunt, Pavlantos’ trek was a pretty good one. He was challenged with a big wilderness traverse, testing mettle on a 71-mile solo hike of the Wasatch Range in Utah.

He left civilization with a small pack including basic layers, three days of food, and fishing line. He did not bring a tent or sleeping bag, instead passing each night in lean-tos he made with logs and sleeping on grass bedding for warmth.

Pavlantos’ means for fire-starting and basic tasks was Prival’s card multi-tool, the NWS. The NWS name is derived from the phrase “No Weak Shit.” It is currently on Kickstarter for $10. 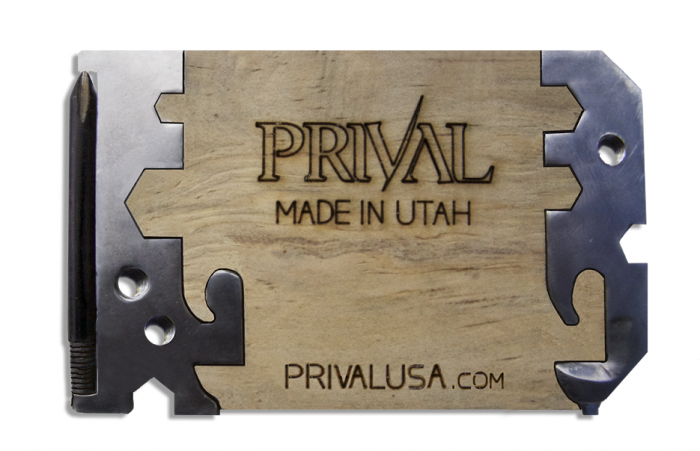 The NWS consists of pitchwood, a highly combustible, resin-saturated wood, bookended by two finger-size steel tools. It includes a ferrocerium rod for fire-starting.

“I used three pitchwood cards to light all my fires,” Pavlantos said. “The tool blade was used to scrape the wood shavings and then scrape the [ferrocerium] rod to ignite the shavings and start a fire.”

Hex drivers and bottle openers are not the most useful tools in the woods. But for gear-oriented trips, the NWS is an interesting design with fire-starting potential.

It is surely a mistake to go into the wild without basic survival equipment. But for Pavlantos that was entirely the point.

“I wanted to show what happens when you’re unprepared,” he said. “I wanted to push my survival skills and use this as an opportunity to educate.”

Though Pavlantos does not recommend people embark on his lofty goal — a 71-mile link of the Big Cottonwood Ridge traverse and the Wasatch Ultimate Ridge Linkup (the WURL) without necessities like a sleeping bag, tent, and stove — he did find the tool to be useful.

“It was a mental crutch knowing I could have fire at any time,” he said. “My shoelaces froze so to pull the laces loose, I grabbed them with the full hook part of the tool. The metal is reflective and can be used as a signal mirror. I practiced aiming it at targets, pretending they were rescue parties.”

Pavlantos used social media platforms to document his experience and points to this as a strange but saving grace. 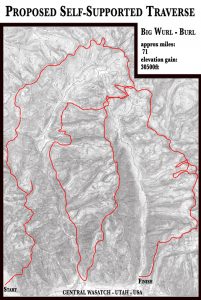 “It was weird,” he said. “I didn’t experience that desperate feeling of isolation. Maslow’s Hierarchy Of Needs was met whenever I had cell reception.”

The digital connection also served as comic relief. Pavlantos accidentally kicked over his dinner while snacking on grasshoppers and answering comments on Facebook Live.

“I looked into my phone and swore,” Panvlantos recalled. “It was pretty funny. I had to slurp my meal up off the ground while I was still on Facebook.”

The trip was originally scheduled for 10 days. But when late fall turned into winter in the Wasatch Ridge, Pavlantos reconsidered.

“I got beat down by the snow and the rain, the fish stopped biting, and I rationed my dried food to get to day seven,” he said. After a resupply, he set out to attempt the WURL route but exhaustion made him change his mind.

“Knowing when to call it is always a good thing. It’s important to show people that it’s OK to pull the plug when your gut tells you to, rather than trying to be a superhuman and gut it out. That’s not safe. And that’s not what Prival is about.”

As for educational takeaways, Pavlantos found humor a saving grace out there.

“If you put frozen grub worms in your pocket, the heat from your thigh will melt them, they will come back to life, and crawl up your leg,” he said. “I did not know that could happen.”

–See info on Pavlantos and the Prival NWS NWS Tool.

Up Next: Unable To Hike, Woman Carried 79 Miles On AT