The free adventure was part of a hiking promotion — and a $10,000 donation to benefit some of America’s top hiking trails.

The Long Trail is a 272-mile footpath following Green Mountains’ ridgeline from the Massachusetts-Vermont state line to the Canadian border. It crosses Vermont’s highest peaks and includes 166 miles of side trails and some 70 backcountry campsites. 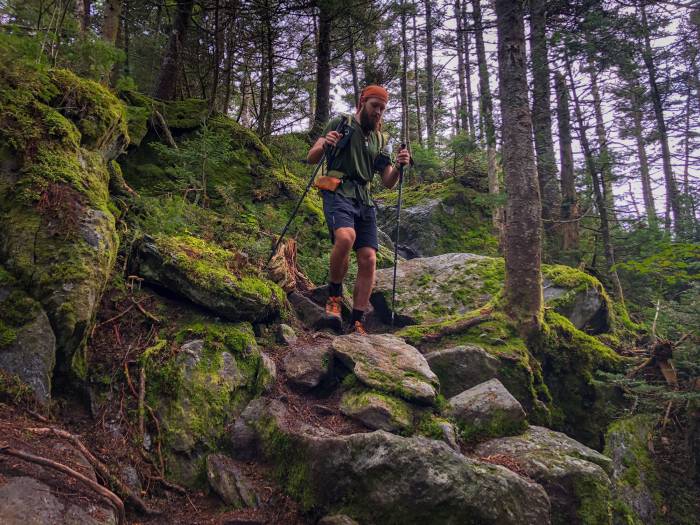 Built by the Green Mountain Club, the Long Trail is the oldest long-distance hiking trail in the United States. It has been a cornerstone of hiking in the East since its completion in 1930.

“It’s right in the backyard of so many Vermonters, which gives it great accessibility while still being a ‘footpath in the wilderness,'” said Kristin McLane of the Green Mountain Club.

Learn more about the Long Trail firsthand below. But first, here’s a little background on how our lucky winners got there in the first place.

For the Find Your FKT challenge, GearJunkie readers voted on their favorite of nine iconic trails around the country, from the Appalachian Trail to the Pacific Crest Trail and everything in between.

The grand prize winner received an all-expenses-paid weekend hike with a friend on the trail of their choosing.

Hiking trail associations also had a chance to win big. GearJunkie partnered with Merrell to donate $10,000 to trails. Wisconsin’s Ice Age Trail received more than 8,000 votes and won $5,000. The other eight trails, including the Long Trail, split the remaining $5,000 donation.

According to McLane, the donation will help keep the Long Trail System “going now, through greatly increased usage, and for future generations.” 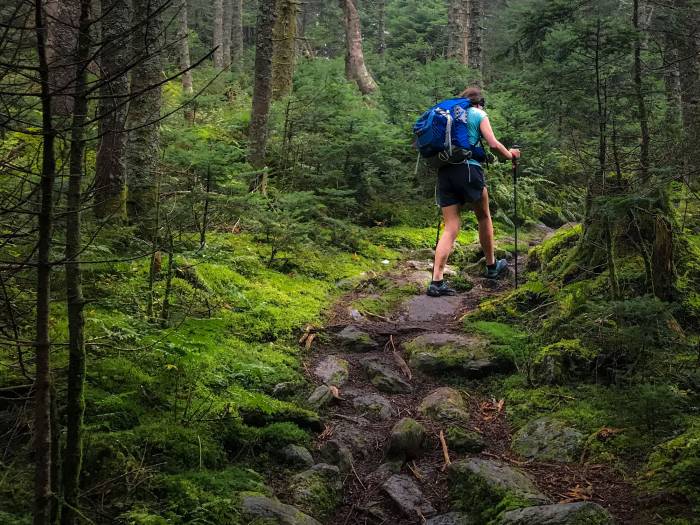 Tales From the Long Trail

Our lucky winners, Taylor Key and Bennett Fischer, are fresh off their Long Trail weekend. They shared a few of their favorite moments from the 13-mile hike, which took the duo over two of the state’s 4,000-foot peaks.

After arriving at the trailhead near midnight on the first night, the couple found a campsite one-third of a mile down the trail. An evening rain timed up perfectly.

“The pitter-patter on our tarp, as we all know, is the most soothing and comforting sound,” Key said.

“We slept so peacefully and hard that first night. Being nestled into the thick forest and rocks with the damp, rainy air felt like home way more so than any house or hotel.” 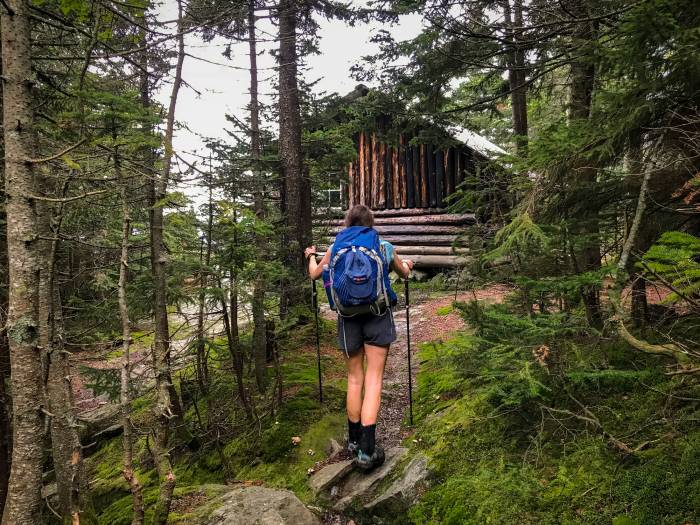 On the second night, the pair arrived at the Glen Ellen Lodge just in time for sunset.

“The clouds and fog cleared for us to see the colors fade to black as we cooked dinner,” Fischer said. “We had the shelter to ourselves, so it was exactly what both of us needed to unwind, relax, and reset.”

Gear to Go the Distance

Fischer said what he learned most on the Long Trail is to always have a plan but don’t let it control the flow and fun of the adventure.

“If you want to only hike four miles and swim under a waterfall the rest of the day, then do it,” he said. “We are out here to have fun, not to see who can crush the most miles. But even that can be the most fun sometimes.” 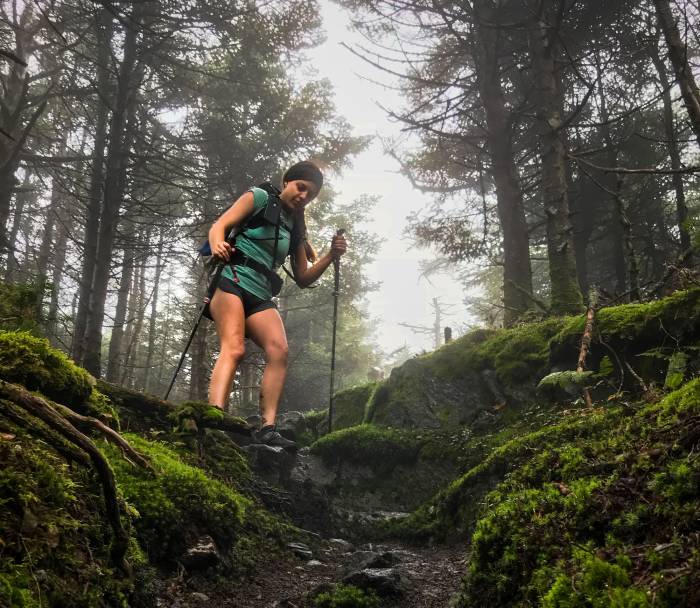 Along the way, both hikers tested out Merrell’s MQM Flex Gore-Tex shoes, which they called the perfect balance of stability and flexibility — with the benefit of waterproofing for those muddy Vermont trails.

“It’s a great piece to layer with or wear standalone while hiking in cool mornings,” he said.

“The fabric kept me cool and dry no matter how steep the trail got,” she noted.

But among the perfection of a weekend outdoors came a few memorable mishaps. The first were some laughable moments navigating slippery rocks and sliding in the mud. Vermont isn’t nicknamed “Vermud” for no reason, Key said. 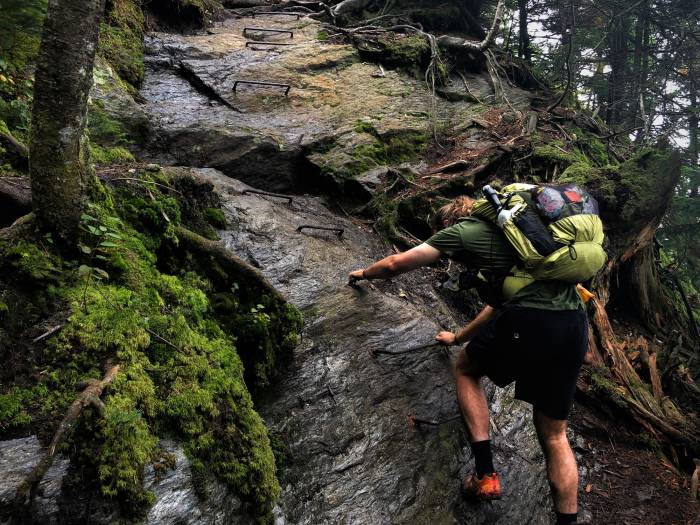 The second adventure actually came upon exiting the trail.

“After walking through the woods for two days, only seeing a few hikers, we came out on the extraction road to a biking race!” Fischer laughed.

While we can’t recommend it for safety reasons, the dirty duo decided to hitchhike home to Burlington. It took three rides. The first was with a nice biker from the race. The last was from a mom.

“I’ll never forget it,” Key said of the rambling drive through Vermont’s green hills and dirt roads. “She asked if we could drive her car so she could ride in the back to soothe and play with her adorable kiddo.” 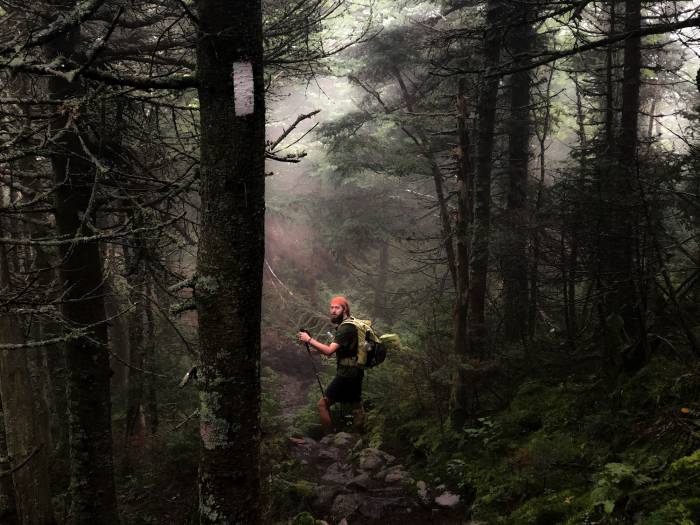 In the rear view, they were reminded why they play in the outdoors anyway.

“Bennett and I are both from Alabama, but we’ve been split between California, Colorado, and Utah for the last year,” Key said.

“Sure, there is green in all of those states, but it doesn’t compare to the green of Appalachia.”

Up Next: $10K for 10-Year-Olds: ‘Young Heroes’ Are Doing Big Things Outdoors