After nearly 30 years of carrying the .270 Winchester as my rifle of choice, I made a leap forward to its modernized kin — the 27 Nosler.

Nostalgia is a funny thing, and us seasoned hunters have more of it than most. It’s easy to look back at your childhood and remember your early hunts so fondly that you gloss over the frozen toes, poorly executed shots, and myriad other hardships that befell hunters decades ago and still do today.

So when I think back over nearly 30 years of big-game hunting, it’s hard to criticize my Remington 700 chambered in .270 Winchester.

It’s among the most classic hunting rifles of all time, and it’s reliably put meat in the freezer, from whitetail deer in Wisconsin to elk in Colorado. Sure, it’s had its downfalls, but those seem vague looking back through the haze of time.

But I still wondered, could a new rifle make a difference in my hunting? Nosler approached me last year with the launch of its 27 Nosler cartridge with a hard-to-refuse offer: Take the rifle hunting and see how you like it.

For many, this would be a simple review. Shoot the rifle, compare it to what’s on the market, and maybe score some meat along the way. But for me, it was a struggle of modern versus classic, and reality versus nostalgia.

Would a modern rifle make me a better hunter? I guess it was time to find out.

The 27 Nosler: A Modern Masterpiece of Firearm Technology

Before I jump into my impressions of hunting with the 27 Nosler, I want to take a moment to talk about this wildly powerful, technologically advanced piece of engineering. The 27 Nosler shares the same caliber as the storied .270 Winchester and other .27 caliber rifles.

But where it deviates from its barrel-diameter brethren is in case capacity.

That translates to incredible velocity for a 130- to 165-grain bullet. While relatively small in the world of big-game rifles, it launches them at incredible speeds of between 3,000 and 3,500 feet per second.

That translates into huge impact forces and a very flat trajectory. In terms of energy downrange, the 27 outshines the iconic big-mountain rifle, the 300 Winchester Magnum. Yet it shoots flatter than the 6.5 PRC. The numbers are impressive.

Obviously, the most incredible cartridge is worthless if you don’t pair it with the appropriate rifle. And Nosler’s Model 48 Mountain Carbon seemed an obvious choice for the high-mountain hunts I pursue.

Mated with a Leopold VX-3i scope, this rifle is a dream to shoot and carry. Nosler builds the stock out of carbon fiber. It also uses a very cool-looking “fully free-floating, Sendero light contour, carbon fiber-wrapped barrel.”

Together, that means the entire package weighs in at a scant 7 pounds 1 ounce. But what blew my mind is the lack of recoil for such a hard-hitting and light rifle thanks to the exceptional muzzle brake. The only real downside of this rifle is its price. All this engineering will set you back more than $3,000. If you’re looking for something more entry-level, check out our article on best bolt-action rifles under $1,000.

I’ve put a couple of boxes of the (admittedly expensive and hard to find) 130-grain ammo through the rifle. Once I got used to the insanely loud report, I realized that the rifle’s kick is much softer than my trusty .270. It’s so gentle that I saw my shooting improve quickly compared with my old .270. Within a box of shells, I was driving bullseye after bullseye at 400 yards at my local range.

Comfortable with the rifle and fall in the air, I headed into the field for the first rifle season in Colorado’s Flat Top Mountains.

I’ve taken hunting seriously for most of my life. As a child, I grew up hunting with both archery and rifles in Wisconsin. And since then, it’s been my primary meat source except during the years I’ve lived abroad.

So I have generally hunted in ways that made sense for my ability to find game, but also to take a shot at it once I find the target animal.

And with the classic old .270, that meant generally getting within 250, maybe 300 yards. That’s not because the rifle can’t make longer shots, but because I was not comfortable attempting them due to the only OK energy the rifle delivered. 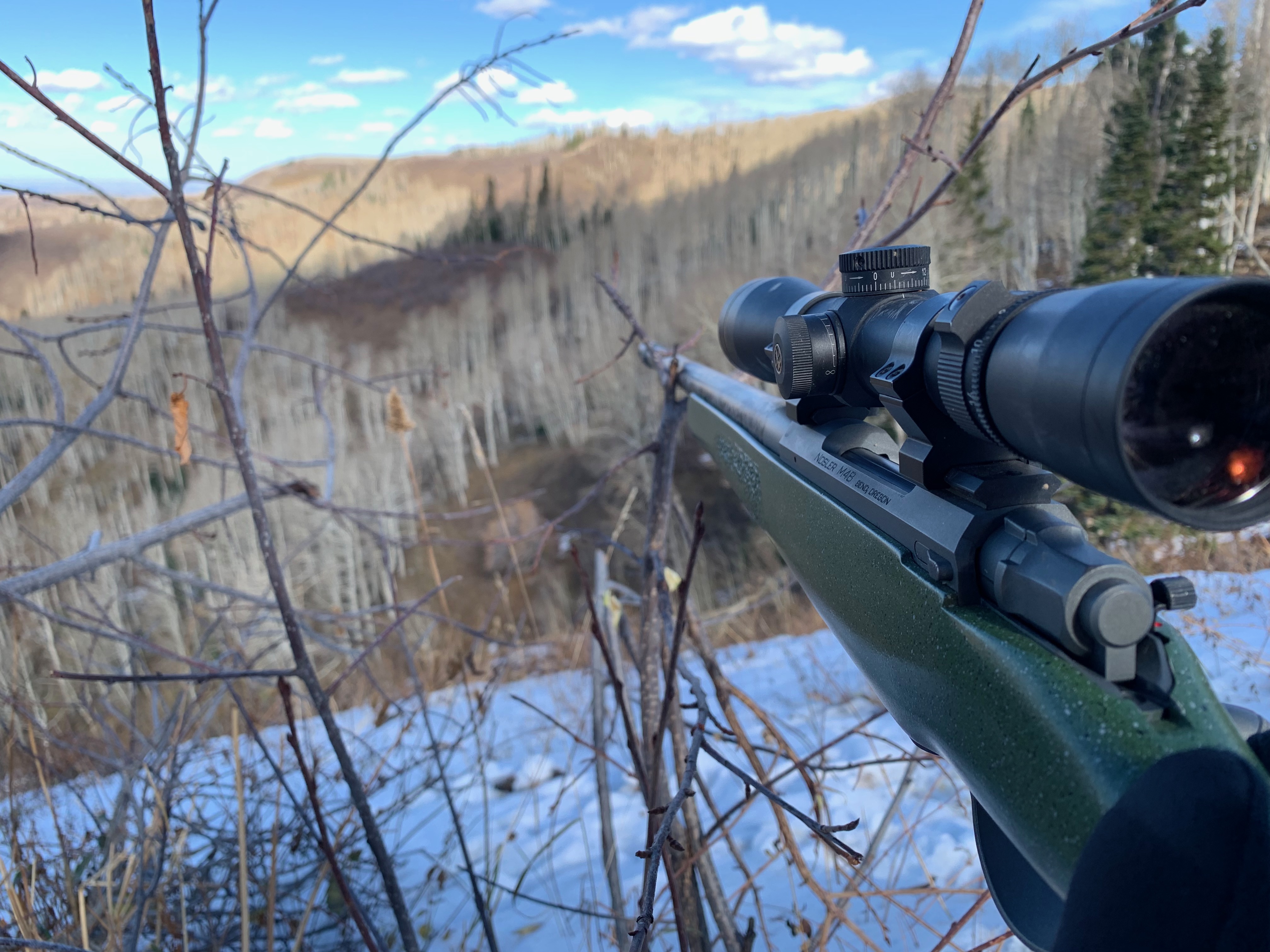 Stepping into the woods with the 27 Nosler changed my approach from day one. Suddenly, I was looking at open expanses of timber in a different light, and 400 yards became a very reasonable shot.

That meant I stopped looking at game trails from a bowhunter’s perspective and started looking at longer vistas. The things I watched “pro” hunters do on YouTube started looking a lot less silly and more practical. It put me in a position to enjoy sprawling views of meadows and mountainsides where I could enjoy some beautiful sunrises.

But did I see more elk? Unequivocally no. My rifle season was one of the toughest in my recent history. I only had one encounter that could have resulted in a shot, and that was a spike (illegal to shoot) on opening morning at 20 yards. My old rifle would have worked just fine.

So this is where the nostalgia kicks in. I’ve taken many animals over the years with my .270. It’s served me well. Even though I once drove over it by accident with my car, it still shoots very accurately.

Is it worth tossing the old to usher in a new, high-power, modern upgrade? Will it mean more meat on the table?

Those are tough questions. Hunting means hard work. But it also means incredible experiences in the wild places I love. And by updating my firearm to a modern, exceptionally capable tool, I give myself the best possible chances at success. I also take a few pounds off my back and add a lot of confidence to longer shots.

Of course, there are downsides. So far, 27 Nosler ammo is really difficult to find. Even online, it’s only available occasionally, and it usually costs around $100 a box. On the other hand, .270 ammunition is still relatively plentiful and cheap.

The rifle is also really powerful, and because it’s still so new, it’s hard to find light ammo. For lighter game, you may see results that are a bit overkill, as did one hunter I know who took a pronghorn with the 27 Nosler. But she did remark that the shot at that distance proved flawless, which is worth a bit of meat loss.

If I have to choose which rifle to grab next elk season and that Nosler is still sitting in the safe, it’s a sure bet that I’ll reach for it, maybe with a twinge of nostalgia as my hand reaches past the scarred and experienced Remington 700.

Because even with all the memories associated with that wood-stocked, classic rifle of the 1980s, there’s still a lot of time to put more meat in the freezer — and more memories in the bank.