A scientific focus on the way whitetail deer see the world informed the new First Lite Specter camouflage pattern. It will hit shelves in spring 2021.

First Lite has long been synonymous with high-end direct-to-consumer products in the world of Western hunting.

But the brand’s effort to strengthen its whitetail offerings ramped up in force over the past few years. And a new camouflage pattern aims to round out the line. 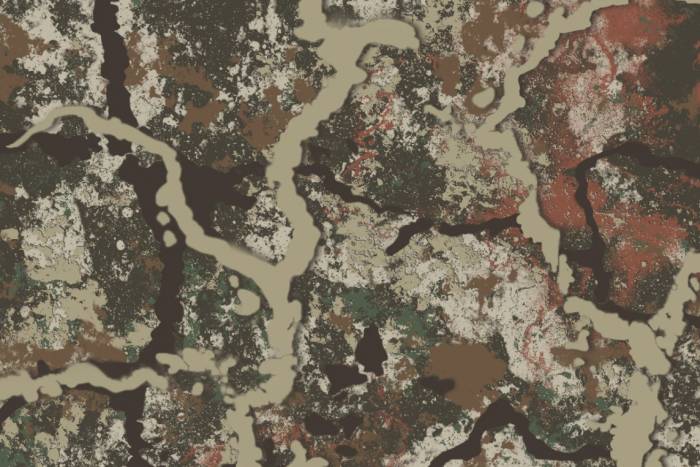 Many well-known camouflage patterns focus on concealment by way of blending into local vegetation. First Lite opted to take a different route. By studying the way deer see their surroundings, macro and micro patterns work together to break up the hunter’s silhouette. This is similar to the tech used in both Fusion and Cipher, the brand’s Western-focused patterns.

Seven colors from whitetail habitat integrate into the pattern, mimicking the colors of trees, sky, and vegetation. A balance between light and dark blends into the setting of tree canopies for the treestand hunter, and the focus on these specifics ensures early- to late-season viability across whitetail-friendly ecosystems.

“The ability to disappear in the whitetail woods is specific to not only the way deer see the world around them, but also the environment and situations in which we hunt them,” said Gregg Farrell, First Lite’s whitetail product line manager.

“These were the driving factors for why First Lite developed the Specter camouflage pattern, and based on science and experience, we believe it to be the most effective whitetail pattern available.”

First Lite Specter will also be available on the gear of First Lite partners and collaborators, including Mathews Archery. The bowmakers will include Specter as a choice as part of the 2021 bow lineup.

Up Next: BASE Flying: BMW Unveils Motorized Wingsuit — and It’s Electric!