I’ve spent a couple hundred days in these waders while fishing some of the most demanding water in the Pacific Northwest, and I still can’t find a leak. 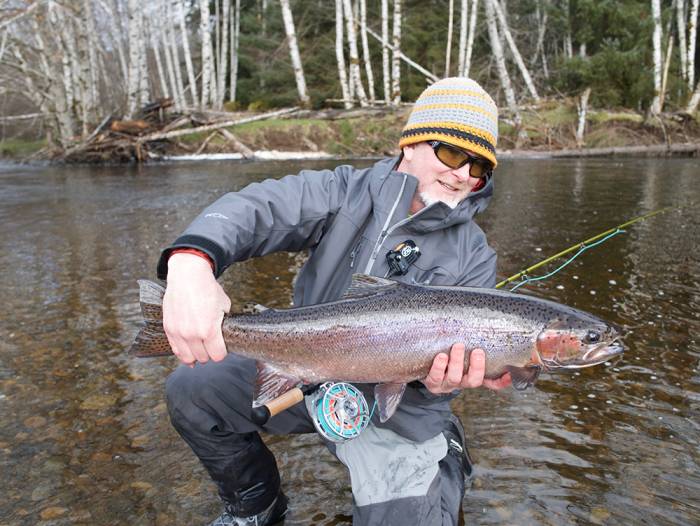 Three years ago Patagonia had a problem. Some of its high-end waders failed out of the gate, underperforming mid-tier offerings and frustrating anglers in the process. 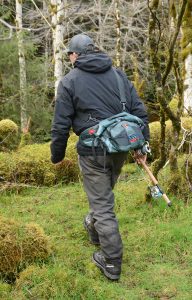 So what to do? Patagonia formed a wader task force to identify weak links in the manufacturing chain and eliminate variations in production. After 24 months of research and testing, the task force identified and corrected the issues, and out of the abyss crawled the Rio Gallegos waders.

The new waders offer numerous upgrades over previous models. In particular, single-seam design and lighter-weight materials. These, the brand claims (and I support), offer significantly more abrasion resistance. In addition, Patagonia shaved two inches off the chest, waist, and hips of these waders, making them slimmer, but not too tight. To keep the water out, these waders employ Patagonia’s four-layer “H2No” fabric that rivals Gore-Tex in performance and reliability.

Anglers who need highly reliable waders for comfort and safety (read, “avoid hypothermia”) will appreciate the Rio Gallegos, whether they fish hard on local waters or travel around the world to pursue exotic species.

Anyone who ruled out Patagonia’s waders due to previous production issues, and/or the $499 sticker, should take another look. I did, and here’s what I learned.

These lightweight, breathable, boot-foot waders can be used year-round. During late spring, summer, and early fall you’ll want to wear a light base layer underneath; you’ll need heavier layers during colder weather. Because Patagonia trimmed two inches of fabric from the chest, waist, and hips of its old waders, you’re likely to be more comfortable in the Rio Gallegos.

Compared to previous versions, these waders don’t feel baggy, and the fabric doesn’t clump or get caught on gear, such as oar locks when climbing into or out of a boat. Despite being constructed with four fabric layers, these waders are highly pliable, especially when comparing them to other similarly priced brands.

Patagonia claims to have “maintained a soft, supple drape to the fabric,” allowing them to move more freely. In my experience, these waders moved well with my body and didn’t bind when I crawled over logs, or leaped from one boulder to another, or stretched out to net a fish.

I mean, you won’t see me trail running or shooting hoops in these, but I will wear the Rio Gallegos on the water all day without complaint.

One of the most maddening facets to wearing waders is trying to take a leak, and fast when the need strikes. Whether you’re on a river, lake, or stream you have to hit shore to go.

Worst of all, once you’re at the bank, it’s the standard routine: Remove your rain shell or insulating layer, unclip your suspenders and remove from the shoulders, yank the waders to your knees, and proceed. In all, it’s a long process, and especially harmful in a downpour, because once you’re wet inside your waders, you’re wet all day. 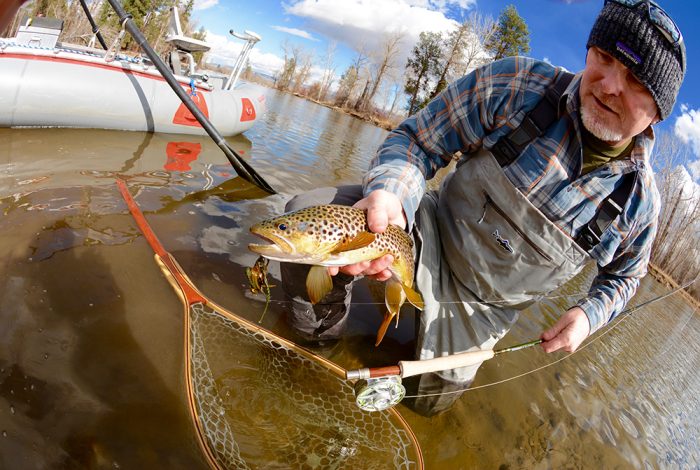 Bring in the Rio Gallegos and its revolutionary suspender system. These allow conversion from chest height to waist height with a quick flip of the shoulder-strap clasps. That process drops the waders low enough to relieve yourself without having to remove a rain jacket.

This is a big deal when you’re already cold, there’s a wind chill, and getting wet means you’re done for the day.

These waders offer some nice pockets, including a reach-through exterior hand-warming pocket (I wish it was fleece-lined on both sides instead of only one side), a zippered exterior chest pocket, and two interior pockets for additional gear. And the waders come with removable knee pads, a godsend for me after 20 years of hardcore hoops. The anatomically fit left and right booties keep the waders from bunching up in wading boots.

The Rio Gallegos are available in regular, long, and short models. These work for men or women, although Patagonia’s female-specific model (the Spring River) might be a better cut for some.

Waders have one purpose: Keep the water out. If they can’t do that they serve no purpose. These waders, as you would expect from the brand and the price, are built with that singular idea in mind. For me, they performed flawlessly over the past two years. I’ve taken these waders through old growth forests while pursuing steelhead on remote islands in northern British Columbia. 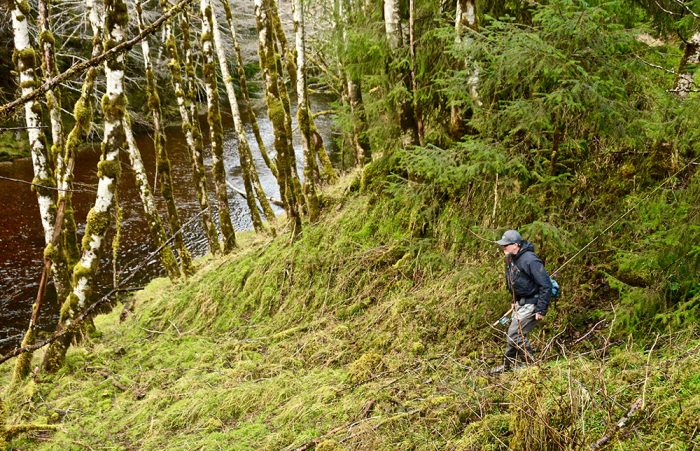 I’ve also pushed my way through blackberry thickets and thorn-laden brush patches while targeting steelhead on Idaho’s Clearwater River. And I’ve worn these hiking into and out of (five miles each way) some remote bull trout and cutthroat waters in northern Idaho. I’ve put these through rockslides, climbs over high banks, and slides down mixed rock and dirt avalanche shoots. And still, to this day, no leaks.

Here’s why: The single-seam construction removes seams from the high-friction inner legs area. Additionally, Patagonia’s four-layer fabric system allows condensation (i.e., sweat) to escape from inside the waders. Gore-Tex is the waterproof/windproof mega-star of the outdoor world, but Patagonia’s “H2No” system seems the equivalent—and its new tricot lining (one of the four fabric layers) is 27-percent lighter and 42-percent more abrasion resistant than fabrics used on previous models.

Understand that I am not fair to my gear. I beat on it in the field and don’t take good care of it when I get off the water. In other words, I don’t rinse or store it with any kind of love. Realistically, I’ve covered 300 miles in these waders and fished in them for hundreds of hours. And still, they hold out water. I’m tempted to fill them with rocks, tie them to my trailer hitch, and drag them behind the F-150 just to see how many miles I can go before they disintegrate. 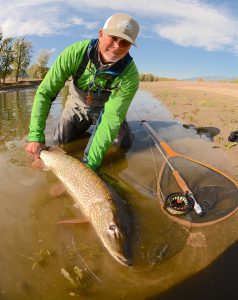 If you’re still asking why you’d spend $499 on waders with a tainted track record, consider this. If I get one more season out of these waders, the Rio Gallegos would prove to be—after nearly 30 years spent on Pacific Northwest waters in a variety of wader brands—the most durable waders I’ve worn.

When I met with Patagonia at the 2016 ICAST show in Orlando, the company’s director of fishing told me the Rio Gallegos are enjoying less than a 0.5-percent failure rate. And when a pair does fail, Patagonia can trace that failure back to the point of production, because every pair carries a serial number.

That’s not going to help you if your pair springs a leak in Alaska, but it does indicate Patagonia’s commitment to this product. In my opinion, they got it right.

Up Next: Inflatable ‘Stash’ Coolers Blow Up Like A SUP Board